Topics » Nutrition Science » Milk: Is It the Elixir We’ve Been Sold? 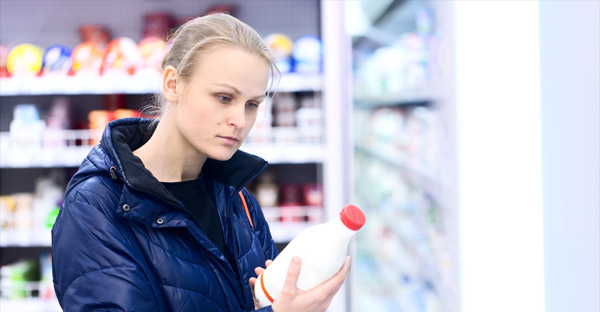 Milk: Is It the Elixir We’ve Been Sold?

Milk sales first began to slow in the US in 1970, and the industry has been scrambling to stop the free fall ever since. Although the connection between milk, calcium, and bone health has been the cornerstone of dairy advertising, the industry has also engaged in continual efforts to expand the image of what milk can do for Americans. But no matter what purported benefits they use to entice consumers, the dairy industry has been plagued by an absence of credible research to support their assertions.

On August 16, 1974, the New York Times reported that the FTC had filed a formal complaint against commercials promoting milk, calling them “unfair, false, misleading, and deceptive” advertising, and implicating the California Milk Producers Advisory Board and their advertising agency. The FTC objected to the use of the slogan “Every Body Needs Milk,” and said that milk wasn’t only unnecessary but could harm some individuals. The ads at issue not only suggested milk was essential but asserted that the white stuff “could prevent colds and arthritis.”[1] This marked a turning point for dairy-industry ads, which, over the next four decades, would portray milk as a panacea.

First came the claim that milk was a sports-recovery aid that enhanced athletic prowess, but a scientific panel appointed by the federal government rejected that claim[2]. Then came the $200 million campaign claiming milk drinking aided in weight loss. The problem was a review of 41 randomized clinical trials, including a Harvard Medical School study, demonstrated it did nothing of the sort. Harvard’s Walter Willett, MD, PhD, said the assertion “has been totally discredited by research not funded by the National Dairy Council.”[3] Yet it took a lawsuit, and reprimand from the USDA, before the industry would abandon the campaign.[4]

More recently, the dairy industry asserted that milk drinking can help reduce the symptoms of PMS. They named it the “Everything I Do Is Wrong” campaign, suggesting that men are the real victims of PMS because they must endure women’s irrational behavior. The ads drew sharp and widespread criticism and were pulled in mere weeks.[5] But it wasn’t only because the ads were offensive to women. Once again, the claim couldn’t be substantiated by science. “Milk is the last thing I would recommend to women with PMS,” said Christiane Northrup, MD, an internationally recognized, board-certified gynecologist and the bestselling author of Women’s Bodies, Women’s Wisdom. “In my clinical experience,” said Dr. Northrup, “milk and dairy consumption are often associated with an increase in PMS and menstrual cramps. There is absolutely no evidence that I’m aware of that drinking milk actually improves any aspect of a woman’s menstrual cycle. It’s just the opposite.” Since menstruation, and the unwanted symptoms that often accompany it, is orchestrated by the delicate economy of hormones in the body, and each glass of cow’s milk contains nearly 60 different hormones and growth factors, the observations of Dr. Northrup and others who treat the condition shouldn’t be surprising.[6]

So what about the very claim that the dairy industry was founded upon — the one that asserts that cow’s milk is essential to ward off bone fractures in humans? As it turns out, there’s substantial evidence that contradicts this claim as well. A case-control study of elderly Americans published in the American Journal of Epidemiology showed that supplementing the diet with cow’s milk did not reduce the incidence of bone fracture at all.[7] The Harvard Nurses’ Study, which included more than 77,000 women, found women who drank three or more glasses of milk a day had no reduced risk of hip or arm fractures during a 12-year follow-up period when compared with women who drank little or no milk.[8] The Health Professionals’ Follow-Up Study, also from Harvard researchers, reviewed 43,000 men, and found no relationship between calcium intake and bone fracture. A meta-analysis of six prospective studies involving a total of 39,563 men and women examined milk consumption and risk of bone fracture. The authors concluded that people who consumed less than one glass of milk a day were at no greater risk of bone fracture.[9] Once again, a 2014 study showed that high milk consumption as a teen did not lead to a lower risk of hip fracture later in life.[10]

Since drinking cow’s milk appears not to be a reliable means to prevent bone fracture in humans, from a pubic-health standpoint it seems prudent that we disclose the risks associated with following such advice. For example, there’s a plethora of studies showing a relationship between milk drinking and prostate cancer risk, and Harvard researchers called milk drinking, “one of the most consistent dietary predictors for prostate cancer in the published literature.”[11] We know that the majority of the world’s population can’t properly digest the sugar in milk, called lactose, and may needlessly suffer from gas, bloating, and cramping when they consume it. We know that milk and dairy products are the number-one source of saturated fat, which is a risk factor for heart disease, the number-one killer of Americans. We know that results from a number of studies suggest that the lactose in milk may increase the risk of ovarian cancer.[12] Each 10 grams of lactose consumed (about a glass of milk) may elevate risk by about 13 percent. Milk is also frequently contaminated with dioxin and PCBs, both of which are human carcinogens, as well as lead, cadmium, and pesticides.[13]

Each attempt to broaden the public’s perception of what milk can do for them has been plagued with a similar significant problem, the research to support the claim is either thin or nonexistent. Perhaps this is one reason for the drop of 36 percent in per capita milk consumption between 1970 and 2011[14]. It appears that the dairy industry is experiencing a protracted emperor-has-no-clothes moment in which consumers are finally beginning to realize that dairy-industry promises just aren’t panning out, and, moreover, the milk of a cow is no more essential to human health than the milk of a dog, elephant, or giraffe.

It appears that America’s taste for cow’s milk really is turning sour. Meanwhile, sales of more healthful nondairy beverages, such as almond milk, coconut milk, and soymilk, climbed to nearly $2 billion in 2013, a 30 percent increase since 2011.[15] The myth of milk as a magic elixir that will solve all ills no longer holds absolute sway, and a more balanced understanding is emerging, to all our benefits.