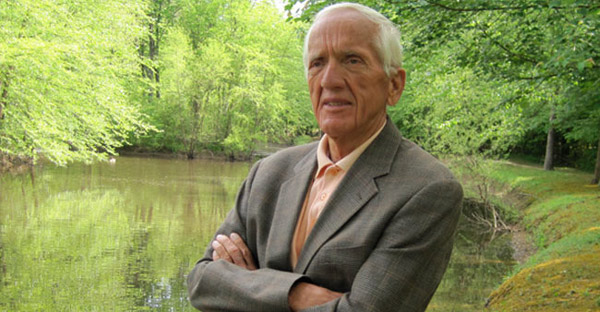 The Protein Juggernaut Has Deep Roots

The problems we face in our healthcare system are widely known and they are serious. We desperately need solutions, and I believe that we are overlooking an exceptionally good source of information that can help solve this problem. It’s called history. In this case I speak of the history of nutrition, and nowhere is this history better illustrated than in the history on protein. For this commentary, I will select comments from two rather long but unpublished papers of mine on the history of nutrition and cancer research written in 1985-86 when I was a visiting scholar at Oxford University.

Protein was first isolated in 1839 by a Dutch chemist, Gerhard Mulder, then named from the Greek word, proteios, which means ‘of primary importance’, an ominous baptism whose meaning still survives. Protein was isolated from meat, leading to the idea that meat and protein were the same; another mistaken belief that still survives for many people.

Carl von Voit, an unusually prominent German physiology professor in the late 1800s, recommended 118 g/day for an adult man of average weight, even though he had determined that 52 g/day was enough (later research showed even lower levels were enough). His recommendations continued to be promoted at 100-134 g/day by his students, some of whom became equally famous. By the early 1900s, the meat-protein linkage was firmly established in the minds of men. It defined macho man (in science circles, women had not yet been ‘invented’).

When evidence appeared on the consumption of protein, especially animal-based protein, it was questioned, distorted and/or dismissed as being the views of cranks. One bit of evidence questioning the association of protein solely with meat was the finding in the late 1800s that plants also had protein; but this evidence was dismissed by calling the protein from plants ‘low quality’. This was based on the finding that, gram for gram, animal-based protein promotes more body weight gain than does plant-based protein. To make this concept look ‘scientific’, fancy metrics like biological quality, protein efficiency ratio and amino acid score were used (I know well this concept from my graduate dissertation studies in the late 1950s).

But, growing bodies of people faster also means growing cancer faster, both promoted by hormone growth factors (we documented this in different ways in my laboratory at Cornell). Animal-based proteins, as a group, behave similarly in various body functions, being distinctly different from that for plant-based proteins.

Early research evidence that challenged the hypothesized supremacy of animal-based proteins was that of Russell Chittenden, prominent professor at Yale University during the late 1800s-early 1900s. He conclusively showed for young male students that physical conditioning (strength and agility) was consistently and substantially better for students on low protein diets (mostly plant-based) than for students on regular, high protein diets. He was severely chastised by his colleagues in the 1920s as if he had lost his mind.

For many people, questioning their consumption of protein, as opposed to other nutrients, is very personal, as if it were an attack on their religious or political persuasions. Such has been the response, for example, to the repeated demonstration that casein, an animal-based protein, substantially promotes both cancer and early cardiovascular disease. These findings continue to be doubted, ignored and even dismissed, especially by those who refuse even to look at the evidence. Such is their submersion into the protein myth.
In reality, there have been many reports during the past few decades showing adverse effects of casein, but I will save these for another time. When the history of cancer research and treatment is joined with the history of protein research and application, it becomes clear that, during the past 3-4 decades alone, the financial costs resulting from these misguided assumptions can be measured in the trillions of dollars (that’s with a ‘t’).

It is through our ignorance of history, especially that concerning protein, that we continue to repeat it. This history shows how we came to revere increasing consumption of so-called high quality protein and, as a result, we have substantially skewed our dietary practices in favor of the consumption of animal-based foods at the expense of plant-based foods. As a result, too many people (professionals included) justify this practice in the name of good science but they do so without knowing the historical basis for their views. We all pay the price.