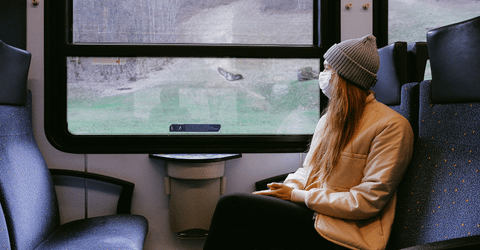 Industrial animal food production, especially chicken, places humanity at severe risk of a deadly pandemic. H5N1 influenza, for example, almost certainly evolved in industrial poultry operations in China in the 1990s, and now it is circulating in wild bird populations around the world. H5N1 is 60 percent lethal to humans. It is more than ten times as lethal as the 1918 influenza pandemic that killed 700,000 people in the US, and 50 million worldwide. The mortality rate of COVID-19, by comparison, is about one percent.

Many experts warn that H5N1 is only a few mutations away from pandemic form (i.e., easily transmissible between humans). If this occurs, more than one billion people could die. It would shut down society for years, if not longer, and be the worst disaster to ever hit humanity.

The good news is H5N1 does not have to mutate into pandemic form. It is within our control to prevent this catastrophe, so long as we eliminate the risks. That means eliminating or substantially modifying industrial animal agriculture operations. Because it is in those facilities where H5N1 is most likely to evolve into pandemic form.

This situation perfectly illustrates the harmful nature of current economic and political systems. These systems unintentionally compel businesses to degrade the environment and society. They require companies to prioritize shareholders’ returns over the well-being and survival of humanity. In the Global System Change books, I provide a whole system approach for evolving human systems and society into sustainable forms, with a strong emphasis on the corporate and financial sectors.

The fourth volume of the series, Sustainable Food Production and Diet, extensively discusses the many problems caused by industrial animal and crop production. The book describes how switching to a whole food, plant-based diet is usually the single most powerful action that individuals can take to improve their health, extend their lives, lose weight, protect the environment, relieve global hunger, reduce animal cruelty, and prevent severe pandemics.

This article discusses the links between industrial animal operations and severe pandemics, how flawed systems compel companies to mislead the public about pandemic risks, and the systemic and dietary changes needed to protect humanity. 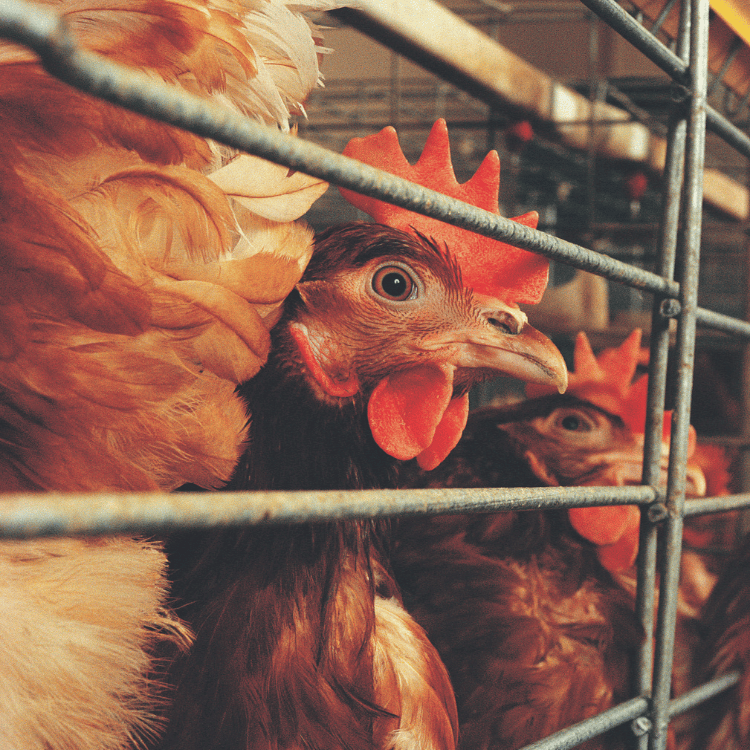 Influenza has been infecting poultry and humans in China for thousands of years. But like all viruses, influenza viruses evolve to protect themselves. H5N1 and other forms of highly pathogenic avian influenza (HPAI) rarely evolve in outdoor flocks because it would be suboptimal for the virus: if viruses kill birds too quickly, they could not spread to other birds. On the other hand, indoor industrial poultry production provides a nearly perfect environment for the evolution of HPAI. The evolution of HPAI coincides with the expansion of industrial poultry production.

Industrial broiler (meat) chicken production often involves concentrating 20,000–30,000 genetically similar, immune-compromised birds in a shed. Egg-laying hen operations frequently confine over 100,000 hens per shed, often in battery cages that allow little room to move. Chickens are packed together with little sunlight and fresh air. Beaks and toes are often removed to prevent injury during fighting. Birds live among a growing amount of their own waste. Ammonia and other noxious chemicals from feces burn chickens’ bodies and lungs and weaken their immune systems, making them especially susceptible to viruses.

In these environments, H5N1 and other HPAI viruses often maximize their well-being by evolving into deadly forms. H5N1 first emerged in China in the 1990s. Many experts say it evolved to HPAI form in industrial poultry operations. It then exited facilities and infected wild birds. Since October 2021, there have been nearly 3,000 H5N1 poultry outbreaks in dozens of countries. More than 77 million birds have been culled to prevent the spread of the virus.[1]

Chicken companies move birds indoors to avoid contamination from wild birds. This lowers chicken infections and raises profits, but greatly increases pandemic risks. That’s because even after chickens have been confined indoors, H5N1 is still able to enter and exit supposedly biosecure indoor poultry operations through vectors including birds, rodents, bugs, small mammals, air, water, feed, humans, equipment, foundation cracks and building leaks. Humans are in regular contact with these operations. Intensively confining birds in their own waste creates many opportunities for H5N1 and similar viruses to evolve into pandemic form and then jump to humans, or jump to humans and then reach pandemic form.

H5N1 does not move easily from wild birds to humans. But humans and chickens have similar viral receptors. As a result, poultry is the primary H5N1 bridge to humans. Nearly all H5N1 human deaths resulted from handling infected poultry.

Sustainable Food Production and Diet heavily references an excellent book by Dr. Michael Greger called Bird Flu: A Virus of Our Own Hatching. The book provides over 3,000 references and cites many experts who discuss the grave risk of an H5N1 pandemic.[2] For example, Ian Barr, Deputy Director of the World Health Organization (WHO) said, “These viruses are like ticking time bombs.[1]” 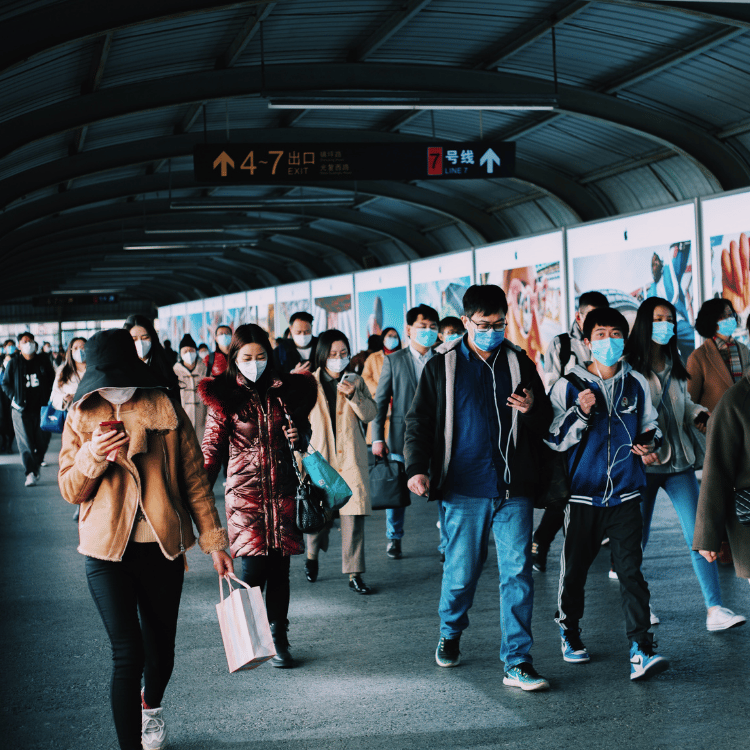 Chicken companies, their managers, and the politicians who accept money from them obviously do not intend to harm society. They seek to benefit it, in part by providing inexpensive chicken. But flawed systems often compel them to mislead the public about pandemic risks.

For example, they often blame wild birds for H5N1. But the virus would not exist in its current form if it had not evolved in industrial poultry operations. In addition, as noted, these facilities are the most likely places for H5N1 and similar viruses to continue evolving into pandemic form.

The UN Food and Agricultural Organization said, “We are wasting valuable time pointing fingers at wild birds when we should be focusing on the root causes of the epidemic spread which… [include] farming methods that crowd huge numbers of animals into small spaces.” The WHO blames the emergence of H5N1 on “intensive poultry production.” The director of the Consortium of Conservation Medicine said, “The global poultry industry is clearly linked to avian influenza [H5N1]. It would not have happened without it.[2]”

Chicken companies also often say that H5N1 has not reached pandemic form and that their operations should therefore not be restricted. This is a deadly deception. Once H5N1 reaches pandemic form, it will almost certainly be too late to stop its rapid spread around the world. Current vaccines and antiviral drugs might not work against pandemic H5N1. Even if they do, many citizens will not have access to these drugs during a pandemic, even in developed countries. As a result, we must have zero tolerance for an H5N1-type pandemic.

The most important action needed to protect humanity is to eliminate or substantially modify industrial poultry (and to a lesser extent pig) operations. In countries where businesses substantially influence government, such as the US, it is unlikely that politicians will bite the hand that feeds them by restricting industrial animal production. But people can reduce pandemic risk by raising public awareness and eliminating consumption of chicken meat and eggs.

Flawed systems enable chicken companies to externalize much of the cost and risk of industrial chicken production onto tax paying citizens. If companies were held fully responsible for the risks and costs they impose on society, chicken would be a far more expensive product. Forcing citizens to act as the owners of business (by covering costs and risks) is socialism, not capitalism.

The US Founders risked their lives to protect future generations. We should at least be willing to give up a particular food to protect current and future generations from potentially the largest threat facing humanity. There are many delicious plant-based chicken alternatives that can reduce severe pandemic risks—yet another benefit of adopting a WFPB diet.

Autoimmunity and Diet: Is There a Connection?

Could Changing Our Diets Defeat COVID-19?

3 Ways Pandemics Make Us Examine Our Relationship With...