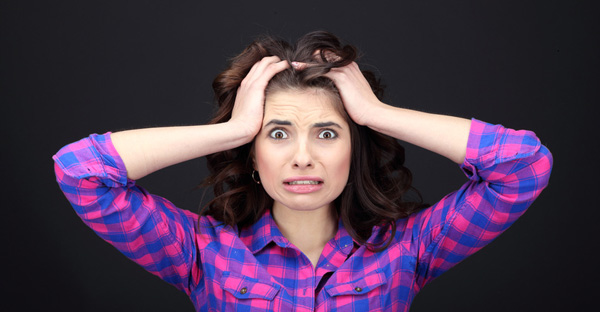 USDA Adds to Your Confusion About What to Eat

Thirty-seven years later, in 1980, the U.S. Department of Agriculture (USDA) and the Department of Health, Education and Welfare (HEW, now HHS) jointly began issuing 5-year reports that translated these nutrient recommendations into food recommendations, naming them the U.S. Dietary Guidelines. This new direction also arose as a follow-up to dietary goals suggested by the 1977 McGovern Committee of the U.S. Senate. Initially, I thought this Dietary Guidelines (DG) idea had merit, partly because two very competent and credible friends, working in an adjacent office to mine, prepared that first report.

There have been eight DG reports since that time 35 years ago. Although initially hopeful, I now have given up hope that this program is able to give practical and sound scientific dietary advice to the public. Throughout this period, the main message of these reports has remained the same if not worse, even though more and more data are being tabulated in recent issues to impress the public.

Here are a few examples that speak to my main concerns. The initial recommendation to reduce dietary fat to 30% of total diet calories continues to be stated or assumed as if it were really low fat and singularly important. It is not. The assumption that saturated fat is a major cause of heart disease and cancer still stands. It is not. The upper limit for dietary cholesterol of 300 mg/day, which was initially introduced by these reports, is now dropped, with the explanation that dietary cholesterol is only weakly correlated with heart disease outcome. I agree with this detail, but this fails to acknowledge that dietary cholesterol is an important indicator of the type of diet being consumed, along with its health consequences. They also create a contradiction, with no explanation, when they advocate a decrease in saturated fat intake (mostly from animal based foods) while allowing for an increase in cholesterol intake (all from animal foods).

Most importantly, these reports continue to ignore the evidence on the type of diet that has been shown to have extraordinary health benefits. This is a whole food plant based diet that contains about 10% total fat, naturally low amounts of saturated fat, high amounts of complex carbohydrates (including dietary fiber), no cholesterol and the right amounts and kinds of protein. By omitting this life saving information, these DG reports have been doing nothing more than supporting the dietary status quo that continues to present unacceptably high risks of cardiovascular diseases, diabetes and many cancers and autoimmune diseases.

These errors, contradictions and omissions are tragic, especially because these reports are being used to justify government diet and health programs like our school lunch program. For example, the 2002 dietary guidelines report highlighted the idea that total dietary protein as high as 35% of total diet calories would “minimize risk for those chronic diseases”, which have long besieged our health. This is a gross misrepresentation of the scientific evidence. At about that same time, the committee, under siege of a lawsuit, was forced to reveal a secret not meant to be publicly revealed that the majority of its 11-member committee had an association with the dairy industry, while the chair had failed to reveal the size of his personal compensation from the industry, as required.

I confess that these DG reports occasionally suggest an idea that appears to advocate for consumer health. But history also shows that this committee either 1) does not provide adequate supporting evidence, 2) does not follow through with action and/or 3) does not repeat such advice in subsequent reports. In other words, the committee only window dresses from report to report to impress the public. In the most recent report, mentioning a diet-environment linkage or sprinkling words like ‘plant based diet’ or deleting the dietary cholesterol limit without citing more substantive evidence does little more than create useless and contentious argument that only confuses.

This process of developing DG reports should be abolished. It only supports the existing status quo—at incalculable and growing health care costs! We now have abundant evidence showing that upwards of 70-75% of our total healthcare costs could be eliminated, were the right dietary advice to be provided in a way that encourages public compliance. This committee fails not only to ignore this evidence but even more telling, fails to advocate for research to prove this information wrong. In short, the DG committee should either provide professionally based information that allows people to make informed choices for themselves or if the committee wishes to deny information of this kind, then recommend research and dialogue to prove it wrong. It’s time for Big Brother to stop controlling what the public gets to know!