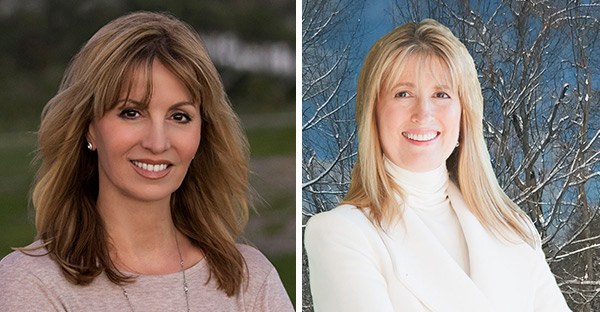 Vegan Sisters Encourage Those Over 40 to Go Plant-Based

Today Susan and Sandra are 57 years old and healthier than they’ve ever been. They’ve both lowered their cholesterol, stayed trim, and eliminated the use of prescription medications. The twins know that everyone’s plant-based path is unique and that sometimes it’s hard to give up the traditional comfort foods of childhood even if doing so brings the promise of better health.

Sandra Sellani: Growing up in an Italian family, I ate my share of meat and cheese dishes, but it was balanced with plenty of whole grains, fruits and vegetables. However, after going to college, my dietary habits plunged into a downward junk food spiral. Staying up late, eating sugary snacks, fast food burgers and soda to stay awake and cram for school was only part of it. I also worked part time at a grocery store throughout my college years, consuming two candy bars and a can of soda every day on my break. I was tall and thin at 5’10” and 125 pounds and never once thought about how my diet was impacting my health.

Then, at age 22, came the diagnosis: ulcerative colitis; I was the only person in my family with the illness. When my doctor told me that this affliction would triple my risk for colon cancer, I wasn’t too worried – I still had determination that comes with the invincibility of my youth. What did shock me was his recommendation; he told me to stop eating fresh fruits and vegetables! Even in my junk-food induced stupor, that sounded like bad advice coming from a doctor. He also sent me home with four prescriptions! It wasn’t until going vegetarian at age 25 that my symptoms started to abate. When I became vegan at age 50, my symptoms disappeared completely. Ironically, I didn’t start a plant-based diet for my health; I did it because I no longer wanted to participate in harming animals. The surprise was that my health suddenly improved, the four medications were discontinued, and my cholesterol of 260 dropped to 160. (I also started running and I attribute some of the drop in my cholesterol to that).

When my doctor asked me how I lowered my cholesterol so significantly, I told her about the vegan diet and recommended she read The China Study. She eagerly wrote down the name of the book and said she would share it with her patients. I was a little amused that my doctor was asking for my advice, but it underscored the fact that we can’t rely on our doctors when it comes to our nutrition. We have to take control of our health, especially after age 40 if we’ve spent the first half of our lives making bad food choices.

Susan Sellani: After battling high cholesterol for years, I hit an all-time high of 287 in 2016. My physician had been recommending medication at every annual appointment, but after my mother developed diabetes at the age of 59 just two weeks after going on a statin drug, I promised myself I would never do it. I read the book The Cholesterol Myth that strongly warned against women using statin drugs for many reasons, including the onset of diabetes. No one in our family is overweight nor did we have a history of diabetes. At the time of my mother’s diagnosis, her physician thought there was no connection, but we know better today.

As recommended by my doctor, I tried increasing my Omega-3 intake by eating small portions of walnuts every day, but my HDL remained low and my LDL was increasing. After the bad news about my new number, I begged him to let me try to change my diet. He basically told me I could starve myself and it wouldn’t make much of a difference. My family has hereditary high cholesterol.

I was determined to give my self-imposed new diet my best shot, so, with the exception of a small amount of dairy, I ate mostly salads with avocado, high protein pasta, and high-protein cereal. I tried to stay away from processed sugars and ate more fruit and fruit-based smoothies. In less than three months, I dropped my total cholesterol number by 35 points; I also lost about 8 pounds. Even my doctor was shocked. He agreed to let me continue to try to lower it with diet. He asked that I not lose any more weight, however, because at 5’10” and 133 lbs., he felt that I’d be embarking on other health-related issues.

To this day, I’m more mindful about what I put into my system. I’m happy I was able to show such a significant reduction in my cholesterol by moving in the direction of a plant-based diet.

The two recently authored a cookbook The Forty-Year-Old Vegan Cookbook, in addition to their favorite plant-based recipes, the book focuses on the transition from traditional comfort foods to veganism. It includes a 52-week plan to help people substitute a traditional meat or dairy based food with one plant-based option each week, helping them “lean in” to a vegan lifestyle. They also share stories of inspirational people who became vegan after the age of 40 and never looked back–these people successfully prevented or eliminated prescription medication use, improved their health and transformed their lives by simply changing their diets.

By following the book’s plan and numerous tips on how to make the change, readers might be surprised at just how easy it is to go vegan. What could be more surprising is the fact that they will start to reap the benefits of this way of eating, like Susan, even before going fully plant-based.

One of their favorite recipes is the deli-style tuna sandwich that tastes just like the ones they enjoyed as children. The creamy mayo is made with cashews and can be whipped up in minutes. Their friends’ first reaction to this recipe is, “This tastes exactly like tuna salad!” followed by a realization that becoming vegan may not be so hard after all. Small steps can yield big results over time and in the second half of life, these results can help people to slowly move from the traditional to the transformative. 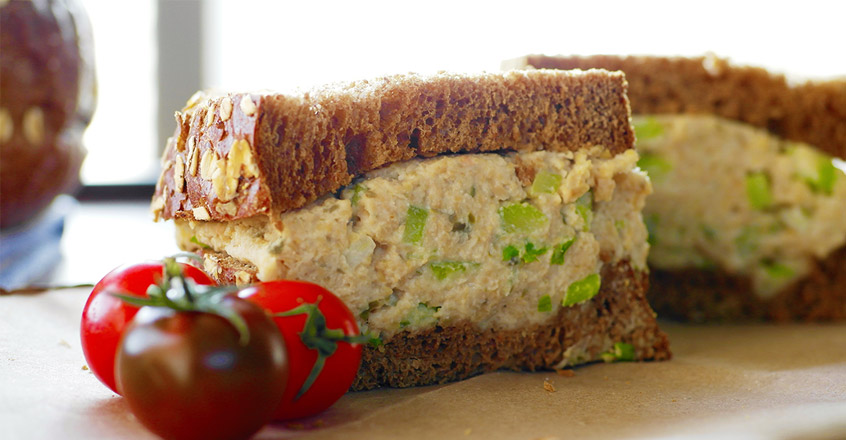