Topics » Nutrition Science » Why China Holds the Key to Your Health 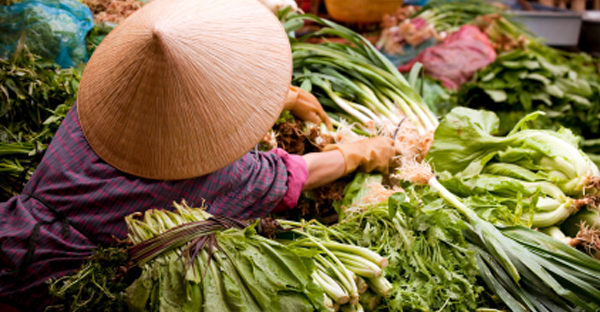 Why China Holds the Key to Your Health

I have been a researcher, lecturer, and policy advisor in the field of diet and cancer for nearly 45 years. Since 1963, primarily from an academic position, I have seen the many faces of establishment science and have been both rewarded and distressed by what I have witnessed. I have seen a vast increase in consumer nutrition information and, regrettably, an almost equal increase in consumer confusion. One week we hear that eating meat increases our risk of colon cancer, the next week the exact opposite. One news report states that dietary fat is not related to breast cancer, another says it is. It seems to me that public confusion has grown far beyond acceptable limits.

In the 1980s, I was invited by Senator John Glenn’s U.S. Senate Committee on Governmental Affairs to offer an opinion about why there is so much confusion. My opinion then and now is that we tend to think so specifically about ideas and products that we fail to comprehend the main message. We stare fixedly at the trees and miss the forest. Specific ideas and products provide immediate money for the entrepreneur, grant money for the scientific researcher, and some degree of presumed “certainty” for the educator and publicist. They do not necessarily promote good health. Despite all our products and proclamations, more people are overweight in the U.S. than ever before. By the latest count one out of every three adults is overweight, an increase from one in four in the late 1970s.

The real aim of science is to advance knowledge about what makes you healthy, reduce your confusion, and alleviate human suffering. When I look at these problems strictly from the science point of view, I know there can be no quick intellectual fix. But I also know that the present confusion is beyond reasonable limits and something new is required. Thus, my colleagues and I felt that a newsletter of a different kind could provide a starting point. From this was born the idea of Nutrition Advocate, a newsletter advocating a diet based on a variety of quality plant foods and providing simple explanations so you can make reasonable decisions at your own pace.

As practicing scientists and researchers, we believe that we have done our homework. The science presented in these pages is the best that we can provide. Much of our research is based on the Cornell-Oxford-China Study (“China Project”), the most comprehensive survey of the connection between diet and disease in world medical history. The New York Times hailed this investigation, directed from Cornell University, as the “Grand Prix of all epidemiological studies.” These discoveries have vigorously challenged and altered existing conceptions about nutrition and health. We are now prepared to share more of these findings so you might join us in our excitement.

Why We Went To China

Previous studies relating nutrition to degenerative disease have mostly been limited to consideration of single factors and single diseases. Yet even when large surveys have been taken, they have generally produced mixed results. This is because these studies have largely been conducted in the developed world, where everybody eats more or less the same thing.

The China Project offers a rare opportunity to study disease in a precise manner because of the unique conditions that exist in rural China. Approximately 90% of the people in rural China live their entire lives in the vicinity of their birth. Because of deeply held local traditions and the absence of viable food distribution, people consume diets composed primarily of locally produced foods. In addition, there are dramatic differences in the prevalence of disease from region to region. Various cardiovascular disease rates vary by a factor of about 20-fold from one place to another, while certain cancer rates may vary by several hundredfold.

These factors make rural China a “living laboratory” for the study of the complex relationship between nutrition and other lifestyle factors and degenerative diseases. As a result, the China Project is the first major research study to examine diseases as they really are, multiple outcomes of many interrelated factors.

When Is an Illness Normal?

The data from the China Project suggest that what we have come to consider as “normal” illnesses of aging are really not normal. In fact, these findings indicate that the vast majority perhaps 80 to 90%of all cancers, cardiovascular diseases, and other forms of degenerative illness can be prevented, at least until very old age, simply by adopting a plant-based diet.

In China, we found people whose diets ranged from being very low in fat (6% of calories) and almost entirely made up of foods of plant origin, to diets that contained significant amounts of animal products and even much higher amounts of fat (24% of calories). Dietary protein also varies across China. When we compare people on diets that are virtually nil in animal protein with those for whom animal protein is upwards of 20 to 30% of the total protein intake, the cholesterol levels go, on average, from around 90 mg per 100 ml to about 170 mg per 100 ml (see chart, below). Such an increase in cholesterol is associated with the emergence of the cancers and heart disease that increasingly plague the world’s developed nations.

Protein Key to the Cholesterol Dilemma

I can understand why some of you may not want to consider that animal protein creates the same problems as excess fat intake, but it turns out that animal protein has many undesirable health effects. Whether it is the immune system, various enzyme systems, the uptake of carcinogens into the cells, or hormonal activities, animal protein generally only causes mischief. If you are switching from beef to skinless chicken breast and other animal-based food simply to reduce your intake of fat, it is my opinion that this may be a start, but it is not a solution. Even lean cuts of meat still contain around 20-40% of total calories as fat, or sometimes even more. You may get your fat intake down a bit, but your protein intake is not going to change.

Change is the Name of the Game

Personally, since coming upon these findings, my family and I have managed to change our diets substantially. I know what it’s like to eat meat. I was raised on a dairy farm and I milked cows from the time I was 5 until I was 21. When I went away to school, I eventually got my Ph.D. in animal nutrition at Cornell, where I worked on a project to produce animal protein more efficiently. So both my personal life and my professional life were entirely on the other end of the research findings that we’ve been getting.

We started changing our diet when our children came along, and we have been changing ever since. In the short run, people who are accustomed to a high-salt, high-fat diet are not going to like healthier foods at first. But if you have a little patience, you will find that after two or three months, perhaps longer, you will pick up new tastes. Tastes do change. You will then discover that you are happier and more fit than ever before. In Nutrition Advocate we will provide the science to help you make the right decisions.

In our next issue, I will begin to share with you some of the consequences of eating a typical American diet, along with a few provocative ideas about what’s missing in much of current gene research. The news reports telling you the way your genes determine your chances for getting cancer or other ailments are only telling you half the story. I’ll be filling in some of the “missing ingredients” in our next issue and give you some nutritional clues for ways you can help beat the odds, no matter what kind of genes you have.

With interest in diet and nutrition increasing at an unprecedented pace, I find that I’m asked to travel much more than in earlier days. I recently returned from England and Russia, where I was heartened to see the burgeoning interest in good nutrition. In England, where I serve as Senior Science Advisor to the World Cancer Research Fund (WCRF), I joined a group of senior researchers to comb through research grant applications from the very best scientists. WCRF, in my view, has taken the lead role in the world today to promote education and research on diet and cancer. After meeting in England, I flew on to Russia, where I joined several colleagues who are actively helping to restructure Russia’s biomedical science organizations. How very heartening to see so many at work in this troubled country making the link between diet and disease. It is my hope that more of the well-established scientific research institutions will take notice of this turn in events, so that all of us can more effectively chart a clearer path to wellness.

The message of the China Project is one of simplicity. You might say we are primarily interested in the symphony, secondarily interested in the individual musical notes. We believe the notes are most meaningful when perceived within the larger composition, especially when the symphony represents the very essence of our planetary well being. We must take more seriously the comprehensive effects of whole diets, rather than randomly tracking the misleading effects of individual nutrients and other odd chemicals. The time for making these linkages is now. The China Project data rigorously challenge many of our long-held nutritional assumptions and offer immense opportunities for improving our dietary habits on a global scale.

T. Colin Campbell is the Director of the Cornell-Oxford-China Diet and Health Project. He was trained at Cornell (M.S., Ph.D.) and MIT (Research Associate) in nutrition, biochemistry and toxicology. He presently holds the endowed chair of Jacob Gould Schurman Professor of Nutritional Biochemistry at Cornell University.