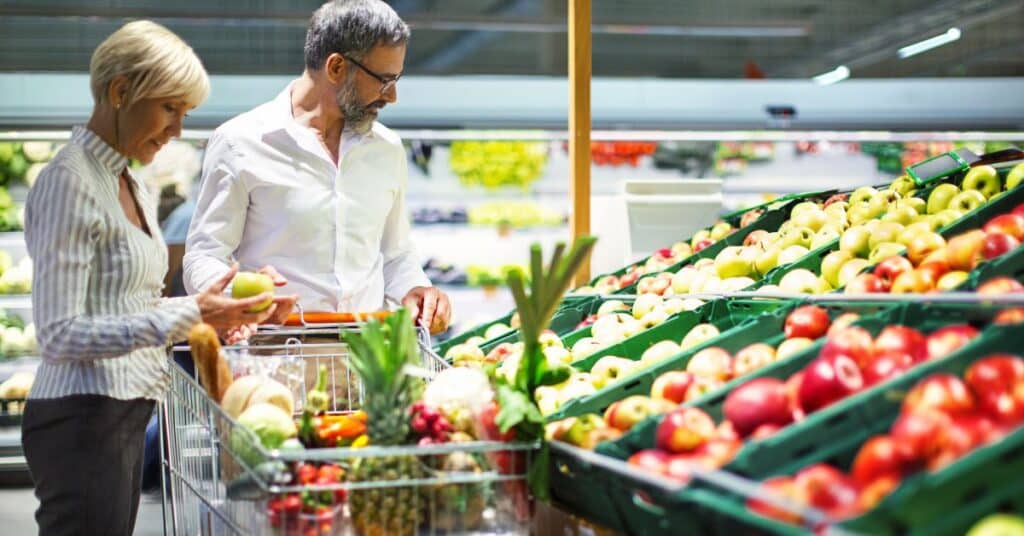 This month a mega-merger was announced between Kroger and Albertsons that could have large ramifications for grocery shopping in American supermarkets while continuing the trend toward further consolidation.

The deal represents nearly $25 billion, one of the largest deals in retail history. Planned to close in 2024, the merger would combine the fifth and tenth largest grocery outlets, comprising dozens of chains, including Safeway, Vons, Harris Teeter, and Fred Meyer. Between the two, these grocery outlets reached an astounding 85 million households for a combined $43 billion in sales last year.

This merger would continue the trend of consolidation in the food system. Today the top five food retail companies — Walmart, Kroger, Costco, Ahold Delhaize, and Amazon — account for about half of the market. Meanwhile, there was a 30% decrease in the number of US grocers from 1993 to 2019. 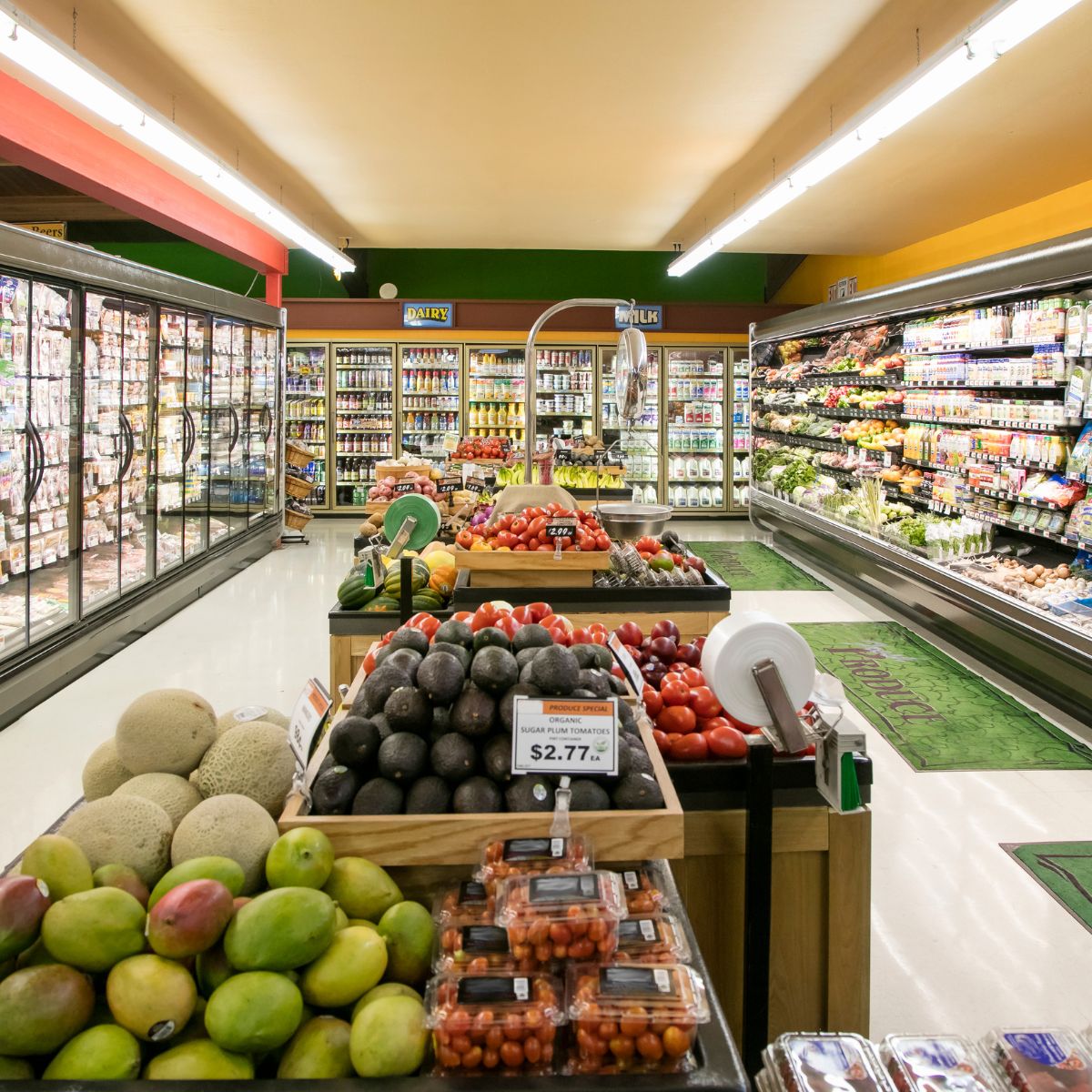 Many worry that this level of consolidation and the slowing of new businesses are approaching dangerous levels of inequality; sectors within the food system and beyond are increasingly assuming the characteristics of oligopolies.

An oligopoly is a situation wherein a small number of companies control a large enough share of their respective market to dictate prices and industry standards while minimizing competition and inhibiting emerging businesses. Although there is no official threshold for this designation, there are metrics to help determine whether an oligopoly is developing. The four-firm and eight-firm concentration ratios — CR4 and CR8, respectively — indicate the level of control by the largest four or eight companies in a given market. This measure is a useful way to relate unbalanced market conditions, which tend towards oligopolistic characteristics — the higher the concentration, the more unbalanced and unequal.

Across the food system and beyond, these trends are occurring at an ever-increasing rate, with large-scale mergers and acquisitions announced at breakneck speed. Below you can see the CR4 for 16 sectors within the United States food system as of 2020. 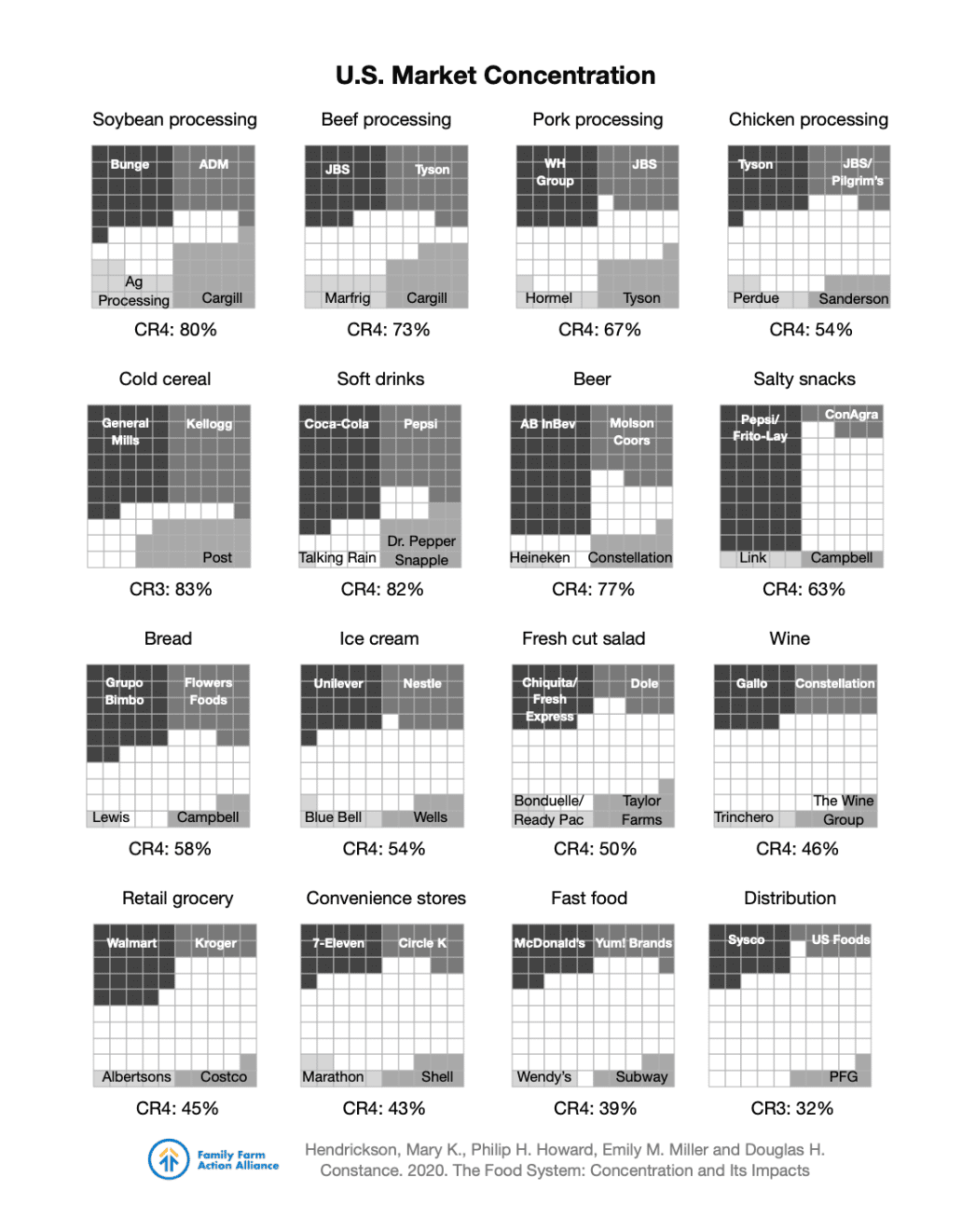 Large corporations that dominate the food system hide behind a web of companies and complex corporate structures that give consumers the illusion of choice. This illusion makes it very difficult for anyone to discern who they are supporting and how the very structure of the food system reinforces inequality, unhealthy foods, and environmental destruction. In a dizzying graphic released by Oxfam—depicting the many different brands owned by only ten large corporations—you can see this illusion of choice play out. 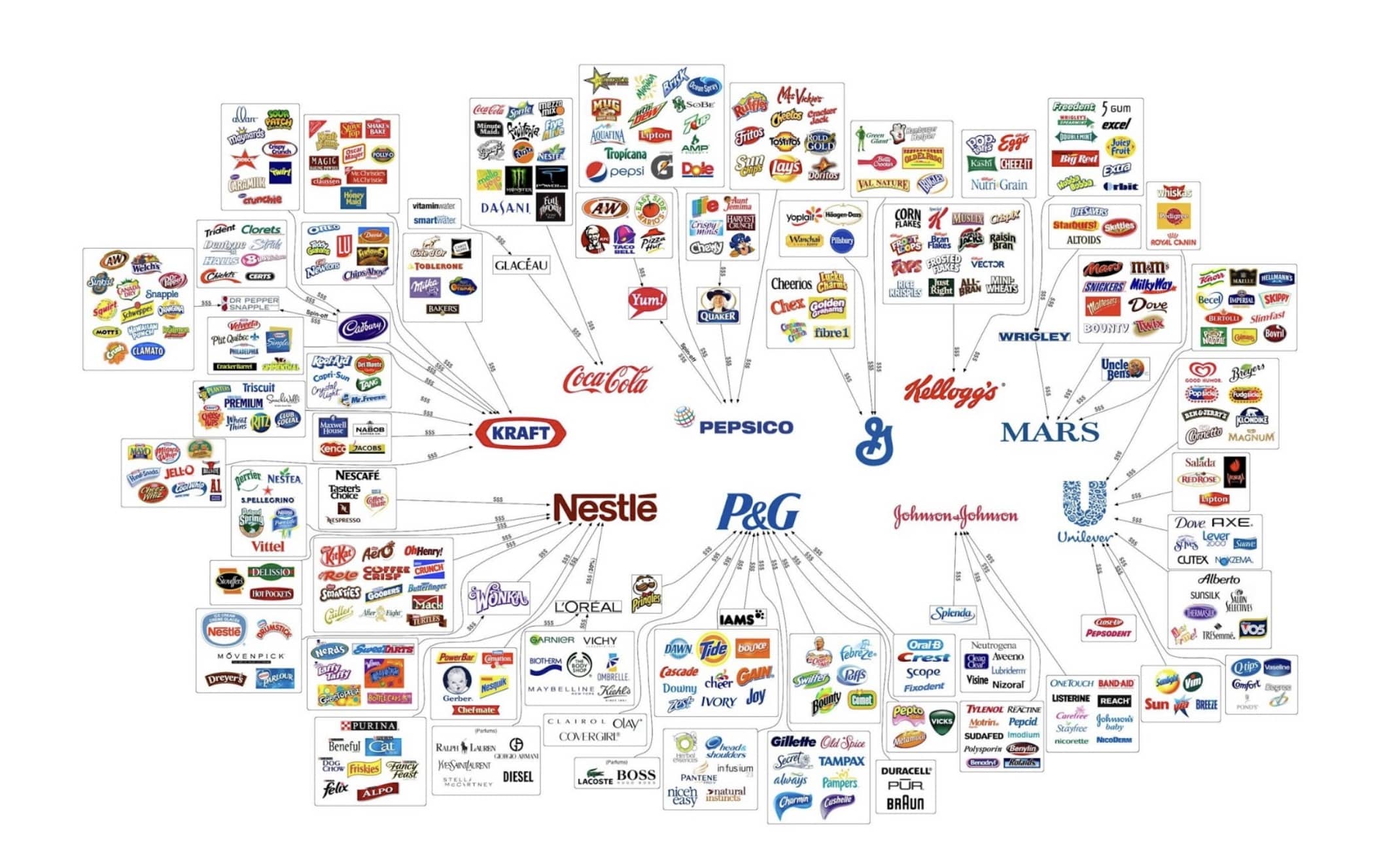 This consolidation and illusion of choice hide the more nefarious manifestations in the food system. It has contributed to increasing food deserts and restricted food access, bloated hospital and prescription costs, and the ongoing climate and biodiversity crises that are wreaking havoc on the planet today.

We must address consolidation within the food system if we want to produce and distribute food in a more equitable and environmentally sustainable way.

If you are interested in reading more about consolidation in the food system and beyond, we have some materials listed below that delve deeply into these related issues while exploring ways in which we can reimagine a food system and society to be more equitable and sustainable. Additionally, keep an eye out for a new educational program focused on food and sustainability that will be offered through our Whole Communities platform in the upcoming months.

Foodopoly tells the shocking story of how agricultural policy has been hijacked by lobbyists, driving out independent farmers and food processors in favor of companies such as Cargill, Tyson, Kraft, and ConAgra. “A meticulously documented account of how we have lost control of our food system” (Steve Gliessman, professor emeritus of agroecology, UC-Santa Cruz), the book demonstrates how the impacts ripple far and wide, from economic stagnation in rural communities at home to famines in poor countries overseas. In the end, author Wenonah Hauter argues that solving this crisis will require a complete structural shift, a grassroots movement to reshape our food system from seed to table—a change that is about politics, not just personal choice.

Raj Patel shows us that these two extremes are deeply and inextricably linked. In Stuffed and Starved, he asks us to think about the way our food comes to us, to understand how what we buy directly affects the world’s poorest citizens, and to recognize how we ourselves are poisoned by our choices. Patel gives us a broad view of the global food industry and the all-encompassing machine composed of organizations such as the World Bank and the WTO, corporate lobbyists, government agencies, and the all-powerful distribution networks. He also traces the specific journey of coffee, soy, and high-fructose corn syrup, from the fields to the kitchens of fast-food restaurants. Stuffed and Starved is a shocking and timely story of commercial greed, desperate hunger, and inspirational alternatives to the current food system.