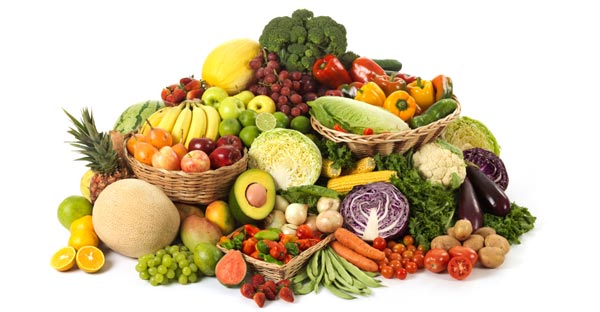 It was June 1982. At a news conference in Washington, a group of internationally recognized scientists had just finished announcing the National Research Council’s report on diet, nutrition, and cancer[1]. The report received extensive news coverage, lots of criticism from the industry most affected by the report’s conclusion and – according to some authorities-the highest number of requests for a report ever released by the august National Academy of Sciences (NAS), our sponsor.

Why the attention? Spending about two years, six three-day meetings, a million dollars, and a rather substantial amount of time reviewing what turned out to be a rather large amount of information, we had simply summarized the scientific evidence on the association of diet with cancer. The intense interest that followed was due to our rather provocative recommendations to cut down on fat intake and increase the consumption of fruits, vegetables, and whole grain cereal-based products.

Today, seventeen years later, these dietary recommendations for reducing cancer risk-virtually identical with those for cardiovascular disease-sound very familiar. At that time, however, they seemed to be a hefty message for many, for they indicated a fairly major change in dietary practices-away from the esteemed meat and dairy-focused American eating patterns toward a more plant-based eating style. The recommendations in the report had enormous economic implications, suggested major public policy changes, and challenged some deeply held philosophical and cultural beliefs.

It was in this climate during the early 1980s that the very influential Nurses’ Health Study at Harvard University[2] was adopted to investigate the recommendations of this and similar reports.

Although the Nurses’ Health Study has yielded a variety of highly publicized diet and disease reports, its best known objective was to determine whether lower fat intake was associated with a lower incidence of breast cancer. Among all the cancers, it was this cancer that had received the most attention prior to the NAS report. A comparison of fat intake with breast cancer for a couple of dozen countries around the world[3] had shown that the higher the fat intake, the higher the breast cancer incidence; a similar association of fat with cancer of the large bowel also existed[4].

While the Nurses’ Health Study is to be admired for its quality of execution and its productivity, its effect on public understanding of the diet and disease field is somewhat unfortunate. Perhaps surprising to many, this study shows no relationship between fat intake and breast cancer incidence in the group of women studied. This observation has given some respectability to the arguments posed by some who never were convinced in the first place that diet is connected to cancer, and perhaps worse yet, it has caused considerable confusion and diminished the importance of diet in disease prevention for the public.

The main message of this editorial is that although the evidence on the dietary fat-breast cancer association observed in this study is convincing, its interpretation is not.

The problem, I believe, is the focus on a single macro-nutrient, fat, instead of attention to the whole diet. It turns out that when Americans reduce the fat in their diets, they tend to choose lower fat versions of the same foods, such as lean meats instead of fatty ones, or low-fat mayonnaise and ice-cream instead of the higher fat original versions. When they reduce fat this way, as was shown in a separate investigation of American women[5][6], the proportion of calories from animal protein-containing foods are increased.

According to very impressive evidence from other studies, diets rich in animal protein will, if anything, increase breast cancer risk – for a variety of very good empirical and theoretical reasons. If such an increase in animal protein occurred in the Nurses’ Health Study-unfortunately the data aren’t available to confirm this-a lack of association between dietary fat and breast cancer is exactly the result that should have been expected.

In hindsight, it seems we may have made a mistake in making a specific recommendation to get Americans to reduce the then average fat intake of 38% of calories down to 30%. This recommendation on a specific nutrient group turned out to be poorly explained, and subsequently was badly abused. It was too focused on fat itself. At that time, we did say that manipulating intakes of single nutrients instead of whole foods for the purpose of preventing cancer made little or no sense. From this perspective, eliminating a modest amount of fat made no more sense than adding back a few nutrient supplements. But somehow this less easily applied message got hidden along the way.

By including a specific recommendation on dietary fat, a crack was left in the door for the lay public, commercial entrepreneurs, and the professional biomedical communities to believe that single nutrient interventions might be useful in preventing cancer. The nutrient supplement industry exploded, the scientific research industry spent millions trying to figure out which nutrient supplements might work, and consumers were advised to singularly cut down on fat intake as if this made good nutrition sense. Words focused on single nutrient interventions were invented such as “chemoprevention,” “phytochemicals,” and “phytoestrogens,” terms that have now become regular jargon in the marketplace.

A more effective strategy for lowering dietary fat and preventing cancer would be to move away from animal fat and animal protein-containing foods, and enrich the diet with fresh fruit, vegetables, whole grains, legumes, and other foods of plant origin. This would achieve both recommendations outlined in the report simultaneously and alter the composition of the whole diet.

In an attempt to have my view considered, I recently sent a letter to the Editor of the Journal of the American Medical Association (JAMA) in response to one of the more recent publications from the Nurses’ Health Study. Although I have published a few hundred other scientific publications, probably most of which were of less significance, my letter to JAMA was rejected. I am astonished at this decision, so I decided to publish it here on this website. It has become abundantly clear to me during the past few years that particularly compelling evidence which favors the consumption of foods of plant origin (and I don’t mean nutrients) will get ignored, because publication of it will either be denied totally, or will be accepted only by rarely read medical and scientific journals.

I have never minded or avoided the scientific debate; indeed I enjoy it. So, as a result, I have invited the investigators of the Nurses’ Health Study (I know its senior investigators quite well) to comment on my letter on this site, so that the readers will be able to evaluate the true link between breast cancer and diet for themselves. I do hope that the investigators will respond.

When we receive their responses, we’ll publish them. Come back to see what they have to say! And, please, add your comments here.