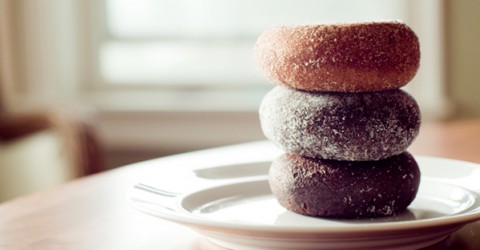 The longer I practice medicine the more I appreciate firsthand how mental, emotional and physical health overlap far more than we commonly acknowledge in our society. And unfortunately, our mental/emotional health is not in a good place right now. My impression is that in this era of ever-increasing digital “connectedness,” binge TV watching, and around the clock smartphone use, loneliness and depression are little-discussed but pervasive epidemics.

My impression reflects what major surveys have been telling us for years:

But to my original point: this isn’t just feelings. This is physical.

Those that are depressed are more likely to be obese, and as the depression becomes more severe, the prevalence of obesity increases.[3]

How does this work? We all can intuitively understand that if you feel depressed, you may not make the best choices. You may “eat your feelings,” as they say, essentially trying to medicate your anger, loneliness, stress, and depression. It’s an effort to dull these feelings with our society’s prime drugs of addiction: hyperpalatable foods. We know that these foods, primarily sugar and fat, trigger pathways involved in feelings of happiness, including our dopamine and serotonin pathways (something I talk about in more detail in The Campbell Plan). So if you’re low on serotonin, as we know you may be during depressive episodes, why not try to fill the serotonin deficit with a tasty jelly donut, or maybe three or four?

It makes sense, right? If we’re honest with ourselves we all can relate to this behavior, right?

We know, for example, that people who are obese have suppressed dopamine pathways. The more obese they are, the more limited are their dopamine receptors.[4] This means that they need more stimulus (food, etc..) to get the dopamine surge that plays a role in what we might call satisfaction. And we now know from animal experiments that sugar diets can actually alter chemical receptor activity in the brain, a process sometimes called “neuroadaptation.”[5] It turns out that hyperpalatable foods may well be altering our chemical pathways involved in happiness.

In one study of older adults without depression followed for over 7 years in Chicago, those who adhered to a more plant-based, Mediterranean diet (more fruits, vegetables, whole grains, legumes, fish and olive oil and less meats and high-fat dairy) had lower rates of new depressive symptoms,[6] which was a similar finding to that of a study in Spain.[7]

We know that metabolic syndrome and various psychological disorders often occur together, and that they share common features like increased levels of chronic inflammation and dysregulated hormone systems.[8] Diet and lifestyle affect intermediate mechanisms such as inflammation and our hormone balance.[8]

In one of the intriguing experiments from my father’s research, we know that simply changing the level of protein in the diet will affect physical activity in rats. And it’s not what you would expect – the rats consuming lower amounts of protein voluntarily exercised more.[9]

One recent study has put all this information to the test in a small 2 week pilot study, finding that omnivores who avoided fish and other meat (including poultry) for 2 weeks had improvements in some measurements of mood, including stress.[10]

Principle 8 in The China Study is that all things are connected: Our physical, mental and emotional health; Nutrition and physical activity; Spirituality and social connection; Animal welfare, the environment, and even issues of war and peace. These are interconnected issues.

This is a subtle but powerful shift in how many people think about mental illness, and means there may be a more powerful role for diet in treating depression than we currently acknowledge. Besides, I don’t know about you, but I don’t like the idea of feeling like ground up cow, dead bird, or a spongy, micronutrient-deficient, gas station pastry.

Regenerative Grazing: Not As Sustainable As We Think