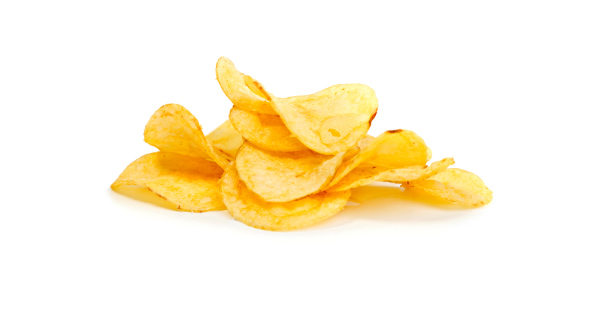 Why eating healthfully is so difficult

Today, most people acknowledge that drugs, including nicotine, alcohol, caffeine and cocaine, are addictive. It is common knowledge that repeated exposure to these substances can result in physical addiction and that the consequences of addiction can be devastating. Escaping the pleasure trap of addiction can be extremely difficult. Even the most effective treatment programs fail miserably for the vast majority of addicts. For example, the most effective treatment programs for alcoholism involve a period of intensive in-patient care for 30 days, followed by outpatient support often involving 90 visits in 90 days to a 12-step program. Of the highly motivated addicts who complete the program, over 70 percent fail.

Unlike drugs, whose use is voluntary, food is essential for life. Some foods, particularly highly processed, stimulating foods, elicit responses similar to addiction. Not all individuals respond to the addictive nature of highly processed foods, and those who do may not respond in exactly the same way.

In the case of flour

The dietary pleasure trap is often hidden and extremely difficult to escape. The most common result is obesity. The medical management of obesity has a lower cure rate than the treatment of most cancers and recidivism exceeds 90percent in most studies. The key to understanding food addiction is to understand the nature of highly processed foods. Natural foods contain carbohydrates, protein and fat, but they also contain fiber and water. When foods are highly processed, the fiber and water is often removed or modified, a where the grain is ground into a very fine powder. This process makes the carbohydrate in the grain infinitely more available to the body. Another technique in processing food is to isolate and concentrate one component of food as is done in the production of oil or sugar. When the desired component is separated from the naturally occurring fiber, water, and other nutrients, it is much easier to overeat. This effect is further enhanced because the artificially concentrated taste of the isolated substance is very stimulating to the taste buds.

When human beings (or other animals) eat highly concentrated processed foods, including oil, sugar and flour products, they artificially stimulate dopamine secretion in the brain. Dopamine is the neuro chemical most closely associated with pleasure. The more highly concentrated the food(calories per pound), the more dopamine is secreted by the brain, the better the food “tastes” and the more effective the pleasure trap is. In addition, artificially concentrated foods are devoid of the whole food factors, including fiber, that trigger the satiety mechanisms in the brain that are responsible for the feeling of fullness and the regulation of total calorie intake. When satiation is not triggered normally, overeating becomes inevitable and obesity eventually follows. When they say, “betcha can’t just eat one,” they’re not kidding! Over two-thirds of adults in the United States are now overweight or obese. The epidemic of obesity in industrialized society is the result of the dietary pleasure trap and the overeating that it encourages.

One reason it is so difficult for people to escape the dietary pleasure trap is the belief in the concept of moderation. A common belief is that everything in moderation is healthful. Although there are some people who can eat processed foods in moderation, if you are struggling
with your weight, chances are YOU are not one of them. When it comes to addiction, moderation is NOT the answer. We do not advise alcoholics to “drink moderately.” We do not advise alcoholics to put their alcohol in a smaller cup to reduce their over consumption, nor do we advise them to put their drink down between sips. We don’t suggest drinking just beer and wine and we don’t tell them to count their ounces of intake. Above all else, most addicts dearly hold to the belief that they can continue to drink moderately, but experience will soon prove this to be a fallacy. We do not advise alcoholics to drink moderately because it DOES NOT WORK! Fat people caught in the dietary pleasure trap are told that they just need some discipline, or they need to chew their food more, put their fork down between each bite, etc. They are told to eat in moderation. This strategy will fail miserably for dietary addicts in the same way it fails for drug addicts.

The 100 percent effective system for treating alcoholism involves the elimination of alcohol. The 100 percent effective system for treating dietary addiction and the resulting obesity involves the elimination of the highly processed foods that can fool the satiety systems of the brain and result in the artificial stimulation of the pleasure inducing neuro chemical dopamine. The most effective way to lose weight and regain health is to adopt a health promoting diet derived from abundant quantities of fresh fruits and vegetables, and the variable addition of raw nuts and seeds, minimally processed starchy vegetables, (including potatoes, yams, squashes, etc.), whole grains (brown rice, millet, quinoa, but NOT flour products), and beans (such as lentils, peas, etc.). The elimination or severe limitation of all animal products is also recommended for health reasons not necessarily related to the pleasure trap. This type of health promoting diet, in conjunction with appropriate sleep and exercise, will result in the normalization of weight. Most overweight people who adopt this eating plan will lose 1-2 pounds a week. Those individuals following a strictly vegan diet should insure a reliable source of vitamin B12 and adequate exposure to sunshine to insure production of vitamin D. Just as some alcoholics find that “just quit drinking” is not always easy, many overweight people struggle establishing a health promoting diet. Addicts of all kinds often find benefit in taking a “time out” in a health promoting environment that avoids the distractions and temptations associated with modern life. In addition to a health promoting environment, a period of medically supervised water-only fasting can also prove to be an effective adjunct. Fasting can clear the palate and help to “reset” the appestatic mechanisms (similar to rebooting your computer). Many find fasting to be most effective AFTER a prolonged period of dietary compliance. The longer you sustain dietary excellence PRIOR to fasting, the more effective fasting tends to be in promoting a return to optimum health.