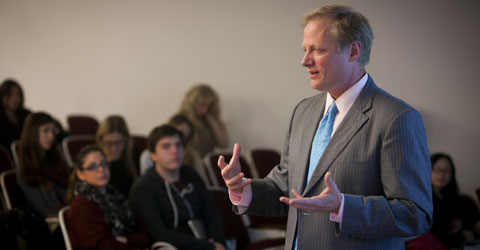 Dr. Campbell’s response to articles in The New York Times, More Evidence That Nutrition Studies Don’t Always Add Up and The Atlantic, A Credibility Crisis in Food Science:

The recent reports (O’Connor, A. New York Times, Sept 29, 2018; Hamblin, J. The Atlantic, Sept 24, 2018) on the alleged misbehavior of a Cornell professor in food science research, Professor Brian Wansink, are poorly reported. There is the rightful concern about the details involved in this case, but there is much more to the story. I believe these news reports are superficial and ill-informed.

I have spent almost my entire career doing experimental research, teaching and advising in nutritional biochemistry, beginning in August 1956 at Cornell University. I mostly concerned myself with experimental research on the association of nutrition with cancer, all of which was generously supported by public funding (mostly from the U.S. National Cancer Institute of NIH) and which was subjected to extensive peer review, both in winning research awards and in publishing the findings. During these 62 years (48 at Cornell), I had the pleasure of working with many students and senior colleagues in my group, while lecturing extensively and participating for many years in national and international policy development. Through all this, I have learned that the science of nutrition leaves much to be desired. It has too often succumbed to corrupting influence and fostered confusion.

While also a professor at Cornell, I have never met Professor Brian Wansink. Nevertheless, I understand that his research is behavioral, not biological and, in my experience, incorrectly relies on the age-old idea that the primary effect of nutrition on health is attributed to the amount of food eaten, not to the kind of food eaten. In a very powerful way, this type of message has been long welcomed by influential food industry interests who prefer that the public buy whatever products they choose to advertise. I am not suggesting the food industry directly supported this research; as I said, I have never even met Professor Wansink. What I am saying is that this research is an example of the kind of research that has sown so much confusion within our community.

These articles once again missed the greatest fraud of all, which is the corruption of our field by powerful economic interests.

Once understood and properly adopted, nutrition can create far more human health than all the pills and procedures combined, both in prevention and treatment of disease. And despite the misguided efforts of some in our community, I should underscore here that the vast number of people doing research in the science of nutrition are genuinely honest, diligent and socially responsible people. The root problem with nutritional science, as a discipline, is the paradigm within which it is forced to operate. This paradigm is an umbrella of influence that is controlled by self-serving and over-powering corporate and political interests, who operate at the expense of the public good. Unfortunately, many of the journalists and their colleagues too often gather information from people who are not trained or experienced in this science and who have personal and public agendas.

For well more than a century, the science of nutrition has been rejected by the medical community and held hostage by their supporters. It is not taught in medical schools, it is not a component of the standard of medical care and primary care practitioners are not able to obtain adequate compensation should they be qualified to use this information in their practices. Nutrition as a science is not one of the 130 or so medical specialties! Yet, I repeat, nutrition is unquestionably the most productive of all medical specialties, able to create more health than all the medical specialties combined.

Many of the articles I have read reporting on the alleged incident involving Professor Wansink seem to cast some doubt on the field of nutrition in general, and that is unfortunate. Not only is the implication untrue, but these articles once again missed the greatest fraud of all, which is the corruption of our field by powerful economic interests.

Nutrition, Politics, and the Destruction of Scientific...