Nutrition, Politics, and the Destruction of Scientific Integrity 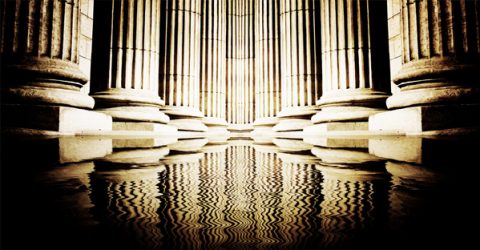 On August 1, it will be 60 years since I came to Cornell University to do graduate studies in nutritional biochemistry on the topic of food and health. What a journey this became!

In my early days, the focus on good nutrition emphasized the consumption of protein. So it was with me and my professors. The more protein the better. Even better, the more so-called ‘high quality’ protein from animal sources was consumed, the more health we would have. That was consistent with my personal background on the farm milking cows, with my graduate research devoted to a more efficient way of producing animal-based protein and my early career helping to resolve childhood malnutrition in the Philippines by making sure that they got more protein. Lots of people thought that there was a protein gap in the world, especially in poor countries.

But, surprisingly, in the Philippines, I got an impression that children of the few Filipino families consuming the most protein seemed to be at higher risk for liver cancer, a really odd observation. About the same time, a research study in India showed a very similar effect in laboratory animals (rats). Initiated by the most potent liver carcinogen known, all those animals consuming higher (i.e., ‘normal’) dietary protein got liver cancer while no animals fed lower dietary protein got cancer.

Because the results were so dramatic and so provocative, I applied for and received research funding from the U.S. National Institutes of Health (NIH) to investigate this crazy observation. Does more protein consumption mean more cancer? If so, what is the biological mechanism for this effect? Funding for this grant was repeatedly renewed for the next 27 years, although initially I was more interested in using dietary protein to modify cancer development in order to better understand how cancer works.

Here it was. A really challenging idea that had the potential, if proven to be true, to cause disruptive thoughts. It also meant that our experimental research had to be air-tight, capable of withstanding what might be an explosive reaction if this effect proved to be true. As a result, scientific research became my ‘cup of tea’. It is a discipline that demands the production of authentic evidence—the kind that could be published in peer reviewed science journals where it gets critique from other professionals and, even better, that might be meaningful for the public, especially since it was public money that was being used to support this research.

I truly loved my work, both in doing the research and in working with the many graduate students and fellow colleagues who collaborated with us. Formulating hypotheses, designing experiments, interpreting results, and asking ‘what’s next?’ The pathway taken was not to gather evidence for the development of a product but to understand whether protein caused cancer and, if so, by what mechanism. But our research became much more than a question concerning the effects of protein on this specific cancer. So impressive were the results that it forced us to ask whether our results might also apply to other nutrients, other cancers, other diseases and other species (including humans of course).

In our search for the mechanism as to how protein did its damage, we learned the following, all of which were scarcely found in nutrition textbooks or in previous scientific literature (but some of which are now well accepted). I eventually called them ‘nutrition principles’:

Most of these principles eventually appeared to be consistent with biological effects of other nutrients. It was a narrow slice of information on nutrition and disease formation but, eventually, it gradually proved to be much more. Having so many years, so many colleagues and so many nutrition-related hypotheses to investigate provided for me lessons in scientific research and philosophy that proved to be unusually rewarding.

I believe that science is best described as the art of observation, which is opposed to that which seems to pass for science these days. This art-of-observation definition distinguishes it from technology whereby experiments are designed to gather evidence for a product that may have market value. True science is guided, by some well-developed criteria that encourage objectivity and avoidance of personal bias. This is the rationale for peer-review, used in judging the worthiness of experimental research for publications and the merit of proposals to do research. The reporting of findings from true science investigation in a publicly transparent manner means that researchers are held accountable for their findings. The reliability of interpretations and conclusions of research must meet the test of rigorous scrutiny.

I make these comments because it has become clear to me that discussing and debating the underlying science of food function can be unusually personal, contentious and flagrantly irrational. The contentiousness of these discussions ranks as high as that for discussions on sex, religion and politics. Over these many years, I have discovered my naivete to have thought otherwise.

I entered academia when thinking it to be an ideal world, a place for honest discourse and debate. It was to be a place where it would be comfortable to think freely and, in addition, to accept the necessity at times of being wrong. Indeed, for most of my years, it was bliss, especially working with dedicated students and colleagues in research laboratories and lecture halls. I found that being free to investigate hypotheses as I wanted (and for which I could get funding!), lecture as I believed to be reliable and helpful, publishing our results as we learned them was a great world to live in.

But I would be remiss if I did not also say that times have changed. Academia during the last 2-3 decades has changed. It is change that encroaches on that little noticed but societally precious academic freedom, usually because of for-profit motivations. According to one recent study, in 1980, 70% of university faculty had tenure or were in tenure track positions but, 30 years later (2010), this has dropped to 30%! An almost exact parallel trend in funding from the public to the private sector has also occurred. This trend, little known or appreciated by the public, has opened wide the opportunities for commercial interests to exploit academicians. It is a national disgrace that invites distortion of facts that pass for science. It invites a destruction of scientific integrity.

I know that my journey in science took me in a direction I did not anticipate and a direction that invites challenge. My research experiences invite negative reactions from those who want to retain the status quo. I know, too, that were I not to have had tenure for the past 45 years, I could be, indeed would be, toast, no longer feeling free to interpret science the way that I believe to be reliable and useful for others.

This brings me to my experiences during the past two decades, mostly outside of academia where I find there to be little to no rules of scientific discourse, where far too many public figures (both those for and against the whole food, plant-based diet hypothesis) seem not to know what science really means. Too many of these would-be scientists have almost no regard for the concept of being held accountable for what they say to the public.

This therefore presents a huge problem. Instead of legitimate scientific findings being told to the public by qualified people who are held accountable for their views, we are left with a massive din of far too much noise that denies the public an honest airing of views. We must find ways to change this scenery. The exceptionally beneficial evidence on health that we now have must be told with defensible facts, not be distorted for personal gain. We have huge problems and we have evidence that can go a long way to help resolve these problems. It is the moral thing to do.

Can Water Fasting Regulate Blood Pressure? It Worked for Me!

Is Stevia the Safest Sweetener?