Topics » Nutrition Science » Drinking Bone Broth – Is it Beneficial or Just a Fad? 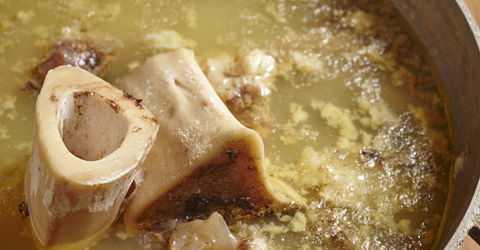 Drinking Bone Broth – Is it Beneficial or Just a Fad?

Bone broth is prepared by boiling the bones and connective tissues of various animals in water with the addition of herbs, spices and sometimes small amounts of vegetables.

Broth, including bone broth, is typically used either as a base for soups and stews or as a palate cleanser or beverage. Many kinds of broths are used for flavor but proponents of bone broth suggest that it provides multiple, wide-ranging, and ever growing health benefits such as aiding digestive issues, boosting the immune system, and much more. Bone broth is often recommended as part of the gut and psychology syndrome (GAPS) diet for various ailments such as autism and attention-deficit hyperactivity disorder (ADHD) and as part of the paleolithic or paleo diet.

Is Bone Broth Good for You?

The purported health benefits are ascribed to the contents of the broth that are leached from the boiled bones, including collagen, bone marrow, amino acids, and minerals. These components are extracted through long, slow cooking and sometimes by adding acids such as vinegar or wine, which can help loosen and dissolve tougher bits.

There is no evidence of an advantage to consuming these amino acids and minerals from bone broth as opposed to other foods.

Despite its popularity and the numerous medicinal claims, there is very little scientific research regarding bone broth. I searched the scientific literature and could only find a few studies that were relevant. The earliest study available is from 1934 and published in the journal Archives of Disease in Childhood. The research was conducted by Elsie Widdowson (British dietitian) and Professor Robert McCance (Northern Irish pediatrician) who together made numerous early, vital contributions to the field of nutrition science. This research analyzed the nutritional composition of either bone broth or bone and vegetable broth. It was found that bone broth was a poor source of many nutrients yet the addition of vegetables increased the content of several important nutrients including potassium, calcium, magnesium, and iron.[1]

There is a tradition of eating chicken soup, often made using bones, when sick with an infection. Similar to bone broth, there is little research regarding chicken soup and infection. However, a 1978 study found that chicken soup was better than cold or hot water at moving nasal mucus.[2] A subsequent small study conducted by researchers from Nebraska Medical Center and published in a leading medical journal in 2000 (Chest) found that “chicken soup may contain a number of substances with beneficial medicinal activity.” The researchers observed that people eating chicken soup seemed to experience a mild reduction in inflammation that helped reduce symptoms of respiratory infection. However, the actual chicken soup used in this study contained a large proportion of vegetables (onion, sweet potato, parsnip, turnip, carrot, celery, parsley).[3]

The idea that because bone broth or stock contains collagen it somehow translates to collagen in the human body is nonsensical.

In January 2016, TIME magazine ran an article titled: “Science Can’t Explain Why Everyone is Drinking Bone Broth.”[4] This article included excerpts from interviews with respected scientists. William Percy, an associate professor at the University of South Dakota’s Sanford School of Medicine, states, “Since we don’t absorb collagen whole, the idea that eating collagen somehow promotes bone growth is just wishful thinking. The idea that because bone broth or stock contains collagen it somehow translates to collagen in the human body is nonsensical. Collagen is actually a pretty poor source of amino acids.” Further, Dr. Kantha Shelke food scientist and spokesperson for the Institute of Food Technologists, and a principal with the food science and research firm Corvus Blue LLC says, “Eating a diet rich in leafy green vegetables is ideal. Plants offer richer sources in collagen building blocks and, in addition, provide nutrients not found in sufficient quantities in meats or broth.”

We can see there is a lack of research regarding bone broth, and the available research is not ground breaking. However, bone broth may have some potentially dangerous contents. Bones are known to store heavy metals, particularly lead. When bone broth is prepared, lead may be released. In 2013, UK scientists conducted a small study looking at the lead content of bone broth made from chicken bones. The broth contained over 10 times more lead than the water alone. Interestingly, the chicken bones in this study were derived from organic animals and the skin and cartilage contributed the highest amount of lead.[5] Similar to the 1934 study, a 2017 study published in the journal Food and Nutrition Research reported that bone broth was a poor source of calcium and magnesium. In contrast to the 2013 study, this more recent study also reported that the lead and cadmium content of bone broth was low. However, the nutritional content and the health effect of bone broth would logically be majorly influenced by both the core ingredients as well as the preparation.[6] Therefore, broad claims about all bone broth are likely to be misleading.

In short, the best we can say from the limited research available is that traditional bone broth appears to be a poor source of nutrients and may in fact contain harmful components. A more healthful alternative appears to be made with the addition of vegetables and the subtraction of the bone…in other words: vegetable soup! 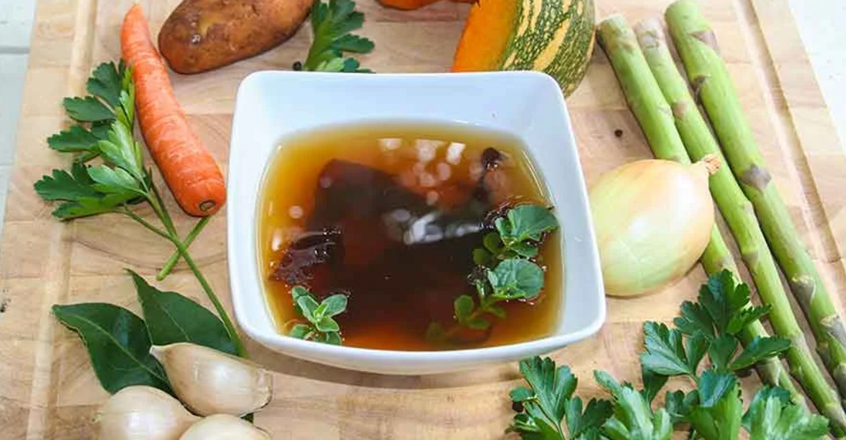 The 4 Keys to Strong Bones (Interview)