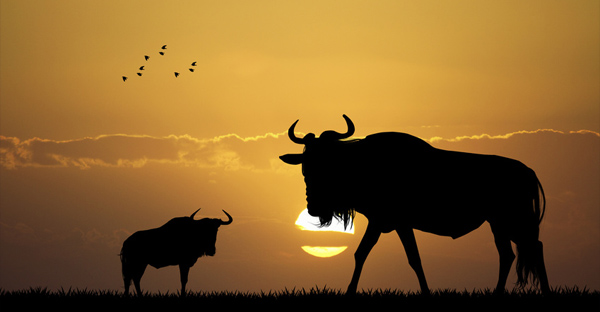 Have you heard of the Masai and the Inuit having very low rates of chronic disease on entirely animal-food diets? If you have, chances are that you haven’t heard the whole story. There has been some important information missing in oft-repeated mantra of the exceptional health of the Inuit and the Masai, and it is worth revisiting the evidence.

The traditional Masai culture is known as a culture where the men exclusively consume meat, milk, and blood for decades of their life and yet have no heart disease. The alleged dietary pattern could not be more opposite of the Papua New Guinea, rural Chinese, and Okinawan populations. This tribal culture is often referenced as proof that a low-carbohydrate, high animal diet may be healthiest, or at least that it isn’t heart-damaging.

Should we re-evaluate our observation linking plant-rich diets with heart disease prevention?

In 1964, George Mann and collaborating researchers published a paper in the Journal of Atherosclerosis Research[1] documenting a lack of heart disease in Masai men, at least as assessed by risk factors, physical exams, and EKG’s. Cholesterol levels were low (average total cholesterol of 130 in men aged 25 to 55), high blood pressure was uncommon, and they were very slim. The average BMI was about 20, which is the lower limit of the “healthy range” by current US standards.

The population they studied was limited by age. About 60% of the men were under 44 and only three out of 400 men were over 55 years old. They were further limited by their ability to detect heart disease by using just physical exam and EKG. As any physician can attest: a patient can have a normal EKG and physical exam and still might drop dead a week later of a heart attack related to atherosclerosis that has been progressing for decades. But even with these basic methods, a small percentage of people had been found to have detectable heart disease in a comparable US population, so the fact that there weren’t even four or five men with detectable signs was impressive. Several indications supported the notion that these men were a population with very low to nonexistent premature heart disease. There were no clinical symptoms of heart disease in these young to middle aged men and their risk factors were excellent.

What was their diet? This was not measured. Researchers wrote:

“The accurate measurement of dietary intake of these people proved extraordinarily difficult. We were able to make only limited measurements. This difficulty is because of the erratic intake of food, there being no fixed meal patterns in the families, because there are no uniform units of measurement or utensil and because of the disruption of usual behavior in the presence of an observer.”

Instead, researchers measured nitrogen and creatinine output in the men’s urine to infer what the intake of protein was. This method suggested that the men consumed a lot of milk intake but gave only a most superficial, indirect indication of dietary intake.

Perhaps the best dietary survey done on Masai people is from the early 1980s, done by the International Livestock Centre of Africa[2]. This was at a time there had already been a dietary transition occurring among the Masai. Nonetheless, Masai women and children were found to consume large amounts of milk from their herd animals. Interestingly, they only consumed meat about 1-5 times per month. Again, the men’s intake was too difficult to accurately track but it seemed that they had more access to meat.

In addition, in this pastoral population, physical activity is a major way of life. If inactive Americans wanted to get the same amount of exercise, they would have to walk an additional 19km (almost 12 miles) per day(cited in 3). Because of the enormous energy expenditure and the relative resource limitations, the 1982-83 survey estimated that women and children were only consuming 50-70% of their “estimated average energy requirement”[2]. That is quite a calorie deficit, accounting for the thinness in the population.

So the diet, when measured, was not as meaty and bloody as the popular belief dictated, though it was very rich in milk. They consumed maize in the early 1980s, but this may have been a recent addition to the diet. Further, there was extreme physical activity and relative calorie insufficiency. Is it possible that these factors contributed to health of the Masai?

And what about that previous, imperfect assessment of heart disease? Dr. Mann, who published some of the early research, did an autopsy study of 50 Masai men and found that they had extensive atherosclerosis. They had disease (coronary intimal thickening) on par with older American men. Over 80% of the men over age 40 had severe fibrosis in their aorta, the main blood vessel from the heart that supplies the rest of the body with blood. Yet there were no heart attacks shown on autopsy and these men still had functional heart vessels without blockages because their vessels had become larger. Researchers thought this might have been related to their rather extreme daily physical activity.

We’re left with a bit of a confusing picture, made murky by a lack of data. We don’t have mortality or illness statistics but have conflicting clinical and pathological reports. We don’t have good dietary data. Impressions of high animal food intake, primarily in the form of milk intake, have been supported, but blood and meat intake may have been misconstrued. Making things more complicated, these were people who may have been in relative calorie deficiency because of extreme daily physical activity. They may have been experiencing intermittent fasting.

What questions can we generate from these observations? Is any calorie a healthy calorie when you are operating at significant energy deficits? Can extreme daily activity overcome poor diet? Is intermittent fasting a factor in health? How is it that they had such extensive blood vessel disease without clinical signs? Was it due to relative lack of older study participants? Was our bias to promote a high animal food diet simply unsupported by the data? Does our potential bias to blame animal foods for heart disease need to be questioned?

Let’s consider the other outlier, a group often mentioned in popular press to prove that high animal diets, or low carbohydrate diets, are healthy.

Well known to consume significant amounts of whale and seal meat frequently, the Inuit are commonly construed to be heart disease-free. Is this another outlier to much of the other observational research finding low processed food, low animal, high plant diets to be associated with low heart disease death rates?

Some small studies do show that the Inuit eat a relatively lower carbohydrate diet. One study in Greenland in 1976[4] found they consumed about 37% of calories from carbohydrate. Other surveys of native populations found them to consume anywhere from 8 to 53% carbohydrate, the 53% number being noted in populations in the late 1930s. 53%, by the way, is more than was found to be consumed in Denmark in 1972(cited in 4). Certainly significant amounts of bread and sugar were consumed as long ago as 40-50 years ago, at least as documented by trading post activity[4].

What about their risk of heart disease? It turns out to be a myth so often repeated it just became an unsupported truth. A 2003 paper[5] published by a highly experienced, highly published scientist at the National Institute of Public Health in Greenland, written with his colleagues from Canada, documents many autopsy studies and clinical observations and studies proving that heart disease existed among the Inuit. In fact, in 1940 the “father of epidemiology” in Greenland, Bertelsen, noted heart disease to be quite common, perhaps even more interesting given the young age of the population. He based this on clinical experience and medical officer reports going back for many decades(cited in 5). All told, the 2003 paper found “the hypothesis that mortality from ischemic heart disease is low among the Inuit compared with western populations insufficiently founded.” Further, “…a general statement that mortality from cardiovascular disease is high among the Inuit seems more warranted than the opposite.”[5]

In addition, it has been found that bone health among the Inuit was quite bad. A 1974 study[6] found, “Aging bone loss, which occurs in many populations, has an earlier onset and greater intensity in the Eskimos. Nutrition factors of high protein, high nitrogen, high phosphorus, and low calcium intakes may be implicated.”

What do you make of these outliers? Are they outliers at all? There are valuable lessons to be learned from these indigenous groups, but what are the lessons? How do these observations change your beliefs and assumptions?

I find that this research at best raises more questions than it answers. It is remarkable to me that the legend of coronary health in the Inuit and Masai has been so widely repeated and accepted as evidence that the western all-meat diet is a good idea. Then again, this is further affirmation that we love to hear good things about our bad habits.