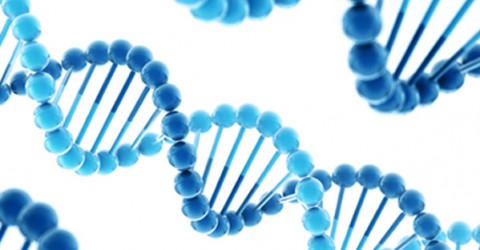 I sense another scientific hope about to vaporize.

I’m talking about the story surrounding the so-called obesity gene and claims that science may soon be able to transform your body into that lean, sleek form of your dreams.

The molecular biologists who are producing most of this information are having a field day. So are the media people. And the pharmaceutical companies are agog as they imagine new obesity control drugs. And consumers? Because we’re really, really, interested, we’re ripe for the picking.

What’s all the commotion? It all started a few short years ago when we learned that a very important obesity gene was discovered. The fascination with this particular gene arose partly because a nice mechanism seemed to be at hand. In other words, this particular gene is called into action in those body cells which begin to fill up their fat stores. It produces (in experimental animals) a protein, called leptin, which then acts as a hormone by traveling back to the brain’s appetite-control center to shut down further eating, perhaps to control body weight. Consider what an award-winning drug leptin might be. If properly administered, leptin could conceivably be used to control appetite. These early observations also suggested that obese people would have low circulating levels of leptin because they had difficulty turning off their appetites.

However, guess what? Obese people are often shown to have high, not low, leptin levels. An explanation for this odd observation was that maybe the leptin of obese people could not send its message because something was wrong with the portal-of-entry receptor sites of the appetite-control center. In other words, the fat-filling cells appear to be producing extra amounts of leptin to compensate for this defect.

But we now learn of yet other genes in this obese scheme of things. One is a gene called GLP-1, which appears to act in concert with leptin to shut down appetite – if all works well. Another is a gene that controls the production of what is thought to be a key enzyme in the metabolism of fat. What bothers me is the unusual fanfare given to these discoveries as soon as they are reported. Each time this happens, a new hope arises that we are not only a step closer to understanding the obesity riddle, but (more ominously!) a step closer to the development of a drug that might modify the action of one of these genes to reduce obesity.

With all this, I find a troubling convergence of interests on the part of science, media, and marketing folks. Scientists will tackle any problem, especially when it is considered the number one health problem and lends itself to molecular and genetic analysis. Volumes could be written on the intricacies of this story and that’s part of the problem – too much information, too detailed, and too much out of context.

Media people know a good story when they see one. The New York Times, for example, reported that this gene discovery “could point the way to effective drug treatments for obesity.” Marketing then adds its own twist by encouraging us to equate self- esteem with sleek bodies. We pay big bucks to create that equation. A company called Amgen, of Thousand Oaks, California, is said to have paid Rockefeller University $20 million for a patent license to market the protein product of the obesity gene if evidence shows that it works.

Intense public interest in obesity creates an environment of exaggeration and false promise. Any store magazine rack tells all. We spend over $30 billion a year (not millions, but billions) to shed our extra pounds. Yet, we continue to get heavier and heavier, with the number of overweight adults (20% over one’s ideal body weight) increasing by more than 30% during the 1980s, according to the National Center for Health Statistics. Almost 40 million adults were considered hazardously overweight in 1990. And perhaps most alarming of all, obesity among children during the past decade has increased at an unprecedented rate. No wonder the public voraciously consumes all manner of encouraging, yet largely deceptive, words.

The Facts Beneath the Promises

To get to the real facts lurking beneath the false promises, let’s refresh our knowledge with a few very simple ideas on genes and how they work. Genes, supposedly numbering more than 100,000, are the codes that dictate the kind and amount of proteins to be produced in our cells for the proper functioning of our bodies. These genetic codes are made up of unique sequences of four kinds of purine and pyrimidine chemical bases strung, like beads, along a long chain of DNA. Except for red blood cells, virtually every cell in our body contains the same DNA. The specific DNA codes (genes) called on to direct synthesis of these proteins depends on which kind of cell is doing what.

The production of protein from DNA first involves transcription of the DNA code for each gene into a rather similar copycat code of RNA. Then, the RNA code is translated into the unique sequence of amino acids that comprise each of the hundreds of thousands of different kinds of proteins. The overall process is far more complex than this (the literature on this process could fill hundreds of thousands of pages!), but this will do for our discussion.

The proteins produced from the DNA code carry out their unique functions mostly as enzymes and hormones. Enzymes regulate an enormous number of highly integrated and interdependent biochemical reactions, while hormones carry messages from the cells of one tissue to the cells of another. Again, this process is highly interdependent and complex. We should mention that hormones, after traveling through the blood cells to another tissue, transfer their message to the new cells by binding to portals of entry, or receptors, on the cell surface. At this juncture, the message is passed across the cell membrane to produce additional messages on the inside of the cell.

Bottom line? These reactions are so integrated, interdependent, complex, and intricately controlled that there is virtually no way that we can manipulate only one reaction, and then accurately predict all the consequences.

Okay, now let’s go back to our obesity gene story and find out why I say we are sitting on the precipice of another scientific disaster. Because each enzyme or hormone within the complex web of integrated reactions is derived from a unique gene, it follows that there must be a large number of genes playing roles in the determination of obesity. Drugs are imagined every time a new gene is discovered! But there simply is no way we’ll ever be able to treat obesity in such a superficial manner. Even if a drug is shown to produce an effect on obesity, it either will not be sustained or it will be associated with long-term adverse consequences. I will bet on it.

Why is it that we in science find it so difficult simply to observe how Nature handles the problem of obesity, then choose our actions accordingly? We already have overwhelming evidence that a low-fat, plant-based diet and regular exercise can largely control most weight problems. Of course, we don’t know exactly how this works mechanistically, but this is secondary. Knowing exact mechanisms serves drug companies more than consumers. And one final prediction: such a diet and exercise program will be found to regulate in a consistent manner the activities of all these genes, those now known and those to be discovered, in ways that work best for weight control and overall good health.

Why do science and medical authorities persist in telling consumers that such a diet and exercise program is extreme and is something that most people will not like anyway? Isn’t it a bit arrogant for us to suggest what consumers might like, then do research on something that mostly serves our own interests?

A total lifestyle change is safer, and far cheaper to adopt. Try it, and you’ll wonder why you didn’t make the dietary switch much earlier. Wishing you the best of health!

How Is Cell-Cultured Meat Changing the Future of Food?

The Health Impacts of Fish & Seafood: An Incomplete...