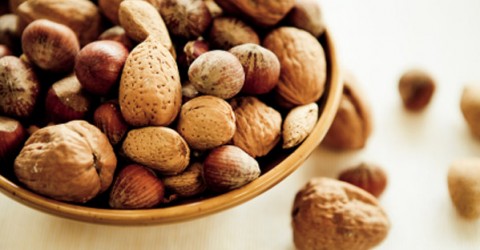 I don’t argue for a 10% fat diet as the main starting point. Rather, I begin with the view that a plant-based diet is optimal and it just so happens that this diet, when done right

(good quality WHOLE vegetables, legumes, fruits and cereals), is low in fat as well as in protein. It is a diet that, for most people, is 10-15% fat, and 8-12% protein. For those who demonstrate vulnerability to health disorders, the fat intake should favor the lower side. Dr. Esselstyn (in his heart disease reversal study) and Dr. John McDougall (thousands of patients) have demonstrated this very clearly. The difficulty that we, as individuals, all face is really how vulnerable are we.

On the protein evidence, I have spent my entire career working in this field and am appalled that so few people know the evidence, some of which is very old and most of which is heavily influenced by our personal reverence for this nutrient. But much more to the point, in my own work, our results propelled me to ask broader questions, even though the singular effects of animal based protein were alarming and convincing. I chose for the time being not to go down that path and agree with Dr. Katz that we need to ask broader questions–precisely as I did in The China Study.

My arguments, however, for a plant based diet are far more comprehensive, including the empirical findings that have been published by other researchers (some of which is relatively old), the work that we did in our own laboratory (some of which by traditional standards is very profound in its implications) and most importantly the concept of what nutrition really means. Although in nutrition studies I involved myself for many years in detailed and extensive studies on explanatory mechanisms and narrowly focused studies of individual nutrients and other chemicals–just like that demanded by normative science–I have now come to see nutrition as a much broader concept. Fortunately or unfortunately, I have become quite passionate about this idea because of both the intellectual beauty of the concept and because of the demonstrated empirical findings. It would require far more discourse than is possible here but, put simply, nutrition is the highly integrated, interactive, even symphonic effect produced by countless food chemicals that maintain health and prevent disease. I have come to see it at the biochemical, intracellular level (it’s truly fascinating) as well as at the ecological outcome level. Chronic degenerative diseases tend to aggregate, both at the geographic and individual levels. Biochemical pathways and reactions–in ways that exhibit feedback control, homeostasis and adaptation–operate in ways that ultimately converge to produce their effects. Plant-based components (literally tens, even hundreds of thousands), when ‘dose’ is taken into consideration, drive these myriad reactions that elicit a symphony of effects. Animal based components oppose this trend. This, in my view, is a very powerful argument for a diet largely if not entirely composed of plant based foods.

There is a second more practical point that should be considered. Namely, we are all prisoners of our taste preferences thus the food that we choose to eat is that which we have become accustomed to. Now we know that these preferences, although limiting our choices in the short run, can be changed. We do adapt and there are some good empirical studies showing this to be the case. Also there are lots of anecdotal evidence. If someone wants to consume a low fat, low salt, low protein, high complex carbohydrate diet, it may for many people be initially difficult–maybe even for weeks–but a little persistence will prove my point. I was raised, as you know on a high fat, high animal food diet–while milking cows– and drank a lot of milk and ate lots of meat, but I can now honestly say that to go back to a high fat diet would make me physically ill. The same is true for my wife, our 5 grown children and our 5 grandchildren.

Take for example the Nurses’ Health Study (not to pick on that study but only to illustrate a problem with most if not almost all epidemiological studies to date) to see my views on the Mediterranean diet. I was a presenter in the initial conference at Harvard on the Mediterranean diet and have followed it with great interest. But what I also find is the questionable evidence on the alleged beneficial effect of the mono-unsaturated fats. There are studies that show that the monounsaturated fats advance the atherosclerotic lesion much like the other fats. Further, when we compare the low fat Asian diet with the high fat Mediterranean diet, we see some very interesting but mostly unacknowledged findings. Both groups of people, the Mediterranean people and the rural Chinese, consume a mostly plant-based diet–about the same proportion of plant based foods in each diet. Although much has been said about the lower cardiovascular and cancer rates among the Mediterranean people, this really means lower than the U.S. and U.K. In reality, the Mediterranean disease rates are significantly HIGHER than the rates of the rural Chinese. So my question is why ‘higher’. Is it because of their higher consumption of olive oil? I think that it could well be the case, especially given the adverse effects of monounsaturated fats on atherosclerosis lesions.