Topics » Success Stories » From Colds, Flus and Acid Reflux to Healthy on a Plant-Based Diet

From Colds, Flus and Acid Reflux to Healthy on a Plant-Based Diet 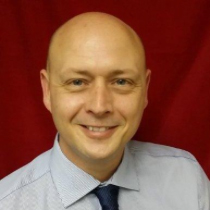 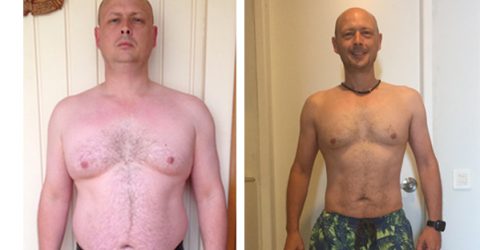 Let me introduce the chap on the left side of the photo. He is me in 2013 and he weighs in at 92kg (203 lbs). He is 39 years old, lives on a mostly processed food diet with meat and dairy and smokes, his only saving graces are that he doesn’t drink much and exercises. In fact he’s quite active, clocking up an average of 4,000 calories a week in the gym…but he kept getting fatter, and caught every seasonal flu and cold as well as suffered from acid reflux. The chap on the right is me in 2016; he is 42, lives on a plant-based diet and as of August is dairy free! He eats a small amount of processed foods, drinks a bit of wine, exercises less and never seems to get the flu or any other sickness and…thankfully does not suffer from acid reflux anymore and weighs in at a nice 65kg (143 lbs).

So how did I transition to a plant-based diet?

It started one lazy night in July 2015 flicking through YouTube looking for something to watch when we stumbled upon Earthlings. For those who don’t know it is the 2005 documentary that graphically depicts the suffering of animals in factory farms, research labs, puppy mills and other industries. After watching both Joanne (my wife) and I decided to stop eating meat (stop eating earthlings), but just as importantly we decided to learn about food. This led us to watching a host of documentaries and also reading The China Study. At the time my wife was studying nutrition, so she was already on the road to eating healthier, but I still had a lot to learn. Luckily I had Joanne and she designed a diet for me that would remove my dependence on processed foods and animal products.

For the first couple of weeks I found the change a little hard on my taste buds as I went through withdrawal from the sugar and chemicals in the processed foods, luckily this was eased by Joanne’s skill as a chef. After that short period of time, the change was dramatic; my energy levels increased and body fat started to come off at a steady rate of around 1Kg (2lbs) a week. Because I was eating lots of plant-based fats and proteins I stopped snacking and craving processed carbohydrate sugary junk food and I felt full all the time. Joanne was also grateful that I stopped snoring and in turn she also started to sleep a lot better than she had in years.

By September 2015 my weight had stabilized and my skin, although still a little loose around my stomach and waist was starting to shrink, perhaps I could have helped it along by doing the odd sit-up, but that’s hard work. By this point I had changed my exercise plan to focus more on walking, light training and jogging…i.e. more fun and less stressful exercises as opposed to slogging it out in the gym.

So now it’s October 2016 and my weight has been stable since April at around 65kg (143 lbs). I still eat a plant-based diet with minimal processed foods, although we do still eat the odd takeaway and processed cake while out; we are Vegan and predominantly Raw Food and have never been healthier or happier.

So what did I personally discover on my journey to discover how to eat real food again? Well, the first and probably most important thing I learned was that real food doesn’t come in a packet or from a factory.

Real food is the stuff that grows from the ground; vegetables, fruits, nuts and seeds and beans that give me everything I need to be healthy and happy and have the energy to live my life. They contain the fats, proteins, carbohydrates to fuel me and the nutrients that my body needs to work efficiently.

Going Plant-Based: Should You Transition Slowly or Go...

Have a Berry Happy Valentine’s Day With These 6...

What Impact Does the Keto Diet Have on Gut Microbiome...

How to Replace Dairy Products With Plant-Based Foods

How to Prevent Inflammation – It Can Hurt More Than...