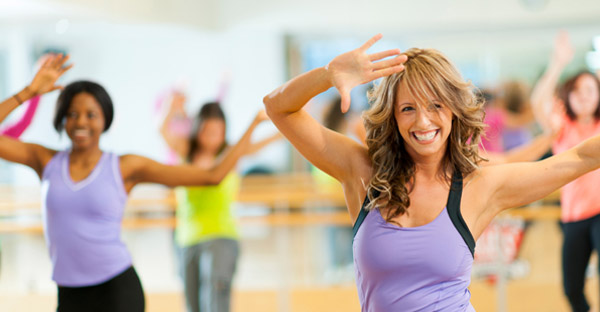 Getting a jump on the plant-based journey: Two ways exercise speeds successful transition

Our collective consciousness understands that exercise is an important part of a healthy lifestyle. Usually, this is viewed through the lens of improvements in physical strength, reduced body fat, enhanced vitality—and a better figure. This is all well and good, yet it buries the lead. For there’s a bigger story to tell when it comes to physical activity.

There is a lot more to exercise than building muscle and burning calories. Perhaps even more importantly, exercise inspires healthy lifestyle change because of the way it affects our brains. And unless you were born on a plant-based planet and simply need to adapt to the available food supply, learning the basics of a whole-foods, plant based eating plan—and putting them into practice–presents a decided learning curve. Here are two ways that exercise will inspire and ease your way to plant-based living.

Exercise is Miracle Gro for the brain

Physical activity inspires the brain to create new synapses via the responding hormonal cascade.[1] Exercise enhances the expression of a protein in your brain called brain-derived neurotrophic factor, or BDNF. Without BDNF, our brains aren’t able to take in new information or make new cells—biochemical basics for learning something new, such as those demanded by making lifestyle change. The exercise-induced rush of hormones to your brain mixes with BDNF, nourishing neurons somewhat like scattering fertilizer on your flower garden.

BDNF also plays this important role in brain cell growth and learning by enhancing neuroplasticity. Neuroplasticity is the biological process by which you acquire new skills, file away new experiences, and store new knowledge—such as planning for, procuring, and preparing your plant-based plate. By stimulating BDNF growth factor, you become mentally poised to create new skills and systems of practice that support your new, healthy lifestyle. Think of it as a booster shot for building better habits. And though we still have a lot to learn about how exercise impacts BDNF, the existing evidence tells us that the exercise-induced up-regulation of BDNF expression plays a role in enhancing cognitive function as well as upgrading your mood.

In addition to the BDNF action, exercise stimulates the production of new synapses, the connections that constitute functional brain circuitry. Simple aerobic exercise, such as walking 45 minutes a day three times a week, has been shown to improve episodic memory and executive-control functions by about 20 percent.[2] Your executive command center is that part of your brain that can override impulse in favor of making better choices—distinctly useful on the journey to eating and living healthier. Art Kramer, PhD, Professor of Psychology and Neuroscience and Director of the Beckman Institute for Advanced Science and Technology at the University of Illinois at Urbana-Champaign, found that a year of exercise can give a 70-year-old the brain connectivity of a 30-year-old, improving memory, planning, dealing with ambiguity, and multitasking. “You can think of fitness training as changing the molecular and cellular building blocks that underlie many cognitive skills,” he says. “It thus provides more generalizable benefits than specifically training memory or decision making.”[3]

Any lifestyle change—no matter how positive—generates some initial internal discomfort and stress. Along with the excitement of discovering the simple, delicious and colorful ways that plant-based living can transform your health—and your life—this discomfort is simply the signs of resistance to upsetting the status quo coupled with the uneasiness inherent in learning something new. The process of revamping your menu, learning new recipes, and updating your understanding of healthy eating is an example of positive lifestyle change that is not without its challenges.

The rush of hormones to your brain during physical exercise, already mentioned in connection with BDNF, also enhances your mood and anti-anxiety agent by stimulating the production of endorphins, the body’s natural painkillers and mood elevators. Regular physical activity will ease the transition to a whole-foods plant-based food plan by mechanically and biochemically by diffusing the stresses of change and building confidence.

Exercise also puts you in a better frame of mind for choosing healthy food, shifting your preference from unhealthy, high calorie to healthier low calorie fare.[4] In a study reported in the American Journal of Clinical Nutrition, exercise increased neural responses in reward-related regions of the brain in response to images of low-calorie foods—and suppressed activation during the viewing of high-calorie foods. Think about it. After a swift run or spin on a bike, a freshly sliced, juicy orange usually looks more appealing than a wedge of pecan pie.

Never underestimate the power of simply moving your body to create profound effects on cognitive ability—in all its arenas. Exercise—harnessed with the brain-enhancing, mood-lifting benefits of a whole foods plant-based food plan[5] — may be the single most powerful tool you have for optimizing brain function and mental health. The more important benefit that physical activity delivers is the effect exercise has on your mood, your attitude, and your ability to respond to the demands of change by building cognitive function, a good attitude, and bestowing a long term sense of well-being—thus energizing lifestyle transformation. In the transition to plant-based living, the food is your first focus—yet get yourself moving and watch it give your whole project more optimism, energy—and success.

*Excerpted and adapted from The Plant-Based Journey: A Step-By-Step Guide for Transitioning to a Healthy Lifestyle and Achieving Your Ideal Weight by Lani Muelrath (Ben Bella Books, 2015).