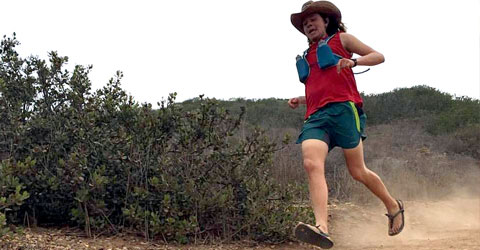 “You have no right to be here, Jarod. You don’t deserve this. You can’t do this.”

Those were the doubts speeding around my head in New Mexico’s Rocky Mountains in July of 2013 as I embarked on a 70 mile, two week trek with a 65 pound backpack as a 14 year old. I was participating in one of the most sacred treks of the Boy Scouts of America: Philmont Scout Ranch—a backpacking adventure where Scouts endure mental, physical, emotional, and spiritual challenges. For me, those challenges immediately manifested themselves on the trek’s first day. As I made my way up the hike’s first climb, watching the rest of my crew ascend easily, I could barely breathe, focus, or comprehend my surroundings due to my utter lack of preparation and physical fitness. I felt like I was being crushed and exploding at the same time. I didn’t think that it could get any worse.

Then it began to rain.

Throughout my elementary school years there were certain themes I associated with certain people. With my parents: love and adventure. With my extended family: food. Throughout my childhood, being with my aunts, uncles, and grandparents meant food and lots of it. Despite my parents efforts to prevent it, I fell in love with food, and I lied about it. I would visit my aunts, uncles, and grandparents, gorge myself, and then return home to tell my parents that I ate “healthy.” Health had a very twisted definition for the majority of my early life.

I soon became more and more adrift in my search for health, focus, and my own identity. That internal conflict eventually led to a desire to make a positive change. I could see how going vegan had transformed my parents lives for the better, and I realized that my self-image was largely shaped by my being overweight. In March of 2013, as a 14 year-old eighth grader, I went vegetarian to test the waters, and by April I went vegan. Having made that transition, you might expect that my story would end there with happily ever after, at least in terms of my physical health. Unfortunately, my challenges were just beginning.

Three months after going vegan, I struggled through the 70 miles of that Philmont hike, but I finished. I looked at that trek as my chapter heading between middle school and high school. However, in that first semester of high school, I lost myself, felt alone, and had an almost ever-present stomach ache as I dealt with the stress and anxiety of mistakes and their consequences. I may have been vegan, but I was a junk-food vegan, and that substandard diet contributed heavily to my emotional downward spiral.

Near the end of the semester my dad sat me down and let me know in the most compassionate way that he was always there for me. The tearful and deeply emotional conversation that followed was the catalyst for the astonishing enlightenment that I would undergo over the next few years.

However, that change did not occur right away. Eight months after that fateful conversation with my dad, I began to desire a new adventure like Philmont: one that would challenge me deeply and provide me with a goal to work towards. I soon discovered the John Muir Trail, or JMT as it’s commonly known, a 211 mile trail that runs from Happy Isles, Yosemite Valley to the peak of Mount Whitney, the tallest peak in the contiguous 48 states. The trail immediately captured my fascination, and I approached my dad to attempt the trek with me. He agreed, but told me that we would do it his way: light and fast, like the ultra-trail runner he is. Where most people backpack the trail over roughly three weeks, we decided to fast-pack it in ten days.

Over the next ten months, using the JMT as an extrinsic motivator and my mission to better myself as an intrinsic one, I forged myself into a tough ultra-trail runner. My dad and I adventured everywhere from the Pacific Northwest to the bottom of the Grand Canyon to our home trails in preparation.

From the moment I began to run, I started my transition from the junk food vegan lifestyle to the whole food, plant-based lifestyle that would give me the fuel I most needed.

A vital part of those ten months, along with the running, was focusing on what I ate. From the moment I began to run, I started my transition from the junk food vegan lifestyle to the whole food, plant-based lifestyle that would give me the fuel I most needed. It took me a long time to refine it, and I am still refining it everyday, but the large strokes of cutting out bread and processed sugars have shown me that to truly fuel yourself it is not simply to eliminate eating animal products, but to not eat anything that will harm you. My approach has been one based in peace, not only peace to animals, but peace also to myself. Why would I poison myself with processed flours, sugars, and chemicals simply because they are “vegan”? Just as in following our truest paths, you must let go of what does not serve you. I say eat food that fulfills you, not fills you.

So, with deliberate preparation fueling me, on July 15, 2015, we set out on the John Muir Trail, and that day, exponentially more difficult than Philmont, quickly became one of the most arduous of my life. The Sierra Nevada mountains will beat you to a pulp regardless, but as trail runners we were accustomed to minimal gear and moving relatively fast over the land. Even with an extremely lightweight backpack, we were not used to having weight on our backs. Ultimately, that would be our downfall. 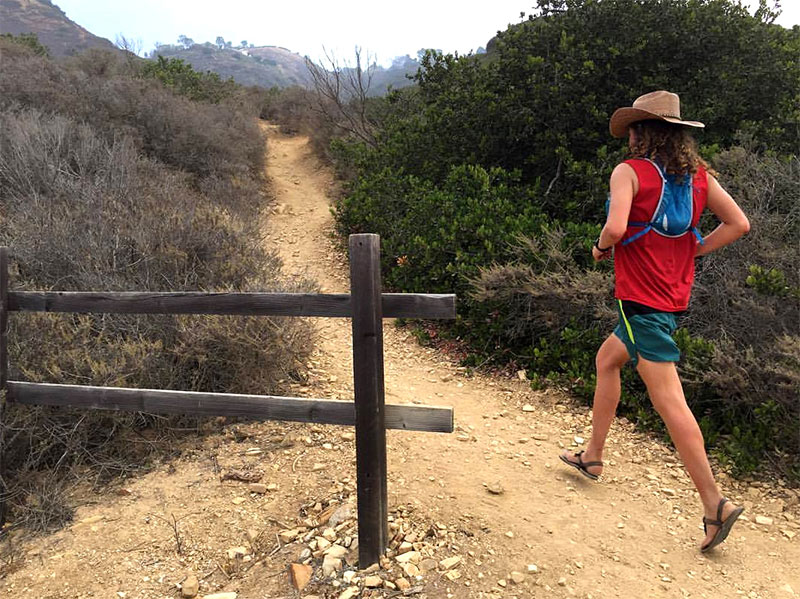 The adventure on the JMT that my dad and I had, of which we did 60 of the 211 miles, may seem like a failure to most. We did not complete the journey we had set out to complete. However, I do not look at failure as something to hold me back. That journey, specifically due to its brutality and the fact that we did not finish, forever shaped my life. It provided me a glimpse of what I was capable of, both in grand adventures and daily life. It allowed me to unlock aspects of myself that I never knew existed, which fueled my future endeavors.

Failure, and discomfort, are wise teachers, it is vital to remember that. But we truly learn their lessons when we carry them forward and refuse to give up. Philmont and the JMT were part of a path to personal growth that I never expected, and by sticking to that path, I was ultimately able to complete the brutal, life changing Bryce Canyon 100 miler race last year. Now I can look forward to the next adventure, knowing that I have the strength to endure.

This Plant-Based Ultra Race Runner is Striving For...

From 400 lbs & Disabled to Thriving Plant-Based...