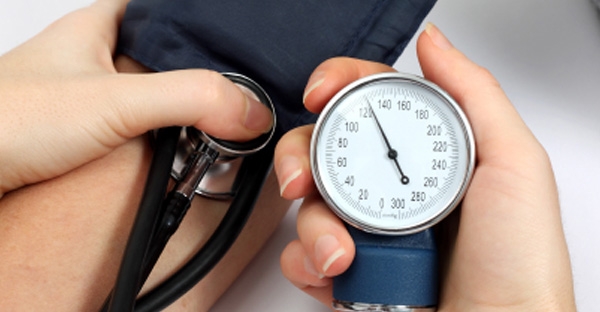 Learning to Live Without It

What is the epidemic condition that causes more death and disability in industrialized countries than any other?

What is the leading reason for visits to doctors and the single biggest justification for drug prescriptions?

What condition affects the majority of Americans over the age of 65, often has no symptoms, and is referred to as the “silent killer”?

If you said high blood pressure, also known as hypertension, you would be correct.

Both measurements are important risk factors that are associated with your risk of morbidity and mortality. That means your risk of becoming ill or dead.

When blood pressure is elevated the increased wear and tear on the blood vessels and the turbulence created in the bloodstream appears to increase the tendency to form fatty sores called plaques. When these plaques rupture they may lead to a blockage of the blood vessels that feed circulation to the heart or brain resulting in a heart attack or stroke. These incidents are the leading cause of death in industrialized countries.

Fortunately there are many options other than drugs that work to safely lower blood pressure, thereby reducing the risk of premature death and disability.

*Blood pressure numbers are given here as “points” without the associated terminology as “millimeters of mercury,” indicated by “mm Hg.” The correct way to technically describe blood pressure of 120/80 is “120/80 mm/Hg.”

In a study conducted at the TrueNorth Health Center in California and published in the June 2001 issue of the Journal of Manipulative and Physiological Therapeutics, the use of water-only fasting followed by a low-fat, low-salt vegan diet demonstrated the largest effect on lowering blood pressure of any study in the scientific literature. The average drop in systolic blood pressure in 174 consecutive patients was 37 points. In those patients with higher levels of blood pressure, starting at what is called Stage 3 hypertension (where the systolic blood pressure exceeds 180 points or 180 mm/Hg), the average reduction was 60 points!

In a second study, also conducted at the TrueNorth Health Center and published in the October 2002 issue of the Journal of Alternative and Complementary Medicine, a group of 68 patients with “borderline” high blood pressure (systolic blood pressure between 120 and 140 mm Hg) underwent a period of water-only fasting for an average of two weeks. The average reduction in blood pressure exceeded 20 points, resulting in a final average blood pressure of 96/67. This is a level similar to that level suspected to be optimum blood pressure by Dr. Richard Peto of Oxford and other authorities.

In 2001, California’s largest labor union, The International Union of Operating Engineers, elected to make the TrueNorth Health residential health education program a fully covered medical benefit offered to all active and retired union members and their families that suffer with high blood pressure or diabetes. This represents the first time in history that a major medical payer has agreed to provide water-only fasting as a fully covered medical benefit.

The Operating Engineers Union is self-insured and all information concerning medical expenses is centralized. This has allowed us to accurately evaluate the effect of the fasting program on the cost of medical treatment and drugs in the year prior to, and the year after, participation in the TrueNorth Health program. The results have been clinically and economically impressive. The cost of medical and drug treatment was reduced an average of over $2700 per member in the first year alone. This cost savings exceeded the cost of the program, demonstrating that fasting can be both clinically and economically effective. TrueNorth Health Center will continue to track the outcomes of the Union members in the years to come, and we expect the long-term results to be outstanding.

Feeding After the Fast

The effect of fasting on blood pressure can seem like a miracle, as patients who have been told that they need to take medications “for the rest of your life” are able to throw away those medications. However, in order to sustain the results requires compliance with a health promoting lifestyle, including proper diet, sleep, and exercise habits.

With respect to diet, we instruct our patients to avoid all processed foods that contain added salt, including bread, cheese, highly salted salad dressings, soups, sauces, soda, as well as the use of coffee, alcohol and chocolate. In place of a conventional American diet, we encourage a diet derived exclusively from whole, minimally processed foods including fruits, vegetables, unprocessed whole grains, beans, and raw nuts and seeds.

By avoiding all meat, fish, fowl, eggs and dairy products as well as all foods with added oil, flour, salt and sugar, our patients eliminate the dietary excess that is a contributing cause of high blood pressure. When combined with a program of proper sleep and exercise, the results are consistently outstanding. By utilizing fasting to jump start a new way of living, patients are able to break bad habits and gain control of their health. High blood pressure is just one of many major health concerns that can be successfully treated with this approach. And it is one that you can definitely learn to live without!