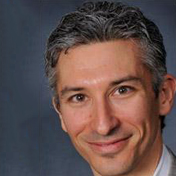 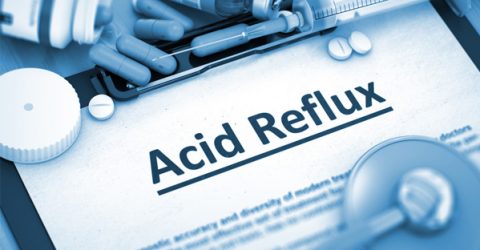 Have you ever had recurrent hoarseness? A persistent cough that doesn’t go away? The sensation of a lump in the throat or even pain in the throat that lasts a long time? Would you believe that these are all reflux related symptoms that affect the throat?

Many Americans are on a form of acid reflux therapy. Most people are familiar with the common symptoms associated with common variety reflux symptoms: burping, heartburn, regurgitation. However, as an Otolaryngologist (Ear, Nose and Throat specialist), I see a large number of patients who do not know that they have reflux in the first place. It has been estimated that roughly 10% of patients presenting to an otolaryngologist have an upper aerodigestive tract complaint related to reflux[1]. You ask how this could be? I will explain.

Clinicians refer to this form of reflux as silent reflux or Laryngopharyngeal reflux. The larynx, or organ oftentimes referred to as the “voice box” is actually a complicated part of our body where the respiratory and digestive tracts diverge. Located in the bottom of our throats, the front part of the larynx is designed to produce speech and regulate breathing by coordinating the opening and closing of our vocal cords. The highly sensitized tissue that coordinates breathing also acts as a gateway to our trachea. Behind our vocal folds is the entrance to our esophagus. Because of this close approximation of airway and digestive tracts we are taught not to “talk while you chew” so as to prevent aspiration. Fortunately, the larynx is already highly prepared to prevent aspiration events (where foods or liquids accidentally go down the airway). A very highly sensitized organ stands at the ready to coordinate vital life-preserving tasks. Disruption or inflammation of this organ systems creates chaos and disrupts this finely tuned organ system.

Now let’s turn our attention to the digestive system. In order to digest foods in the stomach, acids are churned out. This in turn activates an enzyme called pepsin (also produced in the stomach) which is used to break down proteins. Fats in our foods are emulsified with bile salts (produced in the gall bladder but finding its way back up into the stomach) to help with absorption of fat through the lymphatic system. All these chemical compounds that we produce has irritative effects on our own tissues and are only ideally tolerated within the stomach and intestines. When someone suffers from active reflux, the stomach contents including acid, pepsin, and bile, regurgitate upwards and spills over the larynx. This can occur in the absence of more common complaints including heartburn, etc.

To make matters more complicated, it is thought that the very basis of reflux changes in the tissues of the esophagus (and by extension to the larynx) is mediated through an inflammatory reaction[2]. 12 volunteers elected to undergo biopsy of their esophagus at the Veteran’s Hospital in Dallas after voluntary stoppage of their reflux medications without any other changes. Naturally the reflux problems recur, but the findings were surprising! Rather than a simple caustic injury to the surface tissue of the esophagus, or a chemical injury, this study revealed that the surface erosions that later form are preceded by inflammatory microscopic changes at the cellular level at the basement membrane (or part of the cell furthest away from the luminal surface)[1]. The dysregulated process of digestion may in fact be far more complicated than it seems. Which leads to the reason why starting a reflux medicine to treat laryngopharyngeal reflux leads to slow relief of symptoms. Proton pump inhibitor medicines are the most potent medicine for acid inhibition in the stomach, and thus commonly prescribed for reflux. Long term use is associated with a loss of bone density and kidney damage.[3][4] Thus it becomes essential to offer patients an alternative to conventional therapy to manage chronic cough, soreness in the throat, a lump sensation in the throat, and hoarseness all due to chronic reflux.

For the past three years I have been utilizing a whole foods, plant-based approach to management of laryngopharyngeal reflux. What is surprising is the rapid effectiveness of such a treatment plan. Patients used to take months to recover from symptoms while on medicines. Now they implement a change in their diet to reflect an elimination of animal-based proteins and fats from their diet and replace this with fiber and nutrient dense foods. This has resulted in the rapid resolution of many symptoms that have sometimes been present for years and severely compromised quality of life. Reductionist thinking has trapped the current treatment paradigm of treating reflux to acid reduction. Instead, a whole foods plant-based approach to the management of a likely multifactorial and complicated digestive problem can cure ‘difficult to control symptoms’ that are otherwise resistant to treatment through medicines. And in the process of relieving a common ailment, the process of eating whole foods, plant-based nutrients can reverse or prevent other silent killers such as cardiovascular disease and cancer[5]–[8]. What do you have to lose? Pay attention to that annoying cough, sore throat, hoarse voice, or lump in the throat. It may be the chance to manage loud and obvious symptoms that could later save your life! 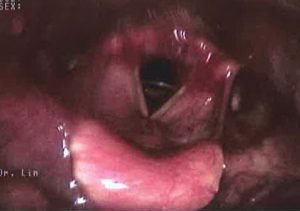 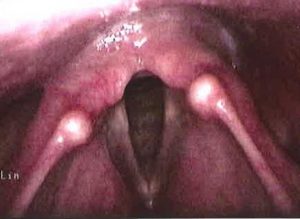 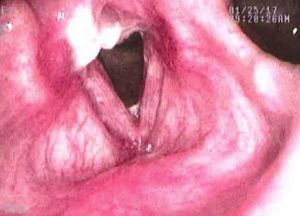 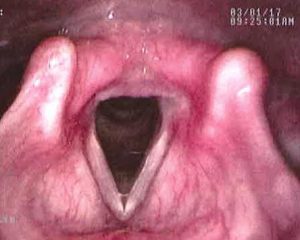 Figure 4. Dramatic healing of larynx after whole foods, plant based nutrition plan instituted in the same patient without medications