Register now
Topics » Disease » Too Many Cancer Promises & Too Much Professional Arrogance?

Too Many Cancer Promises & Too Much Professional Arrogance? 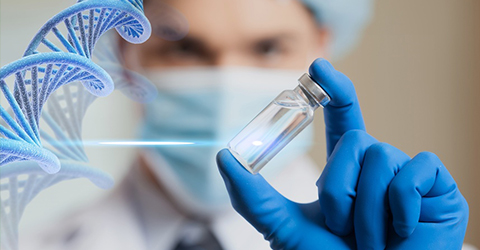 Science, in the view of many scientists like myself, has long been considered the premier journal in the professional science community. It is published by the American Association for Advancement of Science (AAAS) and it covers a wide variety of specialties in the physical, biological and social science communities—except, I should add, for the science of nutrition. During the last couple of years, it has given unusual attention to topics at the forefront of cancer research, especially the molecular genetics of cancer, often with mention of immunotherapy as a very promising frontier for cancer treatment. The most recent edition (23 March 2018) offers a “special issue” on “Cancer Immunotherapy,” a protocol designed to prompt the immune system to use its own tools to kill cancer cells. Inside the journal’s covers, the introduction to a series of original papers on this topic begins with the title “The Cancer Immunotherapy REVOLUTION.”[1] To be fully candid, this is highly concerning and prompted me to write some thoughts on the incredible hoopla now being spread far and wide in the media on this alleged frontier in cancer. Such hyper-promotion ignores a role for nutrition in prevention and treatment of cancer[2] and when Science and related cancer journals ignore the sciences of diet and nutrition in the cause and possible treatment of this disease we all lose.

There is little or no evidence that the famed War on Cancer which was declared with considerable hype in 1971 by President Nixon has succeeded.

Many promises on finding a cure for cancer have been made by authoritative bodies during the last half century, coinciding with my career in this field. There have been some gains in bringing this disease under control, but not nearly the kind that most would have hoped for. Probably the most important—and this applies to prevention, not to cure—is the aggressive stance taken by public authorities against tobacco use because it causes lung cancer (and heart disease). As rates of smoking started to decline after the 1964 Surgeon General’s report, corresponding rates of lung cancer also began to decline about 20-25 years later, indicating a reasonably convincing cause and effect relationship. Also, breast cancer deaths have plateaued during the past 3-4 years but the reason for this is not at all clear. A diet rich in animal-based foods and deficient in plant-based foods has been associated with breast cancer, almost ad nauseum, but the diet recommended by the professional cancer societies for breast cancer survivors is nearly opposite the evidence on prevention.[3] For example, breast cancer survivors are told to eat small meals but also to “make sure” to include some protein such as eggs and Greek yogurt and, simultaneously, to focus on foods “you really like.” It is also said that cancer patients should be careful about consuming too much fiber, which is exclusively provided by plants. Although total cancer mortality has decreased about 20% during the past 2-3 decades, probably due to cancer prevention, I do not believe that much progress has been made on the matter of cure, certainly not the kind inferred by the many promises now made for so many decades.

There is little or no evidence that the famed War on Cancer which was declared with considerable hype in 1971 by President Nixon has succeeded. When this ‘war’ started, the idea that viruses could be important causes of cancer was being voiced—and this promised to be a new direction. This was in addition to the continuing discussion begun in the 1950s that environmental chemicals were important causes of cancer and all that we needed to do was to double the efforts to discover them, then regulate them out of existence. This was considered important because many of these chemicals were shown to cause genetic mutations that were capable of initiating cancer.

In an odd sort of way, chemicals with similar mutagenic properties are being used as drugs to treat cancer by killing cancer cells but evidence has since arisen to show that they may cause new cancers! Hoped for success in finding a cancer cure since the war on cancer began has been dismal. Not only can these drugs possibly cause new cancers, a very large 2004 analysis of their efficacy (involving 22 types of cancer) showed that they increase 5-year cancer survival by only 2.1%![4] Worse, the average cost of developing such a drug is a staggering $1.3-1.8 billion ($2.5 billion, if lost ‘opportunity’ money had been invested elsewhere). Meanwhile, the money spent for research on finding a cure and treating cancer victims has been staggering. A 2011 report estimated that the cost for cancer treatment in 2020 could be as high as $200 billion,[5] more than the budgets of every single state (as of 2018).

The most promising opportunity since 1970 appears to have been the interest in identifying specific genes that are the root causes of specific cancers. This helped spur development of The Human Genome Project begun in the mid-1980s. Later in 2001, 90% of the complete sequence of all 3 billion base pairs of the human genome was published.[5] Since then, intense interest in these suspect cancer-causing genes has led to an explosive amount of research information, now called BIG DATA by some, a fountainhead of information for BIG PHARMA. Many, if not most cancer researchers are confident that this enormous body of information will eventually lead to a more complete and useful understanding of the causes and treatments of the many forms of cancer.

But here is where I am traveling a different path. I have serious doubts that BIG DATA, BIG PHARMA and BIG MONEY will do very much to solve the cancer problem. I certainly hope that this new information will be helpful but I have serious reservations—on two grounds.

First, virtually all research on cancer treatment relies on a fundamental concept that cancer is a genetic disease—it has been stated many times by many authorities. The U.S. National Cancer Institute of NIH states it on its website, “…cancer is a genetic disease.” Almost everyone, myself included, agree that cancer is initiated by a damaged gene that, if not repaired, results in a mutation when the cells divide into next generation daughter cells. Further, these mutations may be caused by environmental chemicals, solar radiation, and reactive oxygen molecules over-produced in the body. Aside from the mutations that initiate cancer, we now have information that a large number of additional mutations (perhaps tens of thousands or more per cell) appear in cells as they develop into mature cancer. These mutations are thought to enable these cells to leave their site of origin and ‘spread’ to other tissues in the body (i.e., metastasize) as well as to develop resistance to drugs that might be used for treatment. It is understandable how cancer authorities believe that cancer is a “genetic disease.”

The concept that cancer is a genetic disease, however, also infers that cancer development is irreversible because reversal of mutations back to a normal cell is extremely rare. The probability of mutating a normal cell to a cancer cell during cell division is approximately one in a million or so (10-6). If we assume the same probability for a back-mutation (10-6), the probability that a cell will become cancerous then reverse course is exceptionally low (a probability is about 10-12, or one chance in a trillion). Therefore, the only practical way to reverse (i.e., treat or cure) cancer is to kill cancer cells, as with chemotherapy, radiotherapy and/or surgery.

But this cannot be correct. We demonstrated in laboratory animals in my research group more than thirty years ago that cancer development could be repeatedly turned on and off simply by changing the consumption of animal protein within very reasonable levels of intake.[6-8] This and many follow-up studies, which demonstrated similarly provocative observations and perspectives on nutrition and cancer, cannot be overemphasized.[9]

My second concern is with the concept of targeted drug therapy, which is intended for the selective killing of specific cancer cells in the midst of an infinitely complex collection of cells, normal and cancerous. Not only are these chemotherapy chemicals foreign to the body—thus requiring their detoxification—they also are largely ineffective.[4]

To be fair, a seemingly more reasonable approach to the use of targeted drug therapy is being developed that recruits the immune system to kill cancer cells ‘naturally’ (immunotherapy).[1] Several versions of this protocol[10] are being investigated but they are still compromised because they are relying on selective targeting while ignoring the contribution of other systems.

These two concerns—1) assumption that cancer is a genetic disease and 2) the proposal of targeted drug therapy—are fundamental to the entire cancer research and care enterprise. However, these assumptions must be seriously questioned. The evidence against these hypotheses, both hypothetical and empirical, is substantial and the human health and financial costs suffered by individual cancer patients can no longer be tolerated.

Alternatively, there now is substantial evidence (some direct, some indirect) showing that prevention and reversal of chronic disease (heart disease, diabetes, cancer and other chronic ailments) by nutrition is a very promising opportunity. This can be best demonstrated if the nutrition effect is observed through the lens of whole food and NOT through the traditional lens of nutrient-specific and drug-specific activities.[9] Multiple nutrients and multiple causal mechanisms operate simultaneously and in synchrony. This is fundamentally how nature works.

It has been shown that this effect, which is provided by a diet of whole plant-based foods, works well for heart disease, diabetes, and several autoimmune diseases, and should do so for cancer as well, if cancer researchers are disabused of the belief that it is a mutation-dependent disease. Likely the most important property of a nutrition-based protocol for cancer management and treatment relies on the natural ability of nutrition to attend to all possible mechanisms involved in cancer formation.[2] This may sound strange but the evidence for this hypothesis is documented both in my own studies and well as in studies of others.[9]

These two criticisms question the fundamental intellectual pillars of cancer research and care. If taken seriously and used accordingly, I suggest that this would be a classical example of “destructive technology” at work. More substance for this argument may be found elsewhere.[2] I realize that many will disagree with my opinion on this matter but my retort to them would be, “Prove me wrong.” When comprehensively considering 1) the costs of cancer research and care, 2) the lack of substantive progress for the last 35-40 years, 3) the evidence suggesting the use of an alternative strategy focused on diet and nutrition, and 4) the appalling absence of education in nutritional science among cancer researchers and clinicians, it is well past time that something other than classical reductionist theory be considered as a means of controlling cancer!