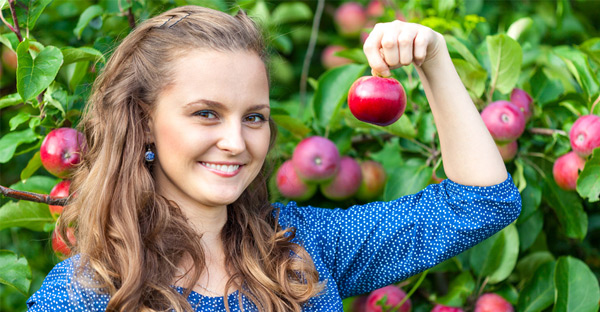 The food culture is changing and Millennials have a lot to do with it. Have you noticed how self-possessed they are, how utterly unafraid and bold they are about breaking away from the old to recreate life as they’d like to see it? They are disruptors, yes, but they might be better described as evolvers. Millennials aren’t interested in doing things the way their parents did just for the sake of tradition; they are asking questions and looking behind the scenes and when they don’t see the sense in something, they figure out how to do it better.

It turns out that eating meat, dairy, and eggs is not making so much sense to a lot of them.

Many Millennials have been online since they were barely able to talk, and they’ve had the freedom to search and see for themselves what goes on at so-called “farms” and slaughterhouses; they’ve witnessed the gruesome process of turning animals into food. They’ve worriedly observed their parents and grandparents struggle under the diagnoses of diabetes, heart disease, and cancer. They’ve watched the documentaries that tell of environmental havoc caused by animal agriculture, and they wonder why things haven’t been addressed in a meaningful way.

One thing is clear about Millennials, as you may recall reading about them in one of the many articles circulating; they want to have a life that is meaningful. They want to make a difference. It’s become clear to them that one of the main ways they can make a difference in their immediate sphere – as well as the bigger picture – is to say “no” to animal foods. I should also add, here, that the youngish have also noted that their skin clears up when they steer clear of dairy and they care about staying trim, which means trimming the animal fat. They are not without personal motives!

Whether it’s for environmental, ethical, or health reasons, the younger generation is embracing meat alternatives and a more plant-centric way of eating, with nearly half (48 per cent) of 16 to 19-year-olds and 40 per cent of 16 to 24-year-olds agreeing that a diet of eating less meat is better all around.[1] That’s a profound shift away from the sentiment “meat is good for you, milk is good for you” held by their elders!

This is a trend that continues to grow more entrenched, and it’s driving a substantial shift in the way Americans think about food. Although many Millennials call themselves vegans or vegetarians, many more of them are more comfortable being “veganish,” meaning that they eat very little animal food with the intention of crowding it out with better, plant-based options as much as possible. They have moved meat, dairy, and eggs from the central position on the plate to the sidelines, perhaps as an occasional “cheat” or for a little flavoring.

As more hip restaurants like Crossroads Kitchen or Little Pine in Los Angeles open in cities everywhere, the easier it is for the younger generation to eat according to their values and principles. The more mainstream restaurateurs become aware of the “veto vote” (if there is even one vegan in a group of eight going out to eat, the group will choose a restaurant that has a few hearty plant-based options along with the regular menu so that everyone is happy), the more vegan entrees will show profitability, and menus will continue to evolve to suit the emerging market. As more protein options like Impossible Foods, Beyond Meat, Kite Hill, and Gardein become widely available in grocery stores, the less likely those “cheats” will be of consequence.

See the meta picture? There is a momentum of “plants are better – kinder and more sustainable – than meat”and Millennials are pushing that trend hard. Not through absolutism or dogma, but by steadily turning away from the sales pitches of Big Food that they no longer trust. They realize they vote with their dollars, and they are increasingly putting their money where their hearts are.

Check out the stunning numbers recently cited in a New York Times article: 1 percent of Baby Boomers claimed to be vegetarian, which then progressed to 4 percent of Gen X’ers saying no to meat, and onward to an even bigger bump with roughly 12 percent of Millennials saying they are total vegetarians.[2]

But remember, that’s not the end of the story; it’s not as black and white as just claiming to be “carnivore” or “veg.” Millennials don’t love labels; they see how much trouble being one thing or the other can cause, how limiting it can be. They are more apt to be adaptable and curious, more exploratory and fluid. Same thing with their diet preferences: they prefer not to box themselves in with a particular diet label, at least while they are finding their way. They would rather trust their own gut feeling and experience over that which is dictated to them by parents, government, or big corporations.

So we can thank this younger generation for waking us up as a culture and evolving the dinner plate. They are not so much disrupting and ending the food traditions of yesteryear, but rather tweaking them and making them better – for themselves, and for animals and the environment.