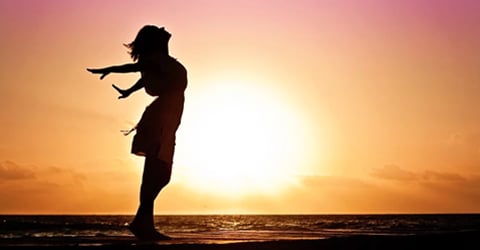 By Center for Nutrition Studies January 22, 2020

A full decade before I was diagnosed with multiple sclerosis (MS) in 2003, I was dealing with severe eczema. Though eczema is officially unrelated to MS, I believe it was the introductory performance of inflammation prior to the debut of my MS. My dermatologists (yes, plural) had no solutions for the eczema that ever worked for me.

MS Injectables and Medications: How Many Drugs Can One Person Take?!

The day I was diagnosed with MS at age 31, I religiously began taking the first of two injectable MS drugs. For the next seven years, I experienced numbness in my torso, legs, and feet. I also had gait fatigue, or walking problems, one of the most common symptoms of MS. I lost sight in each eye on different occasions. In 2009, I developed vertigo, a sensation of the earth spinning rapidly, that often lasted three days at a time, with maybe one day of normalcy between episodes. I took Dramamine to get through my days. No neurologists (yes, plural, again) or other physicians knew what to do. One of my doctors diagnosed me with Meniere’s disease and prescribed several pharmaceuticals. I admit I never took any of those drugs. It just didn’t seem logical or safe to me. I mean, how many prescription drugs can (or should) one person take?

For several years, I had annual MRIs (and monthly MRIs for a full year during my participation in an NIH study), and the results from each one were more depressing, with new and “enhancing” (a.k.a. not good) lesions on my spine and brain. I attended a support group organized by the National MS Society. We basically just talked about the side effects and annoyances of injectable medicine. A lot of people cried. I just felt the group provided no useful recommendations about what I could do.

There are a lot of ideas about curing or treating MS on the internet. While I loved anecdotes from fellow MS-diagnosed people, I yearned for treatment deeply rooted in scientific evidence. Meanwhile, my doctors only pointed me to research funded by drug companies. In 2011, in a desperate search for help, I found the books Overcoming Multiple Sclerosis (OMS) and The China Study. The content in both books made complete sense to me because they are based on scientific research conducted over decades. After a lifetime of eating total and complete junk and being a workaholic — I could be summarized as sedentary with the occasional marathon sprinkled in — I quit animal-based foods cold turkey (pun intended) on Thanksgiving 2011 and adopted a whole food, plant-based (WFPB) diet. So many of my symptoms improved at that time. My eczema cleared and the vertigo disappeared — until four years later, not coincidentally when I got lazy in my wellness routine. Thankfully, my symptoms quickly disappeared once I got back on the rails.

I felt I had the proof I needed that the WFPB diet was working, so I decided to stop my injectable MS drugs — a controversial decision but a decision I made nevertheless.

Right or wrong, I stopped getting annual MRIs because I was feeling so strong. I felt I had the proof I needed that the WFPB diet was working, so I decided to stop my injectable MS drugs — a controversial decision but a decision I made nevertheless. My neurologist objected with disdain and at least a touch of anger. While I wanted to believe he cared about me, I had my doubts.

In 2015, I got my first MRI since starting the WFPB diet, and it showed that my lesions had not only stopped enhancing but that some had totally disappeared. And I had no new lesions compared with my 2010 MRI. My neurologist did not congratulate me or attribute this result to anything specific. The next MRI, in 2017, showed the same results, and my neurologist said, “Keep doing what you are doing.” In March 2018, same thing.

More and more research is demonstrating that diet and disease are connected. However, my approach to managing MS is not endorsed by any neurologist I have found. The thing is, I have never been a renegade; I have always colored inside the lines. So to say I was uncomfortable disagreeing with board-certified medical doctors is putting it mildly. But after years of standard prescriptions not working, rapidly declining health, and a bad prognosis, I felt compelled to take measures into my own hands.

After adopting so-called “alternative” approaches — albeit ones strongly based on scientific evidence collected by respectable institutions — my personal experience has built my confidence. Since 2015, I have said goodbye to lesions on my brain and spine, goodbye to vertigo, and goodbye to eczema. While I would never be so audacious as to say that my MS is harmless or cured, I no longer feel helpless. I have hope, based on evidence, that my daily choices influence my outcome.

The author of this blog wishes to remain anonymous but welcomes your feedback in the comments below or at her blog: www.blessedwithms.org..

From Scared School Boy with MS to Doctor of Nutrition