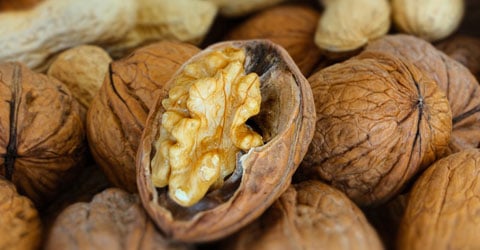 Eating more whole plant foods is generally considered the best way to maintain optimal health. But what about potential contamination with substances like mycotoxins? Should you be worried that a whole food, plant-based diet might expose you to something harmful instead of helpful?

Given the clickbait and confusing information already surrounding health and nutrition on the internet, it’s smart to take a step back and consider the facts — including the science — about mycotoxins, their prevalence in plant foods, and how they can affect the body.

Mycotoxins are compounds naturally produced by molds and other fungi. The reason for their production is unknown, but it’s possible these toxins could serve as a natural defense mechanism against pathogens.[1]

Although these mycotoxins are recognized as the most prominent, over 400 different mycotoxins have been identified.[2] 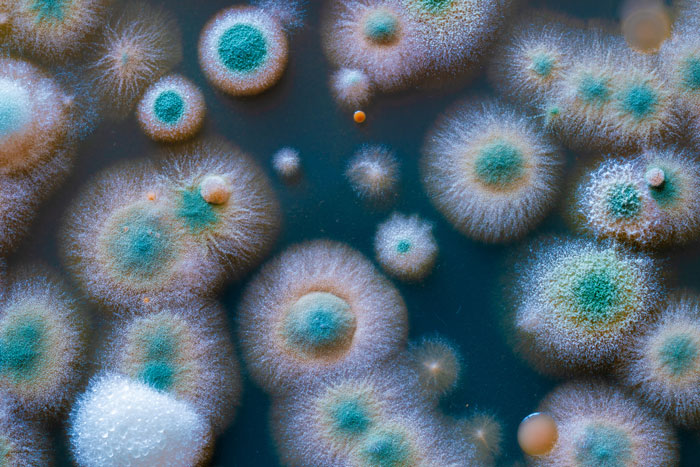 Where Are Mycotoxins Found?

Mycotoxins most often appear in animal feed and the human food supply, and they affect approximately 25% of crops around the world.[3] Contamination may occur in the field before harvest or along the supply chain during storage and transportation.

Numerous factors can affect whether crops become infected with mycotoxin-producing fungi.[4] Once crops are harvested, the biggest risks for mycotoxin contamination come from improper handling, poor processing, and inappropriate storage conditions.[5] Crops that are damaged or stored in warm, humid conditions are most likely to develop mold.

Mycotoxins can accumulate in the meat and milk[6] of animals fed contaminated grain, but many of the plants humans eat may also be contaminated with mycotoxins. 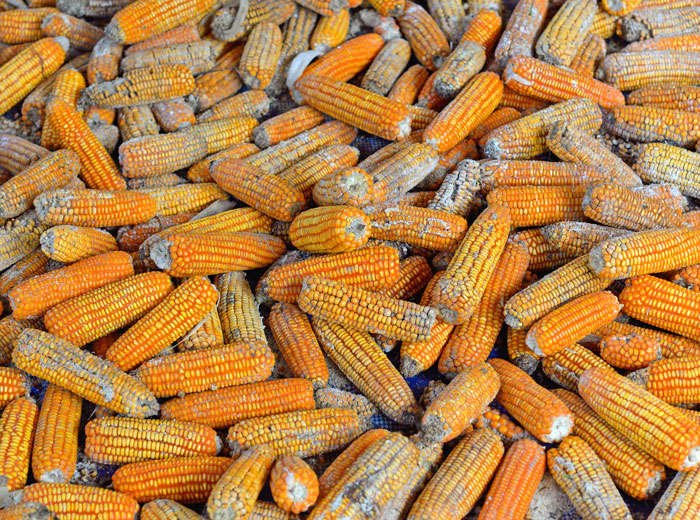 A number of these are staples of whole food, plant-based diets, including:

Processing, including cooking, doesn’t appear to reduce or eliminate mycotoxins, so they may be present in both raw and prepared foods.[8]

Some mycotoxins may be found in water-damaged buildings and other damp indoor environments where mold is present.[9] These may cause reactions in people with mold allergies, but there’s some debate over the extent to which otherwise healthy individuals can be affected.

Regulatory bodies around the world have set specific limits for mycotoxin levels in food to minimize exposure.[15] Practicing these smart food selection, storage, and handling habits can further prevent both mold growth and mycotoxin production.

Can Mycotoxins Make You Sick?

While the discussion around indoor mycotoxins is ongoing, the World Health Organization affirms that mycotoxins in contaminated food can cause “adverse health effects” in both humans and animals, including:[10]

Symptoms may appear quickly after acute exposure or develop over time as a result of chronic low-dose mycotoxin ingestion. People with compromised immune systems are the most susceptible to mycotoxin illness.

The way mycotoxins interact with the gut microbiome may be responsible for some of their effects.[11] The toxins appear to affect microbial balance and can also have pro-inflammatory and cytotoxic effects on the cell wall of the intestines. However, some microbes may be able to degrade the compounds into less-damaging metabolites, thereby reducing mycotoxin absorption.[12] This suggests overall gut health could play a role in mycotoxin illness development and severity.

The liver is also active in preventing mycotoxins from causing illness. As the body’s main organ of detoxification, the liver is equipped with enzymes to transform toxins, including mycotoxins, into metabolites that are then excreted.

Mycotoxins can be detected in tissues and bodily fluids, including urine, following exposure.[13] However, these tests aren’t considered accurate for confirming mycotoxin illness. The prevalence of mycotoxins in both the food supply and environment makes it almost inevitable that some evidence of exposure will be found on a test.

If you develop symptoms after being exposed to mold or notice significant changes in your health at any point in time, talk to a doctor or other qualified health professional. They can provide guidance on the right tests to determine the cause of your symptoms.

How to Reduce Mycotoxin Exposure

If you’re concerned about mycotoxins on a plant-based diet, there are several ways to minimize your risk of exposure:

Regulatory bodies around the world have set specific limits for mycotoxin levels in food to minimize exposure.[15] Practicing these smart food selection, storage, and handling habits can further prevent both mold growth and mycotoxin production. And eating a rainbow of whole plant foods every day is still the best way to support your health, so go ahead and enjoy!

How To Get Your Vitamin D From Mushrooms

Can Viruses in Meat Really Affect Humans? What You Need...

The Myth of Alkalizing Your Body