How To Get Your Vitamin D From Mushrooms 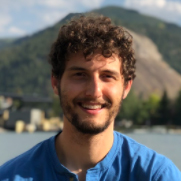 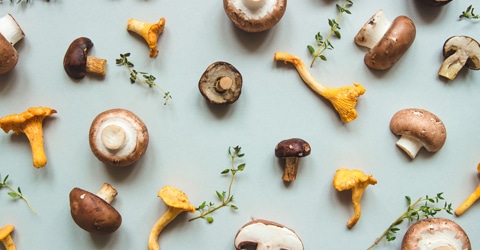 Vitamin D is a topic of interest year-round. 1 billion people around the world struggle to obtain the recommended amount of vitamin D. The elderly and nursing home residents, those struggling with obesity, and hospitalized patients all struggle to generate sufficient amounts of vitamin D each year. While 35% of U.S. adults are deficient in vitamin D, the number climbs to 80% deficiency in countries like India, Bangladesh, and Pakistan.[1]

Where does vitamin D come from and why are we so deficient? The greatest concentration of vitamin D comes from being directly exposed to the sun. And indeed, we make about 50%–90% of our vitamin D as a result of being exposed to the sun, with the rest coming from food or supplements. If you live above (the Northern Hemisphere) or below (the Southern Hemisphere) the 37th parallel (37 degrees latitude),[2] you will want to find ways to supplement vitamin D in the winter months. As a resident of Atlanta, Georgia, I am lucky to be able to form vitamin D year-round from the sun. I am also fortunate that I am able to make it outside and stand in the sun on cold winter days. For those who work long shifts indoors during the day, you are more likely to be vitamin D deficient, regardless of your location. The question arises then: what supplements can help me achieve adequate vitamin D levels? And further, can I find vegan and whole food, plant-based alternatives that are both healthy and delicious? The answer is yes. 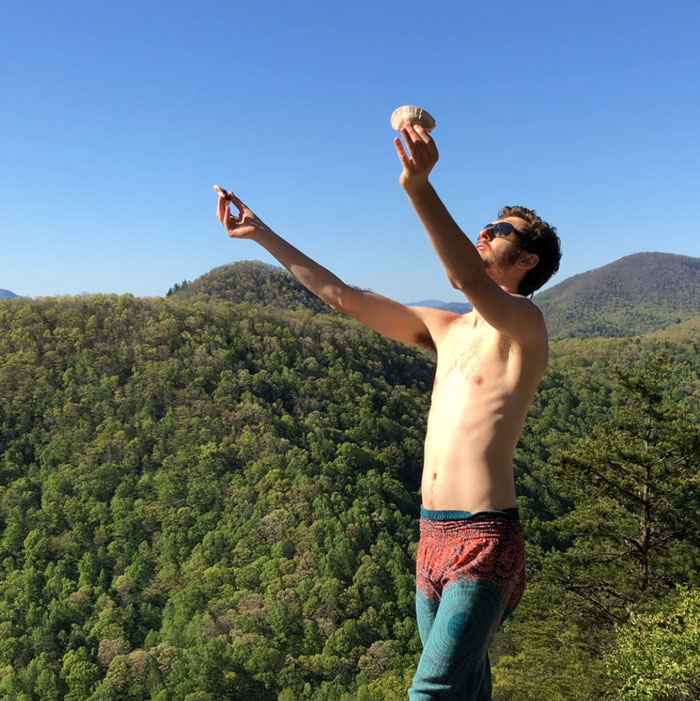 How Much Vitamin D Do We Need On a Daily Basis?

While recommendations change from country to country, the United States and Canada suggest 15–20 μg/day (600–800 IU), while Australia and New Zealand suggest 5–15 μg/day (200–600 IU). The European Food Safety Authority suggests 15 μg/day (600 IU), and the United Kingdom suggests 10 μg/day (400 IU).[1] You might be asking, does this apply to vitamin D2, D3, or D4? There does not seem to be a convincing consensus as to which is better. While a meta-analysis comparing D2 to D3 found that D3 from cholesterol (cholecalciferol) performed better than D2 from yeast (ergocalciferol), they note that of the 10 studies they reviewed, only three were randomized, double-blind placebo-controlled trials. What’s worse, they often used different ways to administer vitamin D, different mega doses, and different measurements of vitamin D status, often without explaining their reasoning for the methods they chose.[3] Further, the meta-analysis did not include mushrooms as a means of obtaining vitamin D, but instead used an isolated version of the hormone. The literature on the “best” vitamin D source seems confusing at best and often ignores mushrooms and vitamin D4 altogether.

According to four different studies, if you were to take white button mushrooms and place them in the midday sun for 15–20 minutes, they would form enough vitamin D to provide more than 10μg per 100g of fresh mushroom, which would give you the recommended daily dose of vitamin D.[7]

Exposed to enough sunlight, our bodies can make Vitamin D3. When mushrooms receive adequate sunlight they can make Vitamins D2 and D4; while shiitake mushrooms can make D2, D3, and D4.[4] In fact, all commonly consumed mushrooms seem to have pro-vitamin D4, and the ability to convert this into D4 given the right UV conditions.[5]

How Much Vitamin D Do Mushrooms Contain?

When mushrooms grow in the wild, they have access to sunlight, but white button mushrooms are often grown in the dark. This explains the difference between vitamin D levels in the two mushrooms. From this research, it seems like foraging mushrooms could be the best option, but researchers continued to explore. 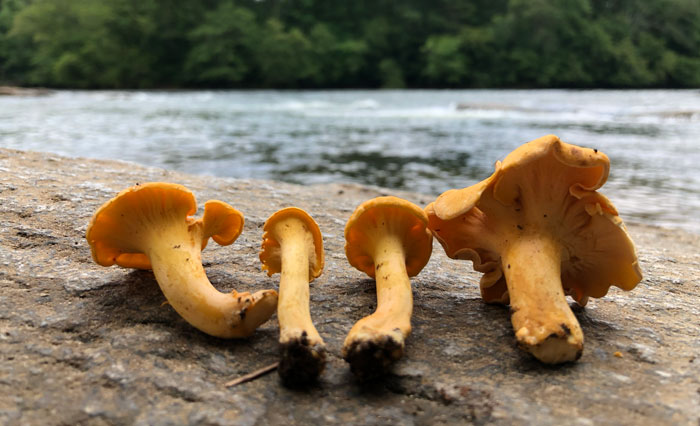 What If I Don’t Know How to Forage Wild Mushrooms?

Since the 1994 landmark study showing the vitamin D benefits of wild mushrooms, recent research has discovered ways to increase the levels of vitamin D in conventionally grown mushrooms. According to four different studies, if you were to take white button mushrooms and place them in the midday sun for 15–20 minutes, they would form vitamin D and provide more than 10μg/100g, which would give you the recommended daily dose of vitamin D.[7] This of course changes based on the time of year and intensity of the sun. You can also get them to form more vitamin D when they are chopped up and placed “gills up” as opposed to them remaining whole and gills down. Farmers are also able to expose fresh mushrooms to UV-B light and generate up to 40μg/1g of dried mushroom. Yes, that is 1 gram of dried mushroom that would give you 1,600 of the 2,000 IU for your daily recommended dosage if the grower takes the time to expose the mushrooms to the proper UV light![7] 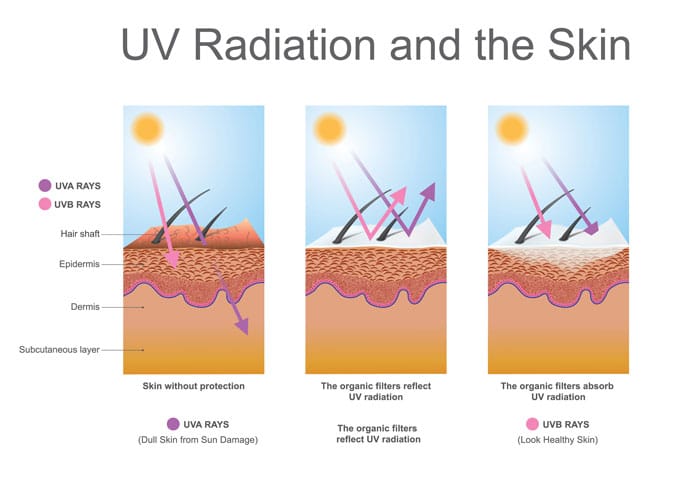 How Do Mushrooms Compare to Supplements?

In 1999, researchers conducted one of the first head-to-head trials between vitamin D2 supplementation and wild chanterelles.[8] The results showed that given the same doses of vitamin D, the mushrooms were equally capable of raising vitamin D levels as the supplements. This research has been repeated five times with similar success and studies have looked into mushrooms’ ability to promote bone health by delivering adequate vitamin D to animals.[7] One of the most exciting studies involves a single-blind, randomized, placebo-controlled trial in Europe that took place in the winter. They had the experimental group consume their vitamin D by means of 200 grams of irradiated mushrooms (28,000 IU [700 μg]) in a soup. They compared this to a placebo using non-irradiated mushrooms along with a group that received equal doses of a D2 supplement. The results again confirmed that mushrooms were able to continually raise serum vitamin D levels in the body consistent with vitamin D2 supplementation.[9]

Not All Mushrooms Are the Same 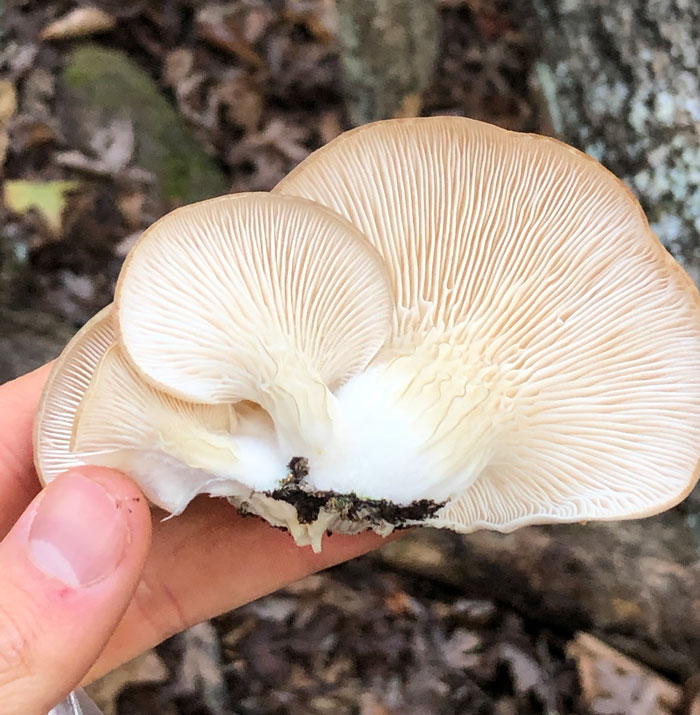 Long periods of cooking can damage vitamin D levels. Frying without oil for 5 minutes can reduce vitamin D in chanterelles by 15%. Boiling the mushrooms for long amounts of time can reduce their vitamin D content by 40%. Luckily, you don’t need to cook mushrooms longer than 5 minutes, and you can increase the amount you eat without much worry about the side effects of an overdose. Mushroom vitamin D content tends to fade over time, but it does not completely disappear even after months of storage, signaling that we can pick and harvest mushrooms in the summer and fall, expose them to light in the summer, store them for a few months, and enjoy them in the winter. One interesting finding was that certain compounds, like tachysterol₂, appeared after radiation then disappeared within 24 hours.[4] I can only infer that if you do forage mushrooms, the optimal time to consume them would be the day you pick them, and if you have a way to irradiate mushrooms, you might benefit by eating them the day you irradiate them. 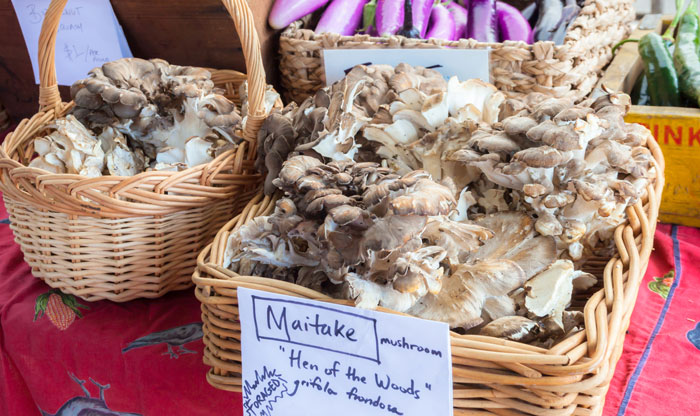 As a follower of the wholistic paradigm, I understand the deep interconnectedness of factors that will influence both your ability to absorb these nutrients as well as the quantity of vitamin D in a particular mushroom. Doctors and scientists often avoid whole foods and opt for pills and supplements because they prefer to know the exact proportions of a vitamin or mineral being consumed. When you take a vitamin D supplement, you often believe you are taking a standard dose of what the bottle tells you it contains. While manufacturers could be deceiving you, they could also be telling you a valid dosage. Eating wild mushrooms that you expose to the sun or eating mushrooms that farmers irradiate themselves will require you to have faith in the principles of wholism or to invest in very costly chemistry equipment. Whether or not you use mushrooms as the main source of your vitamin D is your choice, and possibly the choice of your healthcare provider. I choose to get plenty of sunlight and eat plenty of mushrooms, but each person needs to find the strategies that best support their health. After reading this article, I hope you have a new perspective on a different way to get vitamin D into your diet.

5 Mushrooms That Can Replace Fish In Your Diet

Shining a Light on Vitamin D