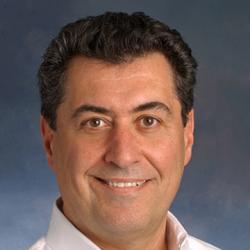 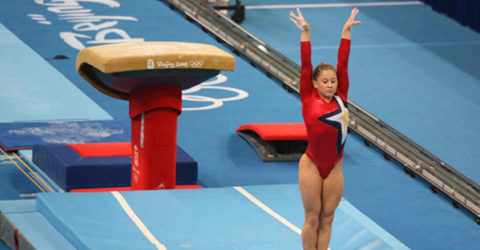 If you look at the environments that professional teams have now for food, they’ve come to realize that nutrition is no joke. That is, if you want athletes: to lower injury risk, to improve musculature, to lower body fat levels so that their strength-to-weight ratio is better, and be sufficiently energized so that they can play through the entire competition well. So if you’re a basketball player you can jump as high and as often during the fourth period as you did in the first. All of those things don’t happen unless you have created a nutritional environment that allows it to happen.

A lot of sports have different traditions. I used to work with gymnastics. Their tradition was “No, they’ll get all the energy they need from the air they breathe.” This is the truth. I was asked by the Olympic Training Center to start working with gymnastics because they were having some trouble and they weren’t really winning medals at the Olympic level. They asked, “Can you work with them?” I said, “Well, I don’t know anything about gymnastics. Are you sure you want me to? ” They replied, “Just go see if you can come up with some ideas.” I said, “All right.” So I went to the Olympic Training Center and I observed. I met some of the people there and some of the coaches, and I observed something. They’re practicing for five and a half hours, no water, nothing to eat, nothing. That was the paradigm in gymnastics.

I looked at that and I spoke to the head coach, who herself was a three time Olympian. I said, “You know, coach, you really need to give them some food and beverage here, like every two or three hours, or you’re never going to get better.” She looked at me like I had just been dropped in from Mars. She looked at me like, “Well, you obviously know nothing about gymnastics. You give them something to eat, they’re going to get fat. They have to be light. Their strength to weight ratio has to be high. Leave me alone.” So I called up the Olympic Training Center. I said, “Look. They’re really not interested in hearing my recommendations, so I can’t help them.” They said, “Oh, no. Just stick it out. Just keep pushing and see.”

“Okay. We can do this snacking thing.”

So I became a pest and I kept pushing it, and finally they said, “Okay. We’re going to do this once. We’re going to give them something to eat and drink in the middle of practice.” It’s a five and a half hour practice, so about two and a half hours into the practice I was allowed to give the gymnasts something. I went over to the cafeteria, which at the time was right across the street from the gym. I spoke to the cafeteria lady and I said, “We need to get some snacks together for the gymnasts.” She looked at me and she said, “What? They’re going to let the gymnasts eat?” I said yes, and she was so happy. She immediately started cutting up fruit and she was just exuberant at the idea. The two of us, at exactly the prescribed time, walked into the middle of the floor where they do the floor routine. I was holding this big bowl of cut up fruit and she was holding a couple of jugs of diluted fruit juice. We went out into the middle of the floor and I’ll never forget this experience. The team captain was a future Olympic medalist. She walked up to me and she said, “What are you doing?” I said, “You’ve been given permission to have something to eat and drink.” She looked at the coaches and she looked around. All the coaches were standing around with their arms crossed, but they were nodding saying, “Yes, you can have something.” So I’m holding out this food and these gymnasts are around me. It was very strange. They were shy. This was a new occurrence for them. It was a little bit like well… have you ever fed goldfish?

That’s kind of what I felt, like they were having these little nibbles of food because they knew they wanted it, they knew they needed it, but they were afraid. They ate it and so they gave me 15 minutes for this snack break. Exactly 15 minutes after I walked out onto the floor they said, “Okay, let’s go.” The head coach, the head technical coach, took this girl, this gymnast who she had been working with for three days to do one vault. She was doing the same vault over and over and over again and hadn’t done it quite right. She took this girl and she said, “Okay, do the vault.” She was sure because this girl had eaten some food that her doing this vault would give her projectile vomiting, and that would be the end of the discussion and this snacking thing would no longer be an issue. Right?

Somehow, miraculously, I don’t know how this happened because there wasn’t enough time to absorb the food but this girl did the vault perfectly, perfectly. The head coach looked at me and she said, “Okay. We can do this snacking thing.” We had this rule that the gymnasts would eat every three hours.

A lot of people exercise. They want to lose weight, so they exercise but they don’t eat. They lose weight temporarily, but they’re losing more muscle than fat. Because they’ve downregulated their ability to burn calories eventually they get the yo-yo effect where weight goes back up. If you just focus on losing fat, change that. The focus needs to be on losing fat AND keeping your musculature. A lot of people will lose 10 pounds of fat and gain 10 pounds of muscle and they’ll go, “Oh, Gosh, look, my clothes are fitting better but I’m the same weight.” Yeah, exactly. Because muscle takes up a whole lot less space than fat. It’s more dense. You feel better. You do better. You’re healthier. Everything is good. You can’t do that with restrictive eating. You have to feed the beast. Otherwise, you lose your muscle.

Weight is the wrong metric for virtually everything it’s ever been used for. The body mass index is the weight to height index. It was developed as a population index. A population index for assessing the prevalence of obesity in a population. Well foolishly this index made it into individual physician protocols for assessing whether or not an individual is obese. I’m sorry, but obesity has nothing to do with weight. Nothing. It has to do with fat. Obese people are over-fat. Virtually every athlete I work with using a BMI scale is overweight. They’re not obese. They’re overweight for their height because they’re carrying a lot of muscle. Isn’t that nice?

To read more from this interview please visit:
Olympic Team Nutritionist Talks About Energy Balance and Diet
Drinking Coffee for Energy? Why Not Eat a Snack?