Precision Medicine Initiative: Wealth For a Few & Poor Health For Many? 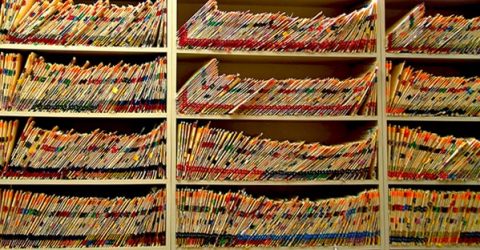 Have you heard of the U.S. government’s Precision Medicine Initiative (PMI)? Our federal government will be enrolling, collecting and storing personal health information for one million or more people to learn more about disease treatment and prevention. If you haven’t, I think you soon will and you can even be one of the participants. Congress has appropriated $130 million for the NIH to build a large-scale research participant group or cohort (and $70 million was allocated to the National Cancer Institute for Oncology).[1]

I have some thoughts, based on the government’s National Institutes of Health (NIH) website,[1] a New York Times report by Robert Pear[2] and my decades of watching this unfold. Here’s the way PMI works. It is based on an old idea that each of us is uniquely different—our genes, our environmental exposures, our diets, our physical activities our mental challenges, and life stressors—and that it is some combination of these very complex factors that cause us either to be well or to risk acquiring disease.

We each have our own biochemistries, traditionally measured by lab tests (labs) like those done in your doctor’s office. PMI will put these labs online for a million (or more) people, probably including your entire genome, some unique tests, and lifestyle questionnaire data. This information will be freely accessible for you to follow, for your doctor to treat you and for researchers to play around with (while protecting your privacy, of course). With all this information, we could know more specifically what causes our unique illness and how to uniquely treat each of us more precisely—with unique, custom-made protocols. Having medical records on a million people will be a treasure trove that will enable the “best and brightest”[2] researchers to refine their knowledge as to which combinations of variables are most responsible for our health problems.

Voila! This PMI project could be the most promising, futuristic medical idea to come along in years, or so they say. An idea whose time has come, to get past that worn out belief that standard treatments are for everyone, as if we are all the same. Hold it right there! Precision medicine is the latest name of a core concept now used by pharmaceutical companies to develop new drugs under the name “targeted drug therapy”, which can be custom-made for specific diseases and individual people. Very similar concepts have used words like ‘functional’ or ‘personalized medicine’ to describe disease treatment and prevents cancer by nutrient ‘chemoprevention’ and when using nutritional means, by ‘nutraceuticals’, perhaps also employing ‘nutrigenomics’ to focus on specific nutrient-gene interactions. The wonders of language! New words every year or so, all pointing to the familiar theme I call reductionism.

This ‘new’ PMI program however has a good politics feel. It enjoys bipartisan support in Congress and is supported by both the White House and Congressional branches of government. Enrollees will reflect the geographic, racial, ethnic and socioeconomic diversity of the nation. Special emphasis will be given to the less fortunate and minority segments of our population.

I like much of this initiative. It touches on the right themes and besides, it is eerily similar to a proposal that I submitted (with my co-investigator, Sir Richard Peto of Oxford University) 28 years ago, which was approved for funding by the study section of the scientific review panel at the NIH. We proposed to enroll 500,000 individuals in rural China (one-half of the present proposal) and our budget for 5 years was $7 million (compared to the over $340 million startup funding for this proposal). Like the PMI project, we proposed to analyze blood samples for a large number of lifestyle, laboratory and genetic variables. We planned to store (i.e., freeze at -80⚬ C) serial blood samples obtained for each participant every 1-2 years, then monitor causes of death as they occurred.

When a sufficient number of deaths for a disease had accumulated to statistically detect meaningful information on its causes, we proposed to retrieve aliquots of those deep frozen blood samples and analyze them for a large number of dietary, environmental and genetic risk factors to determine which combination best explained the causes of disease. Our proposal was approved for funding and we were invited to visit NIH to talk about and collect our first installment.

Funding Part 1, Success
We anticipated that two NIH institutes would jointly fund the project—the National Cancer Institute (NCI) which had been funding most of my research, and the National Heart, Lung and Blood Institute (NHLBI) which was more familiar with Richard Peto’s research at Oxford. When my assistant, Dr. Thierry Brun, and I arrived for the meeting, we learned that the discussion was to be led by the heart institute representative who, to my surprise, had invited the director of a very small NIH institute (Dr. Otto Bessy of Aging, NIA) to attend (although not expected to participate in funding). The NCI representative, Dr. Dan Nixon, someone I knew and highly respected, brought to the meeting the first installment check from his cancer institute ($700,000). So far, so good!

Funding Part 2, a Pothole
But the joy ride hit a pothole in the road when Dr. Bessy of NIA showed me an unsigned letter sent to his Institute from “Friends of the Institute of Aging.” It alleged that our forthcoming survey in China was fraudulent. We were, of course, stunned, and the unsigned letter was clearly a bunch of hooey. However, we were not allowed to take the check home with us until this allegation was resolved. It was an impossible allegation to resolve and the official explanation a couple weeks later was that there was no administrative mechanism for separate NIH institutes to jointly fund projects (again a bunch of hooey).

The main purpose for our project was to collect a large amount of medical information on these 500,000 people in order to better understand how multi-faceted, multi-mechanistic nutrition works to create disease and perhaps how nutrition can be used to restore health. At that time, we had some very promising findings that showed cancer could be reversed by nutritional means, that nutrition controlled gene expression and that nutrition was not a function of individual nutrients affecting a single target site and single disease outcome.

I had become suspicious about the popular reductionist idea of blaming genes, chemical carcinogens and viruses for cancer occurrence, as well as the assumption that cancer inevitably progresses to a difficult ending, usually accompanied by the use of very toxic, unproven drugs- that were way too expensive in dollars spent and in pain caused. If my hypothesis were to be correct, it could be used to show individual people how they might use diet and nutrition for their own benefit, enabling them to take more responsibility for their personal health, thus minimizing their reliance on drugs and pharmaceuticals.

This setback was beyond disappointing because the proposal had already received scientific review and was recommended for funding. Since that time it has become clear to me the extent to which members of the ‘status quo club’ will go to divert and suppress the results of nutrition research findings that question the status quo of using pills and procedures. Our findings scientifically indicated a downside for consuming animal based protein and an upside for the benefits of a whole food, plant-based diet. In fact, in my opinion, the design of both studies are remarkably similar but our study objective was different from that for the new PMI proposal. Ours was focused on the nutritional origin and treatment of disease; theirs was focused on the treatment of disease with pills and procedures..

Our NIH application requested $7 million for 500,000 people followed over whatever years of life left for each participant. The PMI proposal is getting over $340 million (almost 50 times as much) for 1,000,000 people followed for some uncertain number of years—and this is likely to be only start-up funding. Our NIH proposal was permanently sidetracked by administrators, pending proof to them that our project in China was not a fraud, an almost impossible task. The PMI proposal is being supported by political heavyweights representing both wings of the political spectrum and two branches of government.

This ‘new’ PMI program is yet another attempt to keep and extend the very costly, questionable medical practice system we now have. It assumes that developing targeted chemicals (drugs) to treat illness is the best way to advance human health. I fundamentally disagree, not so much with the plan to collect massive amounts of information but with its claims. Compared to a whole food plant-based protocol, the scientific evidence for the PMI proposal is not supported with the best science, the financial cost is far greater than necessary, its morbidity is onerous, and its contribution to environmental degradation is unacceptable. It is premised on a reductionist perspective of science that fails to see the all-important context because medical ‘science’ itself is defined from a reductionist perspective, thus dismissing (w)holistic nutrition as a discipline that is something less than science. The PMI program barely mentions nutrition.

In my opinion this Precision Medicine Initiative serves only one purpose, namely, to create opportunities to develop more drugs which are typically less effective, with more side effects, than nutrition. Do not fall prey to the idea inherent in this proposal that combinations of reductionist strategies (i.e., multiple drugs used in combinations) favor more personalized protocols for treating illnesses for each individual.

The underlying biochemistries of the more complex illnesses—like the cancers, the cardiovascular diseases and other metabolic disorders—are infinitely more multifaceted and cannot be effectively treated with single chemicals nearly as well as nutrition, which controls health and disease very differently. The nutritional effect is multi-mechanistic, is much more comprehensive and effective and the negative side effects are far less. The scientific basis for using nutrition to control and treat disease is diametrically opposed to the use of pharmaceuticals.

Beware: signing up for this program will only create wealth for the few at the expense of health for the many. You do not need to await the results of this study to know what to do. We already know what to do and it is a fact of Nature right there on your plate—use a whole food plant-based diet.

The Importance of Nutrition

The constant decades-long pressure to strip nutrition from all discussions and programs for disease prevention and treatment—as I have experienced—is a reaction against the ability of nutrition to be far more effective and far less expensive than the pharmaceutical or other reductionist strategy. Therein lies the basis for my experiences and explains why our NIH proposal was put in the trash can while the PMI gets truckloads of funding. I personally came to realize these contrasting motives, thus prompting me, at the urging of my wife, Karen, to go directly to the public, to write The China Study, co-authored with my son, Tom.

While I admit that I take some satisfaction from evidence that my detractors have failed, are failing and will continue to fail in the future. The China Study now has sold over 2 million copies and continues to succeed however much criticism and confusion is thrown our way. A final note to my detractors: I am always prepared to be wrong, but you must prove your point using good experimentation and reliable, logical argument. It is quite clear that this will never happen.