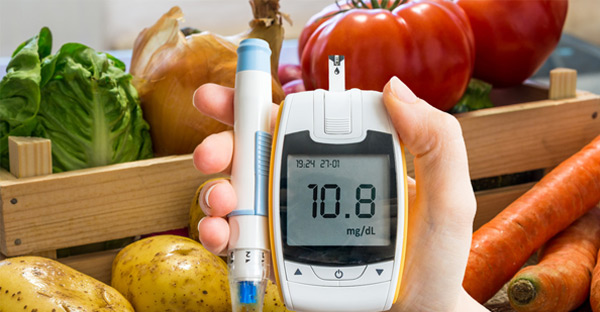 How Prediabetes Helped Me Find the Right Diet

My siblings, friends and other extended family members labeled me “a basket case” when I announced that I was trying yet another diet, this time the Macrobiotic diet. According to them, I am not supposed to follow any diet except the one I grew up eating: mainly a southern cuisine of greasy fried foods, vegetables heavily endowed with dairy, creams, and butters, and lots of cakes and sweet potato pies. To say that I was going to be consuming sea vegetables, some fish and lots of brown rice was just plain ridiculous! After all, what was I trying to prove? I was often ostracized and ridiculed until I began to wonder maybe this wasn’t the diet for me. I did receive some benefits and I actually lost some weight.

I then decided that I liked the term, “vegan.” It sounded good to me to give up dairy and meats as I had researched information about the mistreatment of animals and I really did not want to support an industry that profited from such mistreatment of animals. However, again, I gave in to the pressure of family and friends who declared it was stupid not to eat meat, because meat was a gift from God (God provided the meat, so we should eat it…no questions asked). However, I noticed that once I put animal products back into my diet, I started having numerous health issues including the return of hypertension (that does not respond to medication) and I was also diagnosed as pre-diabetic.

In 2015, I learned about The China Study, read the book and really loved what I read. I made some changes in my diet, but not for long. In a short period of time after reading The China Study, I once again began eating animal products (chicken) and dairy (mainly cheese). Each time I had blood-work done, my glucose levels continued to increase as well as my blood-pressure. I pleaded with my physician not to put me on medication for prediabetes because I was going to try and reverse the numbers through diet and exercise. However, truth be told, I actually did very little exercise (going to the gym maybe once or twice a week) and my diet was also hit or miss (I ate a lot of “vegan” junk food).

In 2017, I was given the opportunity to take the Plant-Based Nutrition Certificate through eCornell and the Center for Nutrition Studies. This course has brought years of my sporadic research all together into a wonderfully condensed study program. All of a sudden, things began to make sense! In the past, I was doing “piece work” without any true direction or foundation and the fragile information could be easily shattered. I now understand what I was doing wrong and why it is important to remove meat (all animal), oil and dairy out of my diet in order to reverse disease. I now know what to eat and what to avoid. It’s almost like a road-map to good health.

I am fully implementing these changes and have already begun to notice a difference. For example, my workouts at the gym are so much more productive and my energy level is awesome. I actually have the energy to go to the gym five times a week (despite working two jobs and taking courses). Why is this time different? I feel as though I have a concrete foundation with proven research and documentation. This time, it doesn’t matter what is said…I am convinced beyond a doubt of the health benefits of a plant-based whole food diet and my belief is unshakable. My ultimate goal is to restore my health and help as many people as possible benefit from this way of eating.

Finally, it saddens me to see, how misinformed Americans are about nutrition. My family and friends are also truly misinformed! Americans do not have to suffer from conditions like diabetes, obesity and other debilitating diseases. These debilitating illnesses are currently causing tremendous physical and financial stress for both patients and the medical community. The answer is simple, a whole food, plant-based diet. I am ready to spread the news about the ultimate benefits of a 100% whole food, plant-based diet and how easy it is to implement!