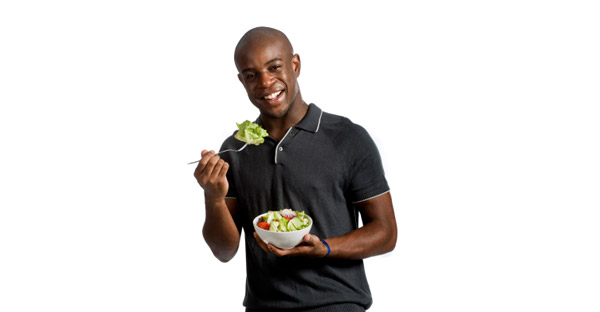 The toll from prostate cancer is immense. In the U.S., one out of every ten men will be diagnosed with this devastating disease. In striking contrast are Chinese men who have the lowest advanced prostate cancer rates in the world, one in every 100,000. While we don’t know all the factors leading to this huge discrepancy, we do know that high levels of testosterone can be a triggering factor in prostate cancer. We also know that testosterone production is accelerated by a high animal-protein diet.

Whether you are a man or a woman, you may be surprised to know that you have a mix of male and female hormones. It’s the various proportions of testosterone and estrogen that not only account for differences between men and women but also can account for the difference between life and death.

Among the many advantages of a plant-based diet is the fact that vegetables contain phytoestrogens (plant estrogens) that help normalize the proportion of testosterone to estrogen in the body. Several studies have shown that men eating diets high in phytoestrogen-containing foodssoybeans and peas, for exampleare less likely to develop cancer.

Even more convincing are two studies that tracked a total of more than 68,000 American men. Both studies found that those men who ate the most fat (thereby boosting their testosterone levels) had 79% more advanced prostate cancer than the men who kept to low-fat diets.Which fatty foods were the worst? Red meat, mayo, and butter.

When the downside of an animal foods diet is compared with the full spectrum of advantages of a plant-based diet (including the addition of antioxidants, vitamins, and other helpful nutrients), the difference in prostate cancer rates between Chinese and American men is not so surprising.