Topics » How To » Should I Be Tested? Ask These 4 Questions First 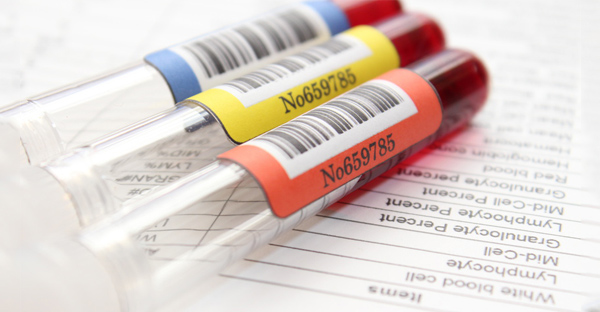 Should I Be Tested? Ask These 4 Questions First

There are many different types of biomedical tests and patients often ask me whether they should get tested. There are so many tests that it’s impossible for any one doctor, or even a small group of doctors, to claim expertise in all of them. You could have a question about a cancer screening test, a cancer genetic test, a heart disease risk factor test, genetic tests for clotting disorder, tests for autoimmune diseases; all sorts of tests.

What most people don’t realize is that getting tested sometimes opens the door to medical risks, even though the testing procedure itself (blood draw, urine collection, etc.) may be nearly 100% benign. Because of this, it’s worth being discriminating about getting tested. Discuss these questions with a relevant medical expert before deciding to get tested:

1. Is this test relevant to your health concern?

For example, if you don’t have a strong family history of a cancer (for example, having one grandmother getting breast cancer when she was 80 doesn’t count as a strong family history), then getting tested for all genes that increase risk of breast cancer is not terribly relevant. The known breast cancer genes that we test for are responsible for only a small minority of breast cancers. If you have an extremely low probability of having the illness in question based on history or symptoms, testing for that illness may be useless at best and harmful at worst. This is why even the most aggressive recommendations don’t suggest that women aged 20-30 be screened for breast cancer.

2. Does the test actually measure what it says it tests for?

This is particularly relevant for tests sold directly to the public. There are health businesses out there selling all sorts of nutritional and metabolic test panels and assessments that give fancy results and diagnoses that are not grounded in well-tested science. For example, I’m not aware of any biomarkers that are well-described in peer-reviewed science you can use to diagnose non-celiac gluten sensitivity. But a quick google search reveals multiple companies selling testing kits for non-celiac gluten sensitivity. Maybe they’re on the cutting edge of a diagnostic revolution? Or maybe they’re making a few bucks preying on people’s anxieties. You’d have to look at peer-reviewed literature related to each specific testing procedure, and when I look at some of these direct-to-consumer testing websites, I usually don’t see enough evidence of that kind of thoughtful, evidence-based background information to justify the testing claims.

3. Do we know what the results mean?

This is also a big problem among the direct-to-consumer testing panels. We can take a sample of your stool and do pretty nifty testing on the bacteria and various biomarkers present in your colon, but do we know what these results mean in terms of health and disease for any one individual? Depending on the test, we might not. Some of these tests are based on logical rationale, but they simply haven’t been studied enough to know what specific numbers on the result panel mean. Nonetheless, you can quickly find lots of testing panels that promise very specific answers and diagnoses based on their testing panels.

Knowing what a number means on a result panel takes lots of research and gets complicated quickly. For some test results you might see the “normal” laboratory reference range. Particularly for direct-to-consumer nutritional and metabolic testing kits, those ranges might correlate very poorly to what is actually healthy. Americans for many years thought that total cholesterol below 150 might be dangerous. Having looked at other populations around the world, we now know that’s silly. We’ve had to revise our ranges of what we think of as “healthy” for many testing results over time, and “healthy” is not necessarily related to what is “normal”.

A test result can change a treatment decision or it might change behavior. In my opinion both are valid reasons to get a test. Does quantifying every specific lipid particle on a specialized cholesterol test change any treatment decisions? Generally it does not. Doctors tend to focus on implications for treatment (because we generally aren’t taught how to support behavior change), but I also think it valid to consider behavior change. Monitoring objective feedback, including lab tests, can be important factors in supporting behavior change. Getting a cholesterol panel every three months may have no bearing on whether I’ll start, stop, or change medications, but for those who are truly working on improving their diet and lifestyle, sometimes this type of testing can be an important way to support their efforts.

I had a patient bring me the results of a seemingly super comprehensive nutritional testing panel. She was concerned about several numbers outside of the recommended ranges, sure that she was sick and that this had to be fixed and addressed right away. For many of the items tested, the normal and “healthy” ranges listed were downright goofy (vitamin D doesn’t need to be above 50ng/mL, for example). Many of the items tested were of questionable relevance to any of her health concerns, and some of the items tested were so uncommonly measured that I had doubts that we truly know what the results even mean for health. This particular testing kit was promoted as part of a business that sold lots of related supplements, which suddenly made it all perfectly understandable. People getting tested become anxious patients, who then become good customers as they try to address their “abnormalities” with supplements.

Unfortunately, once we see numbers we often become a slave to the numbers, spiraling into a world of anxiety and uncertainty. Though numbers seem inherently precise and certain, we have to remember that, sometimes, the numbers are less meaningful than we think.

In addition to serious anxiety, testing can lead to other harms, as well. A test can detect abnormalities that we don’t fully understand, prompting further testing, procedures, and treatments. A prostate cancer screening test, for example, is totally benign in and of itself. Often, patients look at me like I’m crazy when I say the test can lead to harm. “Isn’t it just a blood test, doctor?” I have to explain that while the blood test is benign, if we get a number that is outside the normal range, further testing will be suggested, and they might go down a path of procedures and treatments that may not offer any benefit and be associated with increasingly harmful risks. It’s very hard to backtrack once there are abnormal test results staring you in the face. And beyond these risks of harm, tests can be expensive.

Of course, well-chosen tests are vital in determining the diagnosis and prognosis of medical problems. While I’ve discussed the potential harms of testing, realize that testing also can be lifesaving. People at high risk of disease or presenting with troubling symptoms, and people with cancer concerns, all may benefit from well-chosen diagnostic and screening tests. I’ve met people who are paranoid about all testing, and that can also be a very dangerous attitude. If you have a particular concern, it’s well worth a conversation with your doctor, paying attention to these questions as you make your decisions. Sometimes choices about testing are made on best guesses and while frustrating, it’s unavoidable. This is sometimes why it is called the “art” of medicine.