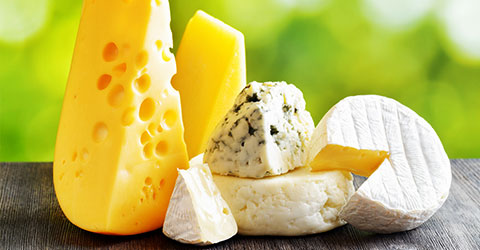 Have you ever felt pulled to a certain food? Maybe it’s chocolate, potato chips, a hamburger, or a bowl of ice cream. For some people, it’s cheese.

Parting ways with this ultra-processed substance, which smells like the bacteria it is, seems harder than eliminating chicken, turkey, yogurt, fish, and milk, which collectively don’t have the same gravitational pull as cheddar, mozzarella, feta, and baked brie.

Part of this habitual preference is neurological. As cheese digests it may release tiny molecules, casomorphins, that can bind to dopamine receptors in our brain.[1][2][3] This “feel good” chemical reaction looks similar to any other dopamine trigger, from alcohol and drug use to exercise or listening to music. The casomorphins in cheese may be what drives pizza, along with its hyperpalatable state, to the No. 1 spot on the Yale Food Addiction Scale.[1]

While this neurological tangle isn’t as potent as alcohol, drugs, and tobacco, it’s still present and lingers in our minds. It’s also entrenched in our society. We consume 37 pounds of cheese, per person, each year.[5] This is nearly twice the amount of cheese we consumed, per person, in 1975.[6]

The dairy industry’s marketing wizards do a good job: they sell their products, keep us coming back, and maintain a strong foothold in American homes. It’s hard to compete. They even have the U.S. government hooked. In return for $140 million, Uncle Sam works with Dairy Management Inc. to promote dairy products like cheese, which aren’t helping solve disproportionate rates of obesity, diabetes, and heart disease in America.[7] Compared to those who eat cheese, people who follow a dairy-free diet have a BMI that’s two points lower, on average, the equivalent of 15 pounds.[8]

A small shift in body weight matters since one in three adults struggle with obesity.[9] One in three, 86 million, has prediabetes.[10] Nearly half of all cardiometabolic deaths, deaths related to stroke, heart attacks, and diabetes, are due to diet.[11] Fortunately, we have solutions. From nutritional yeast to bean-based dips, people can easily swap their favorite cheese toppings for non-dairy options as they transition to a nutrient-packed, whole-food, plant-based diet.

When Cindy Finch, a 47-year-old education specialist in Manhattan, moved from a vegetarian to a vegan diet she was able to cut her insulin intake in half. Since Cindy struggles with type 1 diabetes, she will always have to take insulin since her pancreas can’t produce it—but she realized she didn’t need as much. After eliminating cheese from her diet, she noticed significant changes in her A1c, a measure of blood sugar control over a 2- to 3-month period, and in how she feels. Her doctors were impressed. Cindy remains elated. 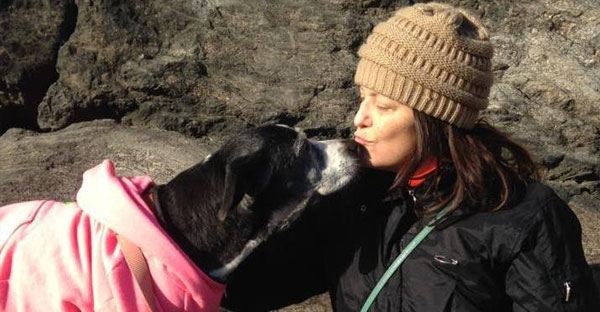 In addition to increased energy, Cindy noticed another benefit: defined muscle mass. Maintaining a healthy weight for Cindy was never a problem, but she noticed muscle tone after extra fat melted from her body. It’s no surprise she’s still smiling after running weekend 10k races. After she finishes, she now loops back through the course to deliver water to friends. She feels so good that she even put her 15-year-old dog on a vegan diet. With the new diet, she feels as though she has a brand new dog—one who is just as energetic, healthy, happy, and strong as Cindy, and who can keep up with her action-packed New York City pace.

Energy gains and insulin function are just one piece of the puzzle.[12][13] Those, like Cindy, who want to make a leap to a plant-based, dairy-free diet can look forward to other benefits, including a reduced risk of obesity, type 2 diabetes, heart disease, and even certain forms of cancer.[14]

Bring on the Bugs

With the vats now filled like milky wading pools, the next step is to add bacterial cultures. The bacteria ferment the milk sugar, lactose, to produce lactic acid, which contributes to the flavor of cheese.

What kind of bacteria? For a mild product, cheese makers use strains that produce lactic acid and not much else. For other varieties, they add cultures that produce various flavors and perhaps bubbles (to make holes). And they might eventually add molds and yeast, adding scents and tastes of their own.

Some bacteria are particularly stinky. Take brevibacteria, for example. This bacterial genus is ubiquitous. They are all over your skin and down your socks. If you haven’t washed your feet in a while, it’s those overgrowing brevibacteria that make people open the windows.

Brevibacteria are used to produce Muenster, Limburger, and several other cheeses, as we saw earlier. If these cheeses smell like unwashed feet, it’s because you’re smelling precisely the same thing.

Some cheese cultures include Staphylococcus epidermidis, one of the bacterial species responsible for human B.O. If you’re hungry for details, the bacteria produce isovaleric acid (3- methylbutanoic acid), which imparts a characteristic odor to the human armpit and to some strong cheeses.

One of the compounds often produced during cheese making —butyric acid— is also produced when your stomach acid digests food, which is why, to many people, Parmesan has a faint odor of vomit.

As the cheese-making process proceeds, milk fats and proteins break down into a wide variety of chemical products, one of which is skatole. If you notice a slight off- odor (let’s face it, cheese does not smell like roses), that is because skatole is also responsible for part of the odor of human feces (it is produced from tryptophan in the human intestine). The U.S. military has also used skatole for its nonlethal “stinkbomb” “malodorant weaponry” designed to temporarily incapacitate the enemy. But you can get it without a military contract. It is in ordinary cheese.

The human nose is exquisitely sensitive to bacterial decomposition, alerting us to food that has gone bad as well as to fecal contamination and other unclean things. But it is precisely the scents of decomposing food, unwashed feet, B.O., and human waste that end up in cheese.

Excerpt with permission from: The Cheese Trap.