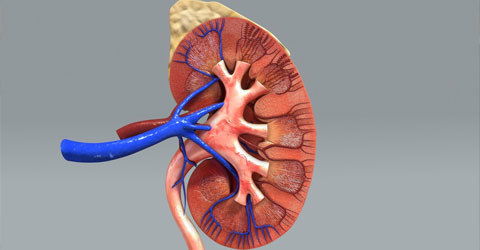 Kidney Disease and Its Connection With Nutrition

I am struck by the prevalence of kidney disease and the deep connection it has with nutrition. More than one in 10 Americans currently have chronic kidney disease, and the number is increasing1.

The kidney is the organ that has been perhaps most linked to nutrition for over one hundred years, even among the establishment physician crowd. In 1836, a series of case reports from Dr. Bright, published in Guy’s Hospital Reports, established the idea that those who died from kidney disease had protein in their urine2. Over the next 100 years, it was established that when you reduced the kidney’s functional capacity by surgery (in experimental animal studies) the amount of protein consumed dramatically affected the growth and mass of the remaining functional kidney3. It was known as standard treatment in 1948 to restrict protein intake in kidney disease4, and, by 1981, a seminal paper5 established that there were damaging structural changes in the kidney that occurred as a result of excessive protein intake. (The above statements apply to those people with kidney disease that hasn’t yet progressed to cessation of function, or dialysis. For those on dialysis, protein and nutritional recommendations are different.)

The major kidney societies of the world still recommend less protein intake for pre-dialysis kidney disease than what is widely acknowledged to be the excess protein consumption of the modern western diet.6,7 Further, there is now evidence that there is a difference between plant and animal protein in kidney health: plant proteins may be more protective and animal proteins may be more damaging8,9. While there is always more research to be done to establish the details of the dietary effect, the results are consistent with results found for the whole web of associated diseases and conditions.