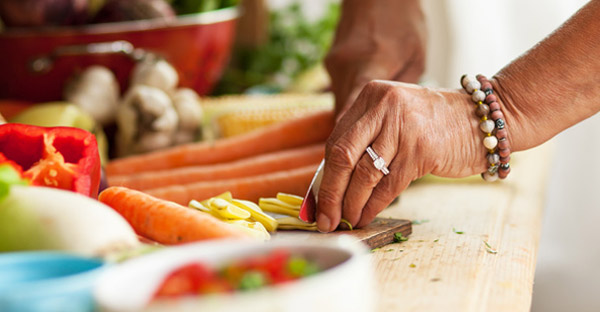 On Sunday, July 24, 2011, I traveled from my condo in Sarasota, FL to the Chautauqua Institution in Chautauqua, NY, to attend a week’s program on women’s rights and to give a talk on that subject myself.

On Friday, July 29, the day before I was to fly home, I left my hotel to walk the few blocks to hear what appeared to be a most interesting panel discussion at the Hall of Philosophy. I had just walked a few feet and was standing at Chautauqua’s amphitheater when suddenly I could not catch my breath and my legs would not move. I raised my hands and cupped them to bring air into my mouth and lungs, but that did not work. I looked down at my legs to see why they would not move but saw nothing different.

Somehow, I was able to turn around and return to my hotel room. I realized I had three options:

I chose the third option. I asked one of the hotel’s bellmen if he could give me a ride to the hall in one of the golf carts since I was not physically up to walking. He said he was not supposed to, but (perhaps moved by my woeful state) he would.

I thoroughly enjoyed the hour-long panel discussion. When it was over, I got up to return to my hotel, but again I could not breathe or walk. By holding on to the tops of the seats, I somehow made my way out of the hall. However, as I started to walk back to the hotel, I realized I could not do so. I looked for a place to sit down.

I found a bench, sat down, and searched among the throngs of people returning from the panel discussion for someone who could help me. Amazingly, I saw my friend Kay in that crowd and told her I needed help. She called an ambulance. Once inside the ambulance, the technician placed an oxygen mask over my face and I immediately felt better. The ambulance took me to the Hamot Medical Center (now known as UPMC Hamot) in Erie, PA, which I later learned was one of the top fifty hospitals in the U.S.

After I arrived at the hospital, I was put in the care of a world-class cardiologist. He told me I had been diagnosed with acute coronary syndrome, but I had not had a heart attack. He said that I could return to Sarasota or stay and he would run some tests on me, including a catheterization.

I did not know what to do. I was 83 years old; my clothes, computer, and everything I had packed for a week’s stay were in Chautauqua; I was in Erie, PA, where I knew no one; and I had commitments back home in Sarasota.

I had a cardiologist in Sarasota since I had been diagnosed with a mild heart murmur, so I telephoned her. She said, “Sonia, you look decades younger than you are, and I’ve been treating you that way. I haven’t given you lots of tests. Stay there and have the tests.”

I decided to take her advice. Later, I wondered if this was the right thing to do as I had felt absolutely fine since the oxygen mask had been placed on my face in the ambulance.

After the procedure, I signed up for the Cardiac Rehabilitation Program at Sarasota Memorial Health Care. The program is designed to help those who have experienced a cardiac event return to the highest level of functioning possible. The program includes individualized exercises (with monitoring of blood pressure, heart rate, and heart rhythms) and lifestyle education lectures designed to keep participants informed of important strategies to protect heart health.

One of those lectures, by Jill Edwards, a clinical exercise physiologist with a master’s degree in science, was about nutrition — and it changed my life. [Jill is now the Instructor Team Manager with the T. Colin Campbell Center for Nutrition Studies.]

I did not think I would have much to learn at the lecture because I felt I was pretty savvy about the subject already. I was 4 feet 10½ inches tall and weighed 124 pounds, a little overweight but nothing horrendous. I had been educating myself for years on healthful eating. I watched calories, cholesterol, fat, and salt and had eschewed red meat for years, eating chicken and fish instead.

Some of what I learned

Initially, I was totally bewildered, with endless questions buzzing in my brain. How could I give up so many foods I enjoyed? Since I rarely cook, what grocery stores would have such foods already prepared? Since I frequently eat out, what restaurants would I go to? No dairy foods? What would I do for milk? Nonetheless, I concluded that going on a plant-based diet was worth the time, effort, and money it would entail because I wanted to keep on living.

Since then, I have figured my dietary options out and my new diet works very well for me. I seek out organic foods. Many types of non-dairy milks, cheeses, and yogurts are available in supermarkets and health food stores. When I am going to a function given by an organization at a restaurant or country club, I request a vegan meal and fresh fruit cup for dessert in advance. I don’t worry about calories and fat, and focus instead on eating properly. I also joined a local vegan meetup group with a Facebook page. I go out for meals with them and am learning from them constantly. I lost about seven pounds and have kept them off [which is a big deal when you’re 4’10½”].

Hippocrates, the iconic Greek philosopher who was born around 460 B.C. and is considered to have been the first physician in human history, said: “Let food be thy medicine and medicine be thy food.” It was true then and it is true today.