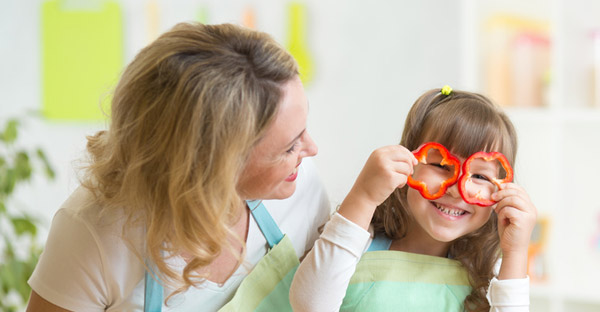 Lewis Freedman and Priscilla Timberlake Freedman have a lot to teach us about making peace with food, our kitchens, and our communities. Priscilla and Lewis are long-time cooking teachers and macrobiotic plant-based chefs. Lewis is also a Registered Dietitian. He teaches yoga at Cornell University, and is an instructor in the Plant-Based Nutrition Certificate Program. Priscilla is a Cornell mindfulness and meditation instructor. The couple authored The Great Life Cookbook and they have raised 4 vegetarian/vegan children. Lewis’ kids call him “The Radical Dietitian”. We sat down to talk about tips for sustaining a long-term healthy diet, becoming flexible with food, and discovering what is more important than sweating the small stuff.

What were your concerns about raising vegetarian/vegan children?

Priscilla: We didn’t have any concerns (laughter). We just didn’t want anyone to get in our way. We were a bit head strong about our beliefs.

Lewis: Really, the only concern we had was about B12. All we did was ask our kids to eat B12 (supplements) occasionally and that was about it. We did a B12 test for our kids, and that is a great thing for concerned parents to do. Nutritional yeast is always in our house.

Priscilla: If you’re concerned, act. That’s our motto. We went to see a physician when my eldest son was 7 and had been sick for about a month. The homeopath/medical doctor said “You’ve got to eat meat.” My son and I went to a restaurant and ordered fish, looked at the fish, and he said “I’m not eating this.” It’s not like we’re close minded. I respected the doctor, and we considered the recommendation. If information comes in, we listen. My son chose not to eat the fish. That was 26 years ago. We have not considered fish again.

When our children were younger I would freak out every once in awhile and then we’d put eggs in something. Then 6 months would go by and we might have eggs another time. Since meeting Dr. Campbell about 20 years ago and finding out about The China Study and the scientific backing for a whole food vegan diet, my confidence and faith in the plant-based diet was solidified!

Lewis: We do our best when eating outside our house, but again we try not to be overly rigid. At restaurants, I order something vegan. However, when visiting with friends or family it can be a little more difficult. We don’t want anything with any type of meat in it, but if there’s a little of something else in there we are not going to make a big deal about it.

Priscilla: In the early days of parenting, I’d send vegan food to parties that my children were attending. I found out they resented not having the choice to eat what was offered. Being rigid backlashed. Children don’t want to be the only ones doing something. If you have a community of people eating like you do, it’s not a problem. However, when you place your child in an environment where they are the only one eating vegan pizza, that might be hard for them. At some point, I let go and accepted that out of the house they might choose to eat some dairy. You do the best you can. I didn’t do too well with that at first. I used to be militant and that would turn people off. I came to realize that my religion is not food, it’s people. It’s love. It is easy to forget where one was been before becoming plant-based.

Our youngest daughter does what she wants, and we educate her on her choices. In our house we’re plant-based. If she’s going out with friends, and she pays for her food, it’s her own business. If she wants pizza she can buy it with her own money.

Priscilla: Parents do what they want to do and then at some point they give their children freedom. I say that, but I don’t know what I would do if our kids wanted to eat meat. Somehow that hasn’t happened yet.

You have so much grace and wisdom around all of this. Do you have any advice for people who are considering transitioning to a whole food, plant-based diet?

Priscilla: Sure. I thought about this ahead of time. Here’s a list.

Substitute. If you have foods you’re emotionally connected to, find a substitution. For me tahini was great for replacing dairy products. I use tahini to add richness to hot cereal, soups, and creamy sauces instead of using butter, yogurt, or cheese.

Be part of a community. Cook for and with others, especially like-minded people that can support you.

Get educated. Education is power. Know what you’re talking about. Share that education with others.

Don’t be attached to validation. Not everyone else is going to agree with you. In fact, some people will think you’re screwing up big time.

Don’t be arrogant. Preachy fundamentalism turns people off. I have done that in the past, so I know from experience. Be light about it.

Be grateful that you know about this and you have the education. Many people don’t even know about it.

Be prepared. Have snacks with you. Think ahead of time about what you are going to cook when you get home. Think about it at the store so you’ll have certain ingredients at home.

Lewis: That last one is when I get caught in not eating well – when I’m not prepared. That kind of thoughtfulness is key. I bring snacks with me. Today I have a nectarine. Generally I bring fresh fruit, dried fruit, leftovers, rice. I can eat any whole plant-based food at any time of day (rice for breakfast, etc.).

Do you remember a meal that you cooked that was not well-received? How did you overcome that?

Priscilla: We tend to make a variety simple dishes for dinner, so plenty of times our children wouldn’t like one dish for some reason and they would just eat the other ones. It wasn’t so noticeable.

Lewis: Know your audience. When cooking for kids and people who are not used to eating plant-based, we don’t mix too many ingredients together. For everyday meals, we prepare simple dishes like squash or just plain rice. There have been plenty of times when the kids would go to the cabinet and grab some vinegar, salt or hot sauce to add to the food. That’s alright.

Priscilla: We learned not to make things a big deal. If you peg your child as not liking something they will take it on as part of their identity. We’ve seen parents say “My kid doesn’t eat this…” Of course he doesn’t eat it. The whole nation knows he doesn’t eat, so he has to live up to that. I think early on we figured out that we could be light about that too. If they don’t eat it now, they might eat it in a couple months or years. I think that helped. We didn’t make a huge deal. Even our 16 year old, there are things she wouldn’t eat that we keep putting out, and then one day she eats it. Even hijiki (seaweed). I gave it to her and told her it’s good for her hair and she ate it. She wouldn’t even go near it before. Have plenty of things people like. There’s brown rice, all kinds of vegetables and fruit, nuts, seeds, all kinds of good things out there!

Lewis: And when people eat at our house and they’re not used to plant-based food, sometimes their plate will come back to the sink with everything on it. We don’t take it personally. They’re just not used to it. It’s different, and we accept that. Like Priscilla said, our religion is not food, it’s people. It’s love.