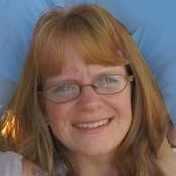 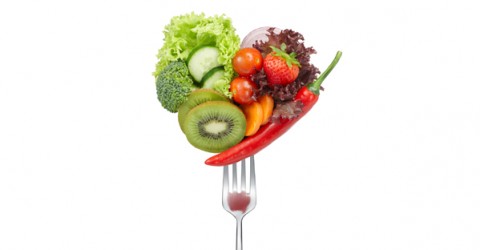 Based on the National Kidney Foundation’s (NKF) estimation, there are approximately 26 million Americans with chronic kidney disease (CKD), and millions more are at risk (About Chronic Kidney Disease, 2013). To put this in perspective, this is just slightly higher than the 25.8 million Americans with diabetes (Diabetes Statistics, 2013). If you know someone with diabetes, then you probably know someone with CKD.

The primary risk factors for CKD are diabetes and hypertension. According to the Center for Disease Control (CDC), there are approximately 68 million Americans who have hypertension (High Blood Pressure, 2013). Other risk factors for CKD include autoimmune disorders, inflammatory diseases, and obstructive diseases such as kidney stones and recurrent urinary infections. It is also suggested that phosphate food additives from processed foods may contribute to the progression of CKD in healthy and at risk individuals (Ritz, Hahn, Ketteler, Kuhlmann, & Mann, 2012).

So, can a whole food, plant-based (WFPB) diet really help in preserving kidney health? The answer is unequivocally YES. There is a large amount of evidence suggesting that a WFPB diet can treat, reverse, and even prevent diabetes. Dr. Neal Barnard, from the Physicians Committee for Responsible Medicine (PCRM), compared a low-fat vegan diet (10% of energy from fat, 15% from protein, and 75% from carbohydrates) to a typical American Diabetes Association (ADA) diet (15–20% protein, 7% saturated fat, 60–70% carbohydrate and monounsaturated fats, and cholesterol 200 mg/day). Hemoglobin A1C, a marker of diabetes control, fell 1.23 points in the low-fat vegan group versus only a .38 point drop in the ADA group (Barnard et al., 2006, Results section, para. 1). Another study by Harding et al. (2008, Results section, para. 1) found that higher plasma levels of vitamin C, as a biomarker of fruit and vegetable intake, are associated with reduced risk of diabetes.

When it comes to the treatment and prevention of hypertension, the evidence of the positive impact of a WFPB diet is just as convincing. One study showed that glutamic acid, which is the primary amino acid in vegetable protein, has a lowering effect on blood pressure (Stamler et al., 2009, Conclusions section, para. 1). In addition, an Adventist Health Study shows that vegans have less hypertension than meat eaters (Pettersen, Anousheh, Fan, Jaceldo-Siegl, & Fraser, 2012, Abstract, para. 5). Lastly, The American Heart Association (AHA) recommends reducing your intake of sodium to help lower blood pressure or prevent high blood pressure from developing in the first place (Prevention & Treatment of HBP, 2013); it is widely accepted that processed foods are notoriously higher in sodium than whole foods.

It is also suggested that a diet high in vitamins and minerals and moderate in protein and calories can protect against tissue damage and suppress inflammation. IGA Nephropathy is inflammation of the glomeruli of the kidney. It is the most common glomerulonephritis in the world (What is IgA Nephropathy?, 2013). The fatty acids found in animal foods can be pro-inflammatory where as the fatty acids found in plant foods are anti-inflammatory. The IGA Nephropathy Support Network provides new reasons to turn from eating animal proteins to a plant-based diet: to help reduce the strain on the kidneys and to reduce the damaging inflammatory response.

Lastly, it is suggested that a Western-style dietary pattern (high intake of saturated fat, processed foods and sweets) may be associated with kidney function decline; whereas a more prudent dietary pattern (high intake of fruits, vegetables and whole grains) may be associated with preserving kidney function. A study by Nettleton, Steffen, Palmas, Burke & Jacobs (2008) found participants with a higher consumption of fruits, vegetables and whole grains had a lower albumin to creatinine ratio (ACR), which is an early marker of kidney disease, while participants with higher nondairy animal food consumption intake had higher ACR . A subgroup analysis from the Nurses’ Health Study (Lin et al., 2011, Conclusions, para. 5) also found a significant association with increased odds of microalbuminuria and rapid kidney decline with a Western-style diet pattern compared to a more prudent dietary pattern.

Whether you have kidney disease, risk factors or you just want to preserve your kidney health for years to come, a whole foods, plant-based diet is a reasonable, effective way to achieve and maintain long-term kidney health.