During the COVID-19 pandemic our focus is on your health.

We will continue to provide high-quality educational content, including recipes, articles, and guidelines for optimal living.

Stay informed by signing up for our free newsletter

Topics » Disease » Chemical Carcinogens: How Safe Are You?

Chemical Carcinogens: How Safe Are You? 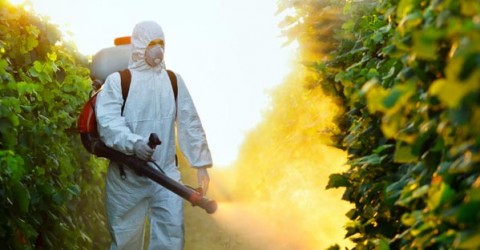 I would like to turn your attention toward a nagging question about foods, namely carcinogens in foods. We hear so much about them but what, really, are they? Mainly we’ve heard that carcinogens cause cancer and anticarcinogens prevent cancer. This idea was well articulated in an article by Professor Bruce Ames of the University of California published in l983 in the journal Science.

I submit, however, that despite Professor Ames’ worthy efforts, our ideas about chemical carcinogens remain much too simplistic. The working definition of a carcinogen began around 1915 when it took on the meaning of a chemical which, when tested in experimental animals, unequivocally caused cancer. During the next two to three decades, a number of chemicals were found to have these properties. By the late 1950s, the carcinogenic red flags looming over our food supplies could no longer be ignored. That’s when an herbicide used on cranberries was found to be capable of causing thyroid tumors in experimental animals. Coming shortly before the Thanksgiving holidays, the cranberry business took an immediate nose dive. What timing that was! Shortly thereafter, Congress took its own style of nose dive by amending the Food and Drug law to include the Delaney Clause. This said that any chemical shown to cause tumors in experimental animals should be banned from human use.

How very simple it all seemed. Ever since, the U.S. government has been conducting animal experiments to test the potential of certain chemicals to cause cancer in humans. Yet, more than 30 years later, the task is barely begun. By some estimates, not more than 5% of the chemicals in our environment have been tested. Yet the amount of work that is pending is enough to keep experimental pathologists and toxicologists busy for decades, and the projected budgets are almost sufficient to satisfy even the voracious appetites of the Defense Department.

One might have imagined that throughout all these investigations, we would have come closer to understanding the importance of chemical carcinogens. To the contrary, the idea has become much, much more complicated than that simple clause of 1958 would have led us to believe. All sorts of important questions have arisen. Are the carcinogenic levels used in experimental animal studies relevant for humans? Are there levels of exposure below which cancer might not occur? These questions are important because much evidence indicates that the differences between species, humans included, may be a million or more fold! If this is true, we need to know which dose is relevant for humans and which is relevant for rats and mice.

Another quite technical question concerns whether a carcinogen, by definition, should be limited only to those chemicals which initiate tumors. These are often referred to as mutagens because they mutate the genetic DNA and, by so doing, they may also “initiate” the cancer process. There are also chemicals which, by themselves, do not initiate, but nonetheless still promote the growth and development of tumors.

The simplest tests for mutagens are those originally developed by Professor Ames; today these are popularly known as Ames tests. These, and similar tests, have been widely used to get an early indication of possible cancer causes. Indeed, as every industrial toxicologist knows, if a chemical with commercial potential is shown to be mutagenic, further development is suspended. This is because the strong possibility will exist that the compound may eventually be shown to produce tumors in experimental animals and therefore will be regulated out of existence.

Considering that the 1958 Delaney Clause stipulated that any substance shown to cause cancer in experimental animals must be labeled a carcinogen, then we must ask: Why isn’t animal protein labeled a carcinogen? There is quite an irony here. For a chemical to be considered carcinogenic, the cancer must result from ingesting excessive amounts of a particular substance. Yet, only modest amounts of animal protein have been found to result in cancerous tumors in animal studies. Moreover, human studies also support this carcinogenic effect of animal protein, even at usual levels of consumption. In my view, no chemical carcinogen is nearly so important in causing human cancer as animal protein.

The flip side of this same issue is the oftentimes overlooked ability of plant-based foods to protect against the potentially damaging effects of mutagens. We know, for example, that many mutagens occur naturally in plants. Why not worry about these chemicals? The rarely acknowledged answer is that the cancer-producing potential of natural mutagens (usually present in small amounts) is controlled by the simultaneous consumption of nutrients and related materials in those same plants. It might even be argued that Nature has used these potentially harmful substances to her own good effect that is, to stimulate and develop the body’s own protective machinery.

Frankly, there is no topic so confusing to the public and policy makers as the one concerning chemical carcinogens. The point that I would like to leave you with is this: while we must be cautious about adding more chemical carcinogens to our environment, we also must recognize what is, in effect, the most relevant carcinogen of all an animal-based diet, due to both the presence of cancer-promoting agents and the absence of protective agents from plants. The bottom line message here is that we should worry a little less about specific chemical carcinogens and worry a little more about eating a variety of quality plant-based foods.

Again, I do not mean to suggest that we disregard the potentially harmful effects of chemical carcinogens but rather, that we bring some balance back into the debate, in favor of nutrition. Because of the existing imbalance, we spend hundreds of millions of dollars on the imperceptibly slow testing of chemical carcinogens each year, and only a fraction of this amount on relevant nutrition research. About seven years ago, I was invited to present a seminar to the government agency responsible for testing chemical carcinogens and was told that even though my criticisms might be valid, no one “below the White House” would suspend or abolish the program. The investment stakes were simply too high to recommend radical change.

*No chemical carcinogen is nearly so important in causing human cancer as animal protein.

Chasing Away the COVID Blues: Coping Strategies at Home

What Can I Eat to Help Fight Depression and Anxiety?

Take Back Your Power: Immunity-Boosting Foods and Tips

How Does Nutrition Affect the Immune System?

Can Dogs and Cats Eat a Plant-Based Diet?