Dr. Campbell, “Debunking the Cult of Animal Protein”, in a Whole Communities Workshop 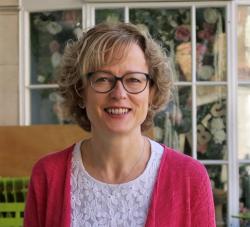 CNS recently launched Whole Communities, an online platform where you can connect with others; be inspired by the work of whole food, plant-based (WFPB) advocates from around the world; get support by participating in active discussion groups; and join free workshops every month—all with the aim of building resilient communities of health through WFPB nutrition.

In the most recent of our monthly workshops, “Debunking the Cult of Animal Protein,” Dr. T. Colin Campbell presented on the topic of animal protein. If you haven’t seen the workshop yet and want to check it out, it’s easy to access. All you have to do is register for a free account on Whole Communities.

He explored the historical foundations of our society’s obsession with protein, and especially our obsession with the protein of animal foods, describing protein as the, “main driver of food production and food choice” ever since it was discovered in the 1830s.

This obsession is so entrenched in our thinking that most people aren’t even aware of it. It’s why people on a WFPB diet are so frequently asked the question: where do you get your protein? Dr. Campbell shows the flaws and consequences of this thinking, which has had a damaging effect on our health for far too long.

His own personal and professional history have also been heavily influenced by our fascination with animal protein—growing up on a dairy farm, entering into the field of nutrition with high hopes for the importance of animal protein, and eventually discovering and replicating research that undermined that entire worldview—and these experiences have obviously informed his perspective. He talks about the notion of “high quality” vs “low quality” protein, where it came from and what it means, and also the relationship that animal protein has with the stages of cancer development—a subject he spent decades researching.

Sadly, the cult of animal protein persists today. It continues to shape choices in public health, nutrition research, and food policy more broadly. The good news is, there’s a ready-made alternative in the form of the WFPB diet, which can undo many of the epidemics of disease that have been promoted by our consumption of animal foods. To learn more about Dr. Campbell’s perspective on this alternative, and the hopeful research that links better nutrition to the prevention and reversal of our most common killers, enjoy the recording of the workshop by signing up on Whole Communities.

Do you have thoughts on this subject? Questions or concerns? Solutions you’re eager to implement on the scale of your own family or community? We’d love to have you join our Whole Communities hear from you! 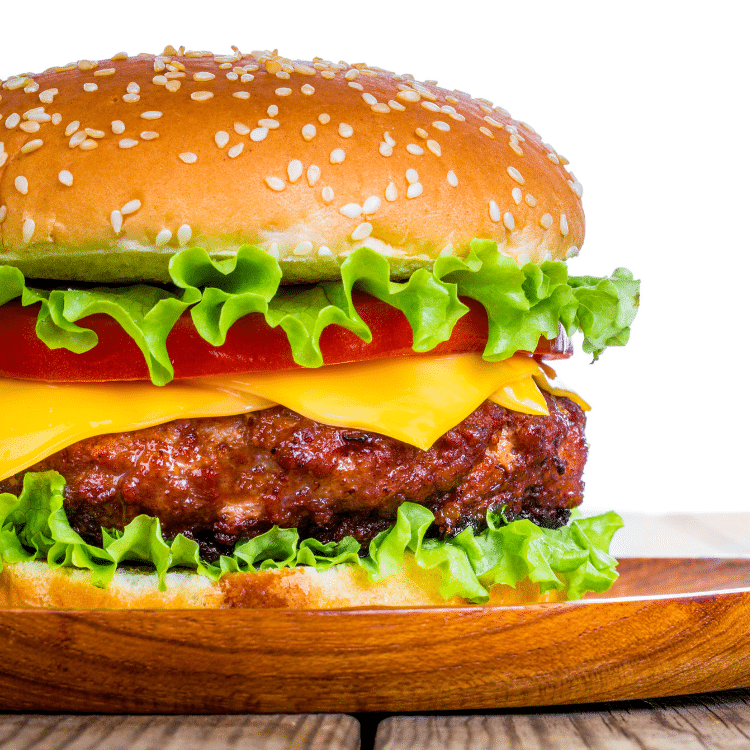 Where do you get your protein?

If you’re someone who’s chosen not to eat meat, then you’ve likely been asked more times than you care to remember, “but where do you get your protein?”.

Many of us may have consumed animal foods for years, thinking that we needed them to get enough protein.
As part of the Whole Communities Membership Program, Dr. T. Colin Campbell presented a workshop on the obsession that exists around animal protein. He explains why instead of discussing, “How are we going to meet the need for the production of more animal foods?”, the emphasis should be on how we can eat differently to benefit our planet and our health.

Why are we obsessed with protein?

Dr. Campbell argues that our fascination with high-quality animal protein is the “main driver of food production and food choice and its consequences”.

Protein was first discovered in the 1830s, with Gerhard Mulder, a Dutch chemist who observed a dog eating meat and concluded that if it didn’t it would die. He looked for something he could isolate in the meat and discovered a compound which he named “proteios”, a Greek word meaning “of prime importance”.

His influential colleague, Justus von Liebig, also referred to protein as “the stuff of life itself”.

Where has the notion of high-quality protein come from?

It wasn’t until the 1900s that it was discovered plants contain protein. Up until this point it was only thought to be found in meat.

There’s a notion that meat provides high quality protein. But what does this mean? Dr. Campbell explains:

It’s been widely accepted that high quality protein comes from animals and lower quality from plants. The origins of this go back to the 1920s where the biological value of protein was analyzed in relation to animal agriculture. Why is this important? More protein retained means greater body weight gain and therefore more profit for, in this case, livestock-based agriculture. 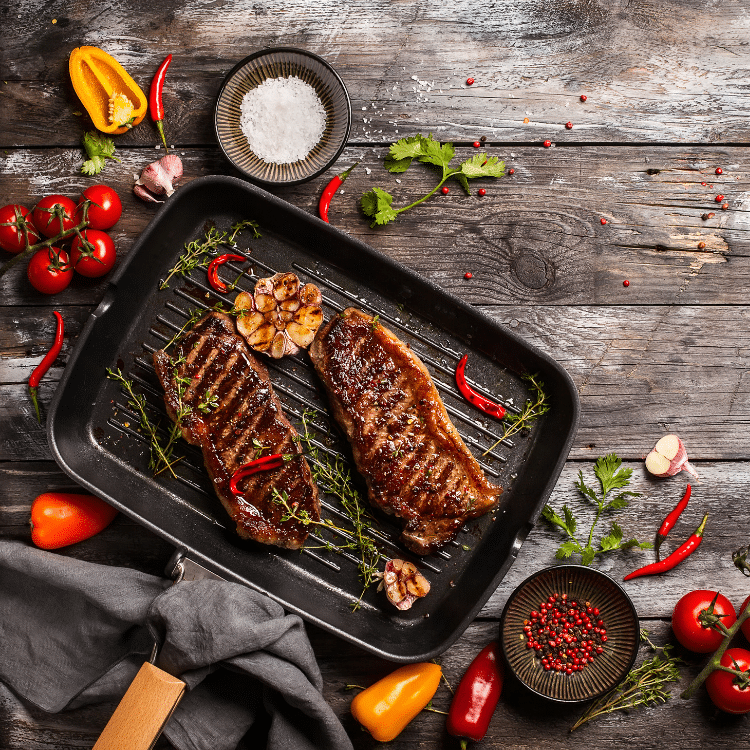 Dr. Campbell advocates a wholefood plant-based diet (WFPB), but this wasn’t always the case. His doctorate degree back in the 1960s focused on encouraging the consumption of animal protein. When looking at malnourishment in children the assumption was that malnourishment was due to a lack of protein. It was only when he started his research that he discovered very young children being treated for liver cancer. The children consuming the highest levels of protein were most likely to get liver cancer.

Over many years Dr. Campbell looked at whether animal protein could cause cancer.

It’s important to note that although Dr. Campbell was initially skeptical that animal protein could cause cancer, he spent many years studying the correlation between the two. His work, which was first published in the 1980s, showed that a diet of 5% animal protein did not cause gene mutation and therefore a likely increase in cancer, but consuming 20% animal protein did. Cancer development could also be controlled by changing the percentage intake of protein, which led the researchers to conclude that “nutrition rather than genes, controls cancer development”.

Dr. Campbell continued many years of research looking at the mechanism to explain the effect of animal protein and whether drug intervention was the answer. He concluded there was no one mechanism that caused cancer and therefore it wasn’t possible for a drug to counter what happens on a high animal protein diet.

Many studies from other researchers concluded that all types of animal protein, including low-fat milk and saturated fat cause an increase in cancer and coronary heart disease.

Dr. Campbell describes in detail in this workshop how animal protein increases cancer-promotion mechanisms, whilst decreasing the ways our body tries to protect us during the three stages of cancer – initiation, promotion and progression.

The minimum amount of protein we need is around 5% of total calories. To ensure everyone gets enough protein the recommended daily amount is 9%. In the US and other western countries, the intake range can be up to 24% and approximately 75-80% of this is made up of animal protein. With this intake we can expect to see an increase in chronic disease risk.

Contrary to popular belief a WFPB diet provides enough protein and there is no reason to strive for so called high-quality protein from animal sources. Shockingly, in 2002 an upper safe level of 35% was set. It was covered in the press and was even adopted in school meal programs. It gained popularity by what Dr. Campbell refers to as “mob power” and led people to think they could consume as much animal protein as possible.

Unsurprisingly, but important to note – the funding support for this upper level came from various organizations with a vested interest, namely pharmaceutical companies and institutions representing the food industry. 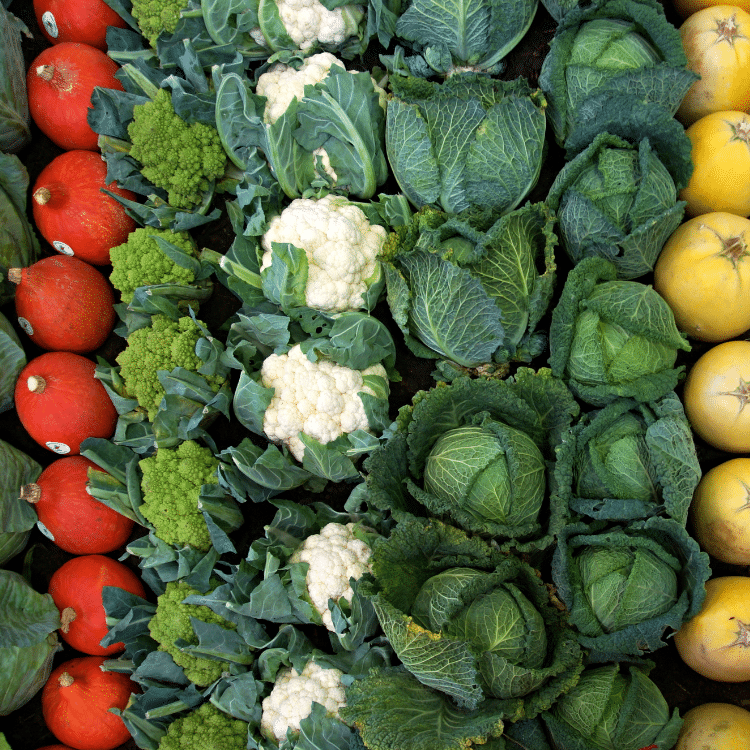 The benefits of a wholefood plant-based diet

As well as helping to protect us from cancers, heart disease and diabetes Dr. Campbell talks about many peer-reviewed studies covering a broad range of conditions where a WFPB diet can either prevent, halt the progression or cure. These include debilitating conditions such as rheumatoid arthritis, multiple sclerosis and Alzheimer’s disease. The beneficial nutritional effects of eating WFPB are broad, and they can also be rapid. Within 24 hours people can start to feel the benefits. Most importantly, is that there are no side effects.

Can a WFPB diet help reduce the severity of coronavirus (COVID-19)?

Dr. Campbell’s work for the China Study looked at another virus – hepatitis B. It concluded that consuming even small amounts of animal foods decreases our natural killer cells and increases the prevalence of liver cancer and ultimately, death.

Conversely, people consuming plant foods produce antibodies, so the virus stays inactive and, in the majority of cases, does not go on to develop liver cancer.

Dr. Campbell suggests that the same could be the case with COVID-19. People most susceptible to severe COVID are over 60 and have a degenerative disease, such as cancer or heart disease. Dr. Campbell points out that a WFPB diet reduces the risk of these diseases and the risk of severe COVID by building the immune system.

So, what can we do? The message is simple – eat a diet based on plants in their whole form as much as possible.

Find out more and watch the full video from Dr. Campbell – Debunking the Cult of Animal Protein – by joining Whole Communities. This is the place where you can connect with others, be inspired, get support, join workshops every month – all with the aim of building resilient communities of health through whole-food, plant-based nutrition.

Animal Protein as a Carcinogen