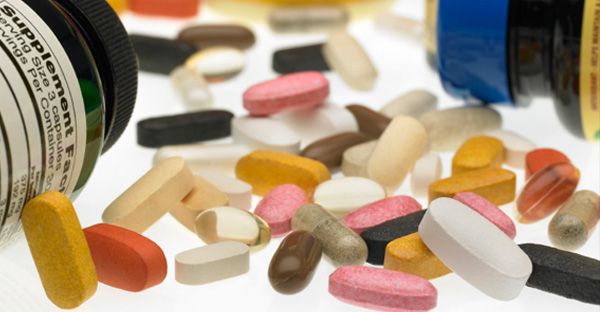 Evaluating the Need for Supplementation

It is important not to be too certain, not to the point of nihilism but at least to an awareness, that today’s ‘truths’ are often tomorrow’s shortcomings.

My views, of course, are based not on clinical practice but on the scientific literature, both that from my own lab and that from others. I also have watched quite closely the emergence of the supplement industry almost since its birth during the 1960s-1970s. For 3 years during the 1980s at a critical time for the industry, I was asked by the National Academy of Sciences to represent them at Federal Trade Commission administrative law proceedings to help the Judge interpret the sudden tsunami of commercial health claims for their authenticity. These claims had arisen because of the NAS report on Diet, Nutrition and Cancer that I co-authored. That experience really opened my eyes to the emerging world of nutrient supplement commerce.

Clinical observations, for me, are very difficult to evaluate except to be automatically skeptical, for a number of reasons.

Probably my main reason is that I worry about the simplicity of diagnosing a condition that we can only hope will be resolved by using a single chemical–nutrient, drug or even a single food. I do not say that such agents are without effect but often these effects, if they exist, cover up a much larger sin that needs to be addressed. Even in those cases that apparent benefits are achieved, they often are short term (even in vivo), in vitro, based on unreliable and biased reference standards and/or are shown to exist under quite narrow conditions. Furthermore, estimating nutritional status by single biomarkers without taking into consideration the contribution/interaction of related biomarkers is a recipe for mistakes. Here are a couple examples.

2. Plasma tocopherol (vit E) levels have long been misinterpreted by ignoring the role of lipoproteins (LP) in transporting this antioxidant. Plasma E levels are strongly related to the level of lipoprotein and most analysts still today do not make the appropriate estimate of Vitamin E dependent effects, which limits their interpretations of these effects.

Like the cholesterol example above, this is an example of refining the estimate of disease risk attributed to Vitamin E. I am quite familiar with research that gives apparently impressive findings but so often (almost always) these findings eventually become too reductionist. From my point of view, such philosophy that focuses on the effects of single biomarkers is the antithesis of nutrition which demands more importantly that we know the unusually dynamic context. By focusing on such detailed information — and publicizing and marketing it – we lead most consumers to believe that this is the best way to achieve good health. I have tried to be open-minded about the possibility that long term health might be achieved — at least supported — by patchwork approaches, and on more than a few occasions have pointed out the apparent successes of iodine, selenium (to reverse Keshan disease in China), vitamin E, possibly vitamin C, and folic acid to do good things. But as I have watched these ‘successes’ unfold, I also have watched the emergence of some fairly serious challenges.

“With the exception of folic acid to prevent neural tube defects….the numerous supplementation trials have yielded rather disappointing or conflicting results for most of the nutrients evaluated [this was a lead-in sentence].”

“…trials have consistently shown that commonly-used antioxidant regimens (vitamins E and C and Ÿ-carotene, single or in combination) do not markedly reduce overall cardiovascular events or cancer…This lack of effect of vitamin E supplementation has been confirmed by meta-analysis…The recent Heart Outcomes Prevention Evaluation–The Ongoing Outcomes extended follow-up of the Heart Outcomes Prevention Evaluation Trial has even suggested an increased [my emphasis] risk of heart failure in the vitamin E-supplemented group…a recent meta-analysis has found a significant dose-dependent adverse [my emphasis] mortality effect of vitamin E when taken at 400 mg daily…”

Then there are the now-numerous studies showing an adverse effect of ÃŸ-carotene on lung cancer and all-cause mortality, first reported over 10 years ago. This same review also points out the lack of effect of these more popular vitamins on diabetes, macular degeneration, infections in the elderly, strokes and total mortality. They conclude that “classic micronutrient-supplementation randomized controlled intervention trials have largely failed to show an effect on chronic degenerative disease risk.”

After following rather closely this field for more than 30 years, it is my view that it has been vastly oversold and that there is a huge price being paid. More than a billion dollars has been spent on trials to test nutrient supplement effects–now shown to have, at best very limited short term effects. And billions of dollars of money has been spent by consumers in the hope that nutrient supplements will bring them health.

In addition to bilking the public of their money, this field also has had a very negative and diversionary effect on public acceptance and adoption of the health-promoting evidence on whole plant-based foods. Almost everyone wants a magic bullet solution while they continue to deny the evidence that is most profound and widely applicable.

Many years ago, I was also somewhat enamored with single chemical medicine and focused much of our early research on the principal enzyme involved in drug disposition and metabolite synthesis (e.g. as with steroid hormones and cholesterol), the mixed function oxidase. I had become quite involved in that community, in fact I wrote the first major review article on nutrition and drug metabolism (Campbell, T.C. and Hayes, J.R. Role of nutrition in the drug metabolizing enzyme system. Pharm. Revs. 26:171-197, 1974), and our work was being promoted by the drug industry.

Roche sent unsolicited funding for our research until I publicly doubted the direction of the nutrient supplement field in a Roche sponsored symposium in New York in 1975. Eventually, I became much more enamored with the possibilities for food (not drugs) and health, based on these same reductionist research findings. When considering the larger context it was a matter of using this early research as trees in the forest landscape. (Now, rather ironically, I have even spoken at a plenary talk to an annual conference hosted by Jeffrey Bland, one of the long-time gurus of the nutrient supplement industry, to explain how and why I strayed so far from my molecular medicine work in my early career. Dr. Bland, an outstanding researcher, was curious why I had left a field that seemed to hold so much promise so many years ago. That industry still publicizes and promises great things if we could just focus on the effects of individual agents on complex biological events. They don’t say it quite this way but this is nonetheless the mission of molecular medicine. What is my view of this field of nutrient supplementation and other pharmacological approaches? It’s mostly an opportunity to make wealth for the few at the expense of health for the many.

To come full circle, I have long heard the claims and the fancy molecular explanations on nutrient supplements coming from the clinical field but I have yet to be convinced. I remain entirely open to the claims but, given my background, I am going to continue to want to see long term results before becoming much of a convert. I am confident that there will be occasions when meaningful benefits will be shown for some individuals, but when this does occur, I will be persuaded only if there is long term evidence that vitamin supplementation really changes disease risk.