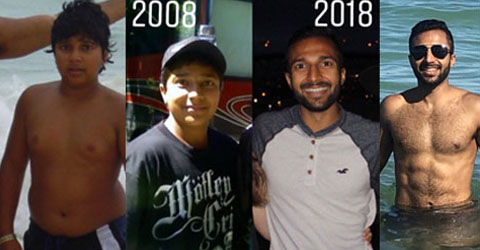 Throughout my childhood and early teens I was involved in just about every sport you can name, from martial arts to volleyball to my favorite sport, soccer. While I was always a skilled soccer player, I never had the endurance or speed of my competitors, given that I had quite a bit of extra weight to carry around at the time and was asthmatic. This was tough for me because it resulted in me being cut from certain teams due to fitness while my friends were competing at higher levels. I tried everything to get in shape, including running, weight lifting, and even the Atkins Diet! While these efforts produced short-term gains, they never lasted beyond a couple months, which was very frustrating as a child.

I started losing weight, my acne began clearing up, I felt better, and I am happy to say that I haven’t had asthma since this little trial 11 years ago!

To make matters worse, when I was 14, my asthma flared up worse than it ever had previously. I was home sick with the flu, and my asthma acted up to the point that I couldn’t speak more than a few syllables without needing to take a breath. My mother took me straight to my doctor who gave me oxygen and medication, which only helped temporarily. As it began acting up again, the doctor told my parents that if it didn’t subside with a second round of treatment, I might not make it through this. After the second round, my asthma settled down, and I was discharged. You could say I was one of the lucky ones. Unfortunately, no lifestyle advice was given at the time, just an adjustment in medications.

When I was 15, I began seeing a personal trainer with the hope of getting in shape for football. To my surprise, he recommended a predominantly plant-based diet with an emphasis on raw foods. At first, I didn’t take his dietary advice seriously because it went against everything I had known about sports nutrition. However, change finally happened when he made me keep a food diary. I was terrified that he would see how poor my diet was and work me extra hard in the gym, which was already hard enough! Because of this, for the next 2 weeks, I had no dairy products, reduced my meat intake, increased my fruit and vegetable intake, and completely eliminated all classic junk foods including soda, chips, candy, and so on. That’s when something miraculous happened.

I started losing weight, my acne began clearing up, I felt better, and I am happy to say that I haven’t had asthma since this little trial 11 years ago! I started to believe he might be onto something with this dietary advice. At the same time, I had to question why no healthcare provider had ever told me to change my diet before, especially given that it seemed to have cured the asthma that had nearly killed me a year earlier. I believe the answer is because they have never been taught about the incredible impact nutrition has on our health. After all, my dad has asthma, so isn’t it just in my genes?

Since I had witnessed the power of nutrition firsthand, I dove into reading as much as I could about plant-based and raw food diets. As I learned more, I slowly implemented further changes and upped my exercise regime. In just one season, I went from being the guy who could barely keep up on the field, to being the leading scorer on my soccer team! The only real setback I ever had was my first semester of university. Living away from home and eating cafeteria food, my diet was slipping, and I was drinking alcohol nearly every weekend. I was still more mindful of what I put in my body than the majority of my friends, but by my second semester, I could tell that my health was not where it was before I started school.

I didn’t enjoy feeling 70% when I now knew what 100% felt like, so on February 24th, 2011 I decided to give up all animal products. I can say with certainty that this was the best decision I have ever made. While early on, the focus was on raw foods because of my history, as my knowledge base grew and I really dove into the science behind plant-based diets, I shifted towards a more traditional whole food, plant-based diet and have reaped the rewards for my health and fitness. Since 2011, I have influenced several friends and family members to adopt similar lifestyle changes, and my father has even reversed his cardiovascular disease by adopting a plant-based diet. It is commonly believed that most chronic diseases are due to our genetics, but I would like to challenge that idea. Perhaps diseases run in the families because diets run in families. I agree with the popular philosophy that genes load the gun, but lifestyle ultimately pulls the trigger. This is why I have decided to pursue a career in healthcare, and I aim to educate everyone on how plant-based nutrition can change their life for the better. 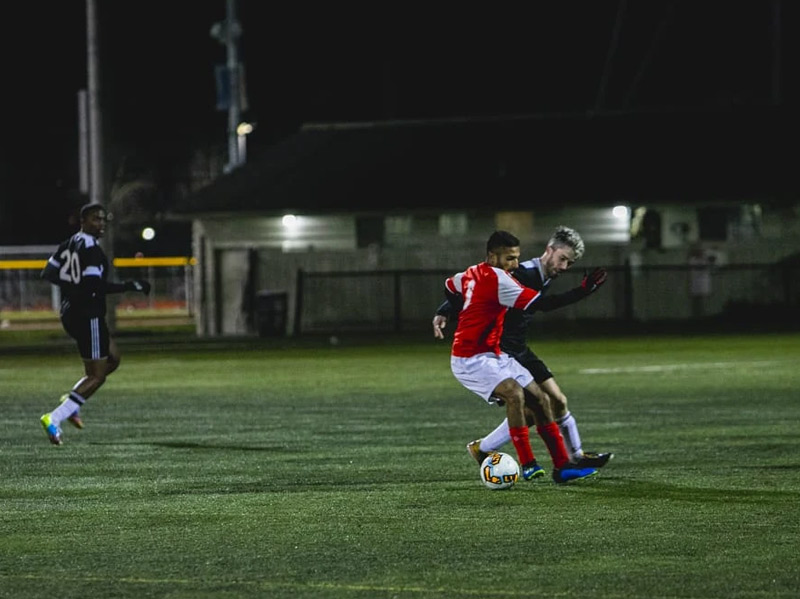 My Eczema and Asthma Are Gone Thanks to a Plant-Based...

Adam Michaelides on Allergies and Asthma