Register now
Topics » Disease » A Goal of (Profitable) Mediocrity in the Fight Against Heart Disease: The APOC3 Mutation Story.

A Goal of (Profitable) Mediocrity in the Fight Against Heart Disease: The APOC3 Mutation Story. 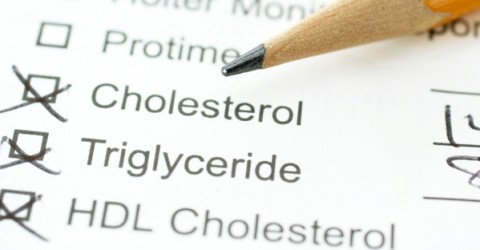 On June 19th, an article[1] in the New York Times titled, “In Single Gene, a Path to Fight Heart Attacks,” unintentionally highlighted the modern promise and the utter failure of our medical system, both at the same time. It describes the findings from two recent studies [2][3] on the genetic causes of high triglycerides. Both of these studies were large, well-conducted, and published in a highly regarded journal with extensive press coverage. The NYT article was on the front page “above the fold”.

The findings of the two studies, utilizing the genetic analysis of almost 200,000 people, showed that there are four relatively rare genetic mutations on a gene coding for apolipoprotein C3 (APOC3) that are linked to low triglyceride levels. Although there is uncertainty regarding how triglycerides are involved in heart disease, it is quite clear that high triglycerides are associated with increased risk.

The important result from these studies is that people with the mutations had not only lower triglycerides, but also about a 40% lower risk of coronary heart disease.

Research of this type could never have been done 50 years ago. It embodies remarkable medical and technological advances of recent years. Further, this research is intellectually stimulating and obviously relevant to heart disease, our number one killer. I have no doubt scientists and clinicians directed the studies with an eye toward what they genuinely feel is in the public’s best interest.

And yet I am troubled.

The authors of the newspaper article and both studies write that the relevance of this research is to find a new target for pharmaceutical development. Authors of one of the papers, conducted by a National Institutes of Health (NIH) group, write, “In more general terms, the results of our study highlight the potential usefulness of naturally occurring loss-of-function mutations in guiding the selection of therapeutic targets.”

The newspaper article went a step further, describing the need for a new drug. Dr. Rader, a preventive cardiovascular medicine and lipid clinic director at the University of Pennsylvania is quoted as saying, “We’ve been looking for something beyond statins. After we have put people on high-dose statins, what else can we do? Essentially nothing.”

After spending the past several months crafting an educational program about the history and evidence for annihilating even advanced heart disease without drugs, I strongly disagree.

Don’t get me wrong. I am traditionally trained and probably more conservative than many plant-based doctors when it comes to clinical practice. I am an “all-of-the-above” kind of physician in the sense that I use all the tools at my disposal. I see a plenty of patients who aren’t interested in significant lifestyle changes. Although a healthy diet and lifestyle is my fundamental recommendation, I do prescribe pills and procedures. I have no problem being a cheerleader for pills and procedures when they may provide a benefit.

But I’m left asking: Why have hundreds of well-intentioned professionals collaborated for years, at great expense, to shoot for a mediocre benefit at best (and potentially a deadly failure, at worst) while apparently ignoring a far more powerful nutritional approach that needs all our efforts to publicize? Why is the news that could prevent the vast majority of 750,000 American heart attacks this year ignored, even denied, in one of our most respected newspapers? Wouldn’t that be news that’s fit to print?

Here we start again on a “drug-induced” journey that will require several years and many hundreds of millions of dollars to see if this research might lead to a “finished” drug that has no dangerous side effects and is as effective as the natural gene mutations. We hope, against all odds, that this time the promises will prove true; that the new drug will reduce heart disease events and mortality by 40%.

We’ve been on this journey before and we know that it is overwhelmingly likely that there will be major snags along the way. There will be side effects even if it reduces heart disease risk and we may even learn that it kills more people than it saves. There’s almost no chance it will reduce overall mortality by 40% or more.

Despite these realities, we push ahead with our goal of developing a new drug. There’s a saying in medicine I’ve heard sometimes to describe a situation when we know our numerous, complicated efforts will likely make no meaningful difference for a patient who is terminal. We say we are “rearranging deck chairs on the Titanic.” Is that what we are doing with our whole society and heart disease?

If so, I’m here to say that we don’t have to be on the Titanic. We have a different ship to take; one that won’t sink. A ship based on nutrition and lifestyle that will prevent far more than 40% of fatal events caused by heart disease. Shouldn’t health professionals be trying to get people on that one, rather than rearranging the deck chairs?

Why are we so obsessed with mediocrity? I did an internet search of news related to the APOC3 story and found this headline regarding a drug company, Isis, that already has conducted small trials of a drug to target these pathways:

“Isis Could Get a $2 Billion Gain From Heart Attack Trials”

Ah… Now we get to the real driver. This is one of many paydays for a few players in this scheme that has subtly, yet powerfully, influenced the entire paradigm we live in. It turns out our mediocre goal might be awfully profitable.

Unfortunately, this paradigm is costing lives and resulting in more death, expense and tragedy than anything else our society currently endures. In the reader comments online[4] for the newspaper article, there is this comment, from “Jon_K”:

“Genes trump life style. That’s what the cardiologist said to me as he wheeled me into the operating room. Like many, I did all the stuff you’re supposed to do, never smoked, never been overweight, ate a careful diet, been a life-long exercise fanatic, taken my cholesterol meds, had regular check-ups, numbers looked great. Still WHAM… I would be thrilled with something that improved my odds. You would too if you were in my shoes or rather had my genes.”

In our certificate program at eCornell, Dr. Esselstyn asks, “Can we do better?”

For our children, parents, brothers, sisters, and friends, and for tens of millions of others like “Jon_K”, the answer must be yes.