Topics » Nutrition Science » How Important is Vitamin D? Facts You Need to Know 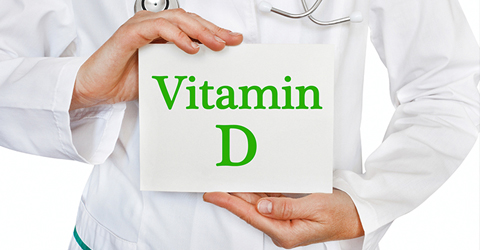 For many, the winter can be cold with short, dark days. This season often raises concerns about vitamin D, sometimes called the sunshine vitamin. Interest in vitamin D has exploded in recent years and for good reason.

What is Vitamin D?

Vitamin D is technically not a vitamin because humans have the capacity to produce it themselves through exposure to sunlight. Vitamin D is biologically inert and must undergo two chemical processes in the body for activation. The first occurs in the liver and converts vitamin D to a prehormone called calcidiol. The second occurs primarily in the kidney and forms the physiologically active hormone calcitriol.[1] Consequently, when we don’t get enough vitamin D, we will not have enough calcitriol inside our tissues (e.g. prostate, breast, colon etc.), and not having enough of a hormone can be very bad news.

Vitamin D is important in prevention and treatment of a range of conditions including asthma, heart failure, and autoimmune diseases, such as multiple sclerosis and inflammatory bowel diseases.

Human DNA contains more than 2,700 binding sites for calcitriol, including sites involved in virtually every major human disease.[2] The presence of these binding sites suggests that calcitriol—and therefore vitamin D—is very important all over the body.

Vitamin D is important for bone health. For example, vitamin D deficiency causes rickets in children and osteomalacia or osteoporosis in adults. Further, vitamin D does have many non-bone functions in the body. Indeed, evidence is accumulating that vitamin D is important in prevention and treatment of a range of conditions including asthma,[3] heart failure,[4] and autoimmune diseases,[5] such as multiple sclerosis and inflammatory bowel disease (Crohn’s disease, ulcerative colitis).

How Do We Get Vitamin D?

Vitamin D is rare in standard human diets, as there are very few natural dietary sources. One major natural source is oily fish (salmon, sardines, etc.), but to get enough vitamin D from oily fish alone, you would need to eat two or more large servings every single day! In some countries, including the United States, it is mandatory to fortify milk with vitamin D. However, fortified dairy generally contains very low levels of vitamin D. Some other products can contain added vitamin D but this varies depending on the region and even the food supplier. Mushrooms are one of the few natural plant-based sources of vitamin D, but only when they have been exposed to sunshine (or ultraviolet B). Even then, the amount they contain will be low.

Sunshine is the major source of vitamin D for most humans on the planet. When the ultraviolet (UV) light from the sun penetrates human skin, it triggers a chemical reaction that generates vitamin D. If a person with fair skin goes out in the sun for about 20 minutes wearing a bathing suit, 20,000IU (International Units) of vitamin D can be produced. For comparison, a large fatty piece of fish might contain about 1,000IU.[2] Importantly, persons with darker skin will also generate vitamin D from sun exposure, but not as efficiently due to the fact that darker skin contains more UV blocking melanin. This is a main reason why vitamin D deficiency can be more severe among people of color. People also lose some of their ability to produce vitamin D from sunshine as they age, putting the elderly at a greater risk for deficiency as well.

The major factor for vitamin D deficiency is insufficient sun exposure. Geographical location, specifically latitude (distance from the equator) has a major influence on vitamin D levels. The further we are from the equator, the lower the strength of the sun and the lower our potential to produce vitamin D. Season is also important. In the summer, the sun is higher in the sky, which means less UV radiation is filtered by the atmosphere, and the daytimes are longer. Certain parts of the US are exposed to sun strong enough to produce good quantities of vitamin D year-round (e.g. Miami) while places like New York do not get strong enough sun for about four months (November to February). Some cities further north than New York (e.g. Boston) do not get strong enough sun for about six months (October to March).

Other factors that can reduce our sun exposure and vitamin D production include: excess pollution, only going outside in shade (e.g. shadow of skyscrapers), sunscreen, glass windows, and clothing. Most human activity is now indoors, away from the sun (jobs, school, etc.). For example, office workers and people who cover their skin for religious reasons are at a higher risk for vitamin D deficiency.

I tell my patients to follow Kerley’s shadow rule: if your shadow is shorter than your body, you can be making vitamin D (as long as you’re in the sun and not covered head to toe in either clothes or sunscreen). If your shadow is longer than your body, you’re probably not making vitamin D, regardless of how sunny or warm it is and how much sunscreen or clothes you’re wearing.

Avoid burning at all costs. Each person’s skin is different. There is no evidence that moderate sun is harmful and may even be beneficial but there is consistent evidence that sunburns are associated with skin damage.

Should You Supplement Vitamin D?

Vitamin D deficiency affects around 1 billion people,[2] making it one of the biggest nutritional issues worldwide. Indeed, over 75% of Americans are vitamin D deficient.[6]

A vitamin D blood level of around 30ng/ml (75nmol/L) is optimal (the blood test is called 25-hydroxyvitamin D or 25(OH)D). To obtain this blood level, evidence supports moderate and regular sun exposure for most humans. If the sun is strong enough (think Kerley’s rule) exposure every other day for 10-20 minutes of will be sufficient. Darker skin will generally need longer. However, this may not be possible if you live far from the equator and it’s winter. This also may not be practical if your schedule and lifestyle makes it difficult for you to get outside. In these scenarios, a vitamin D supplement is worth considering. There are two main types of vitamin D: vitamin D2 (generally plant-based) and vitamin D3 (generally derived from sheepskin). Vitamin D3 has been proven to be much more effective than vitamin D2 in both raising blood levels11 and improving health.[8],[9] It is important to note that until recently, most vitamin D3 supplements were derived from animal sources (sheepskin), but there are now plant-based D3 supplements as well. The plant-based supplements are almost always labeled as such—“plant-based” or “vegan.” For adults, 2,000IU (50 micrograms) per day is a good starting point,[12] but exact requirements will depend on your body size (larger bodies require more vitamin D) as well as your diet, sun exposure, and genetics. Therefore, it is always a good idea to discuss the best approach with your personal doctor. It is also a good idea to take any vitamin D supplement with food [13] and on a regular basis (e.g. daily) when you can’t get sun (as opposed to large doses from time to time).

In conclusion, vitamin D is not the cure all some claim. But it is important. Aim for moderate sun exposure when possible and consider vitamin D supplementation when it is not.

Vitamin D is not technically a vitamin, it is a precursor to the hormone calcitriol

Vitamin D is important for bone health and other body functions

Over 75% of Americans are Vitamin D deficient