Topics » How To » I Avoid Eating Oil, but is it a Healthy Skin Care Product? 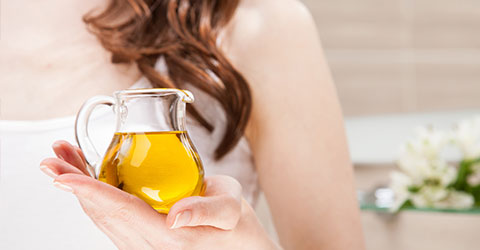 I Avoid Eating Oil, but is it a Healthy Skin Care Product?

A common question that I get goes something like this, “I understand that eating plant oils may not be the best thing for my health, is using oil on the skin, i.e. for massage potentially harmful too?” The short answer is no, it is not. In adults, oils applied to the skin mostly do not penetrate beyond outermost layer of the skin[1] and do not get into the circulation. Thus, the fats do not get into the circulation in any way that could be considered “nutrition”.

Of course the answer is more complicated than that. Your skin is the largest and fastest growing organ of your body. And while there is a wonderful, beautiful layer of dead cells at the outermost part of your skin, the skin is not impermeable. Certain chemicals, including oils, medicines, and toxins can pass through your skin and be absorbed. These do not lead to “nutritionally” equivalent levels of absorption, though, at least as far as fat goes. In other words, rubbing oil on your skin is not the same as eating a high fat diet. In fact, skin absorption is inefficient enough that I don’t suggest patients worry about this absorption, at least from a nutritional point of view.

To further investigate this question, I wrote to Maxim Darvin, PhD, of the Center of Experimental and Applied Cutaneous Physiology in the department of dermatology at Charite-Universitaetsmedizin in Berlin, who has performed key research looking at depth of absorption of oil applied to skin. He writes, “In our recent in vivo studies on human forearm skin, we have shown that both mineral and vegetable oils do not permeate through the stratum corneum (typical thickness on the forearm is 20 µm) and saturate the superficial layers only (max. 10 µm).” In other words, he writes, “I personally think that transcutaneous nutrition of oils through healthy skin is a fiction.”

Premature infants may be a different story. Their skin is extremely thin, and massage with oil actually has been shown to result in greater weight gain compared to massage without oil, implying a significant nutritional contribution from the topical oil[2].

Even in adults, there clearly are topical substances that cross the skin barrier. For example, medications applied to the skin can be absorbed systemically, and oils or other solvents can help facilitate their absorption. If you are putting prescription medication on your skin, some of that medication is being absorbed into your circulation, though in many cases it is a less efficient method of systemic drug delivery than consuming a drug orally. Steroids in a steroid cream used for a rash, for example, are absorbed systemically, but amount to far less exposure (depending on medicine and formulation) than if you were to take a steroid pill orally. Sometimes skin absorption is actually a more effective form of drug delivery than oral consumption, because you can bypass liver metabolism by getting a drug in through the skin. Nicotine patches and fentanyl patches are examples of systemic drugs delivered via the skin.

And some oils, like medications, do have components that permeate the skin to some degree. Examples of this include tea tree and lavender oils. These in particular have been shown to have effects on hormone systems[3]. There have been cases of pre-pubertal boys using products with lavender and tea tree oil topically and they had lower levels of sex steroids in their blood and breast enlargement, which resolved with discontinuation of the essential oil-containing products[3].

Some oils are likely to be more helpful or harmful than others. Coconut oil, for example, has been shown to have antibacterial, antifungal, and moisturizing properties. I’ve had several patients use coconut oil to treat minor skin problems to good effect. When it is all said and done, using oil on your skin is a process far removed from eating it and there’s no reason at all to worry about enjoying a nice massage.