Topics » Success Stories » The Inflammation Was Unbearable, Dairy and Eggs Had to Go 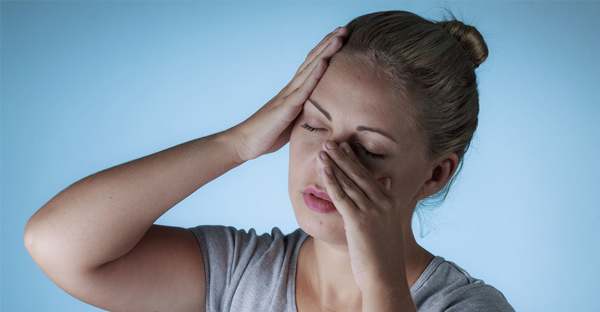 The Inflammation Was Unbearable, Dairy and Eggs Had to Go

To quote the late, great Erma Bombeck, “I come from a family where gravy is considered a beverage.” In fact, I can still remember waking up, as a child at my Grandma’s house to the intoxicating smells emanating from her kitchen. Sunday breakfast usually consisted of bacon and eggs, hand-cut hash browns, and Lord Almighty, her sausage gravy. Gravy so thick and full of flavor, it could have been a meal by itself. The recollection of her pan gravy slathered over fried pork chops and buttered mashed potatoes, still leaves me weak in the knees. Truth is, I get a bit misty eyed when I think back on those meals.

Until my late 20’s, I was a perfect bill of health. I could eat McDonald’s, drink beer, and have a midnight snack, whenever I wanted. I never gained a pound. And then at 29, I got married. After two years of eating cheese and sausage for dinner, drinking boxed wines, and sucking down a many microbrew with my new hubby, I had gained 16 pounds! Two kids later, I had gained another 15 pounds. But it was baby number three at 41 that was the game changer. Suddenly the weight would not come off, and I began to get sick…really sick.

After lots of Google searches, I discovered that I had “silent reflux” in my last pregnancy. In other words, I had GERD, but didn’t know it was GERD, because the typical burning associated with it was conspicuously absent. The silent reflux (likely caused from a hiatal hernia) triggered my bronchial nerve, setting off severe asthma attacks. I was put on an inhaled steroid and albuterol for the last few months of pregnancy. I had my own nebulizer, and more than one trip to the emergency room because I couldn’t breathe. But because it was undiagnosed “reflux” and not true asthma, nothing the doctors prescribed helped. In fact, they made things worse. The steroids caused my blood sugar to skyrocket, leaving me with gestational diabetes and insulin shots. I became a high-risk pregnancy and had to be seen twice a week by a Maternal-Fetal Medicine (MFM) physician, with weekly ultrasounds. In the end I delivered a healthy, beautiful baby girl. But my list of chronic ills only began to pile up.

I suffered with a post-nasal drip cough and multiple bouts of sinusitis. I was often up for hours in the middle of the night (every night) drinking water just to clear my throat, leaving me tired and lethargic during the day. That first year after the baby was born, my doctor had prescribed me antibiotics four times. The horrible joint pain I had in both knees actually led me to have a medical procedure called PRP. The pain in my hands had become so bad I could scarcely bend my fingers without recoiling in agony. My doctor told me that I likely had either Rheumatoid Arthritis (RA) or Lupus. My menstrual cycles were a crime scene. In fact, I was afraid to leave the house the first day because of such extreme bleeding. I soon developed a severe iron deficiency. My nails were cracked and brittle, my hair had stopped growing, and I could hardly catch my breath when walking up the stairs. I was miserable and had become a shadow of the person I once was.

Then one day while at my chiropractor’s office, I began coughing. I apologized and explained to the doctor that I was constantly stuffed up and the drainage was worse when I was on my back. He asked me if I had ever been tested for a dairy allergy and encouraged me to meet with his wife a fellow chiropractor and nutritionist. On my way out, I scheduled an appointment with her to have my blood drawn for a comprehensive food allergy test. Little did I know how much that brief conversation would completely change my life.

My reflux had gotten so bad, most nights I slept in my husband’s recliner just to get to sleep. I was taking two Prilosec a day and it was only getting worse. I had developed what they called Acid Rebound, a vicious cycle between the acid blocker and the body (whose natural response to no acid, is to produce more acid).

When I met with the doctor she spent an hour going over my IgG blood test. Dairy and eggs were definitely the biggest culprits of inflammation. Frankly, I was dizzy when I left, but I headed straight to Whole Foods. Within 11 days, I had lost 9 pounds and my energy levels soared. I learned that this was likely the amount of inflammation I was carrying around in my body tissue. Within 6 months, I was down 24 pounds, and my joint pain and reflux was gone. People told me that I was glowing!

I spent the next several months reading everything I could get my hands on about nutrition and chronic disease. I earned my Plant-Based Nutrition Certificate and am studying to become a plant-based chef. I celebrated my one-year anniversary being a vegan in April. My husband and kids have since joined me in a whole food, plant-based (WFPB) lifestyle and my husband is down nearly 70 pounds from his highest weight. By changing my diet, I gained more than my health back. I gained my life back.