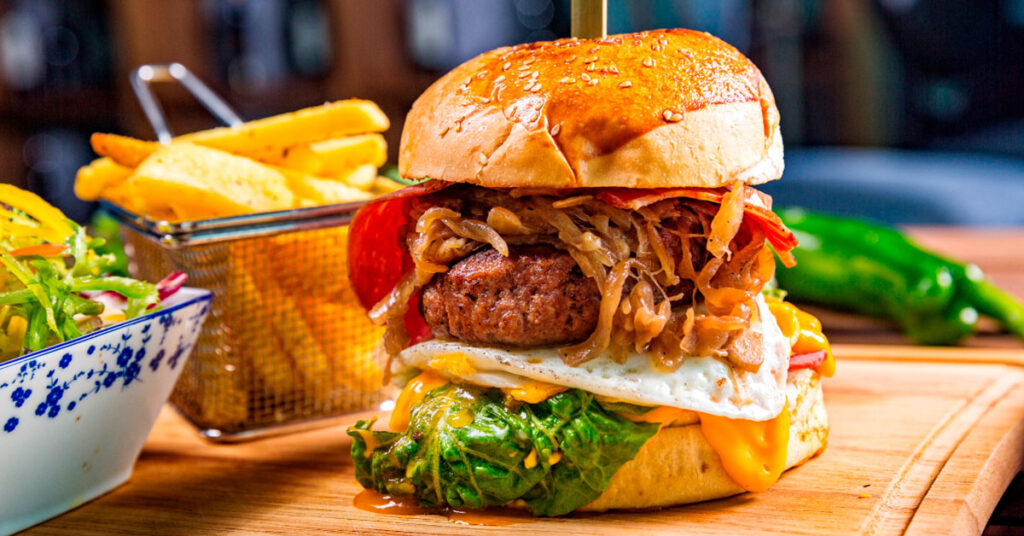 Is Saturated Fat Really That Bad?

I initially intended for the following to be a formal Response published in the peer-reviewed American Journal of the American College of Cardiology from me to twelve researchers who recently published a major review on the health effects of saturated fat which is mostly found in meat, milk and eggs and which is likely to get a lot of publicity in the near future.[1] These authors concluded that the widely publicized evidence warning against the consumption of saturated fat during the last 40–50 years should be questioned.

Instead, I decided to publish it on the CNS website and in the newsletter because the time required for review by the journal, etc., would likely be much too long and this report is likely to gain a lot of publicity in the near future. Moreover, I believe we can reach a wider audience for this important topic by publishing it here. I would invite any of the authors of the paper to please feel free to rebut these comments.

For background, here are some quotes from their abstract:

The recommendation to limit dietary saturated fat (SFA) intake has persisted despite mounting evidence to the contrary. Most recent meta-analyses of randomized trials and observational studies found no beneficial effects of reducing SFA intake on cardiovascular disease (CVD) and total mortality, and instead found protective effects against stroke…..Overall, the results of randomized clinical trials and observational cohort studies do not support a rationale for population-wide restriction of dietary saturated fat to a target below current intake levels…..A food-based approach to guiding saturated fat intake is warranted particularly since foods have a complex matrix, and their health effects cannot be predicted by the content of any individual nutrient.

It may surprise some in the CNS audience to learn that I agree with these authors on an important point: I, too, question the widely held belief that saturated fat is the primary cause of heart disease and related ‘Western’ chronic degenerative diseases. In fact, in my opinion, the focus on saturated fat is one of the most misguided and destructive consequences of the field of nutrition during the past fifty-plus years.

Debates about saturated fat have been at the center of several major diet and health policy reports, especially those published since the 1977 McGovern dietary goals report. These earlier reports focused on total dietary fat, dietary cholesterol and saturated fat as the principal nutrients responsible for the higher rates of degenerative diseases in Western countries. To further support these recommendations, upper limits were set at 10% of total calories for saturated fat and 300 mg/day for cholesterol.

This meant limiting or even avoiding foods containing saturated fat and dietary cholesterol—animal-based foods—a worthy goal for health reasons, but it was wrong to focus on saturated fat and dietary cholesterol as the primary nutrients of concern. Focusing on parts rather than the whole, which I consider to be inappropriate reductionist reasoning, discounts both the far-reaching health benefits of vegetables, fruits, legumes, whole grains, nuts and seeds, and the range of illnesses caused by animal-based foods. In other words, the mere act of focusing on saturated fat as the main offending agent in the whole diet, regardless of whether it is considered healthy or unhealthy, is misleading.

It is easy to see that this report serves the industries who promote consumption of animal-based foods, especially the dairy industry.

One consequence of this oversight is that if the perceived evils of saturated fat are proven to be untrue, many will mistakenly infer that animal foods are not unhealthy after all. This seems to be the primary purpose of this review: to remove the public stigma of greatest concern for animal-based foods. To strengthen this argument even more, evidence is cited showing that increased not decreased consumption of saturated fat might even be beneficial for preventing stroke.

The reductionist algorithm also applies in the same way to the metabolic biomarkers of nutrients being consumed, whether they are directly or indirectly in their metabolism. These include, for example, HDL and LDL serum cholesterol, large fluffy or small dense lipoproteins and countless other metabolic events.[2] Focusing on independent entities, either the nutrients consumed or the events of their metabolism, is the prima facie exhibit of reductionism. Such a strategy is nutritionally meaningful only when it is understood to be an integral part of the wholistic paradigm.

Moving beyond a focus on saturated fat, good or bad, suggests that we will once again be free to interpret the health effects of the whole diet. Although these authors give lip service to this idea in their abstract, stating that “food-based approach to guiding saturated fat intake is warranted particularly since foods have a complex matrix [and] their health effects cannot be predicted by the content of any individual nutrient”, their recommendations nonetheless lean on a reductionist strategy. For example, they 1) advocate a diet according to “carbohydrate tolerance,” 2) emphasize a “more personalized and food-based approach,” 3) tailor “dietary saturated fat intake to cardiometabolic risk,” perhaps according to genetic factors, 4) “match each person to their individual best diet which is culturally appropriate” and 5) consider types of fat and their possible combinations for each person.

These are consequences of the reductionist algorithm. They encourage us to make our dietary choices based on “carbohydrate tolerance,” cardiometabolic risk, and genetic factors; to focus on specific combinations of fat types that suit each person; and to personalize our diets based on what is culturally appropriate. These points may make sense as a matter of individual preference, but do they provide helpful guidelines for the public? They honor an individual’s right to choose a diet for themselves, but little about what is healthy for people in general, especially when the total dietary information is so complex and confusing.

It is easy to see that this report serves the industries who promote consumption of animal-based foods, especially the dairy industry. The authors cite evidence which “unequivocally” shows, in their view, that “modern humans required continuous dairy consumption for survival to reproductive age” and that “whole-fat dairy may also be protective against type 2 diabetes.” They also find that dietary recommendations to reduce intake of saturated fatty acids may “cause a reduction in the intake of nutrient-dense foods (such as eggs, dairy, and unprocessed meat),” and pay their respects to “meat … a major source of protein.”

Their use of the concept of “nutrient density” is another flawed, reductionist strategy. This metric depends on which nutrients are included in the calculation and which biological responses to those nutrients are used to assess “nutritional” value. These two factors are highly variable and unreliable. Physiological and biochemical factors that contribute to the variation of nutrient density in a single food item include many steps during metabolism that are adjustable, depending on body needs and on the presence of other food factors consumed in the same meal. These include ever-changing rates of digestion, intestinal absorption, serum transport, cellular uptake and many stages of metabolism. This concept is only useful for marketing purposes, illegitimate as they may be.

On the authors’ point that “meat is a major source of protein,” implying that we are free, even encouraged, to eat as much as we want, it should be noted that plants provide all the protein needed. A plant-based diet can easily meet the recommended daily allowance of 8–10 percent dietary protein (as a percent of total calories) that has stood the test of time since it was first established by the Institute of Medicine of the U.S. National Academy of Sciences more than 75 years ago.[3] The perceived importance of protein—especially animal-based protein—has been emphasized in the nutritional research community ever since it was first isolated in 1839 by Gerhardt Mulder[4] in Denmark. Ever since, more than any other nutrient, animal-based protein has driven overall dietary choice.

While these authors selectively cite evidence to advance the animal foods agenda, they also ignore remarkably consistent findings from observational studies which show linear regressions of disease occurrence with animal protein-based diets, especially including various cancers, heart disease and osteoporosis—all the way down to zero consumption of animal protein. These observations are supported by laboratory animal and human intervention studies which provide biologically plausible, causal mechanisms.[2] It is important to note that disease promotion by animal protein-based diets includes both the direct effects of increased consumption of animal protein and the indirect effects of decreased plant food consumption, the result of total food consumption being a zero-sum effect that hinges on calorie consumption.

More than a century ago, experimental animal studies showed that the consumption of animal protein was more responsible than dietary cholesterol for increasing levels of serum cholesterol and early atherosclerosis.[5][6] Later, mid-century human studies corroborated these findings. [7] At about the same time, Ancel Keys, who is often held accountable for the low saturated fat policy recommendation, also suggested in 1956 that “it is now clear that dietary cholesterol, per se . . . has little to no effect on the serum cholesterol concentration in man.”[8][9]

It is my conclusion that this entire forty–to–fifty–year period of saturated fat misrepresentation (and that of cholesterol) could have been avoided if the effects of animal-based protein on serum cholesterol and heart disease risk (as well as related disease risks) had been acknowledged (or rejected on substantive grounds). By ignoring that incriminatory evidence against consumption of animal protein and focusing, instead, on saturated fat and dietary cholesterol, we have missed a great opportunity to address the real cause for high rates of cardiovascular and other degenerative diseases: animal–protein–containing diets.[10]

Unfortunately, this paper falls into the same trap. Despite properly questioning the evidence against saturated fat, it fails to resolve the otherwise superficial debates and confusion about nutrition and disease risks that has occurred for so many years. Within that history, there is a huge amount of published “scientific” evidence, virtually always evaluated in a highly reductionist manner that misleads the public for personal or corporate purposes.[2] Who among the public, desperate for reliable information on personal health, could possibly discern the truth within such a tsunami of scientific evidence?

A final hint of what is wrong with this paper is revealed when we look at the authors’ potential conflicts of interest. Six of the twelve authors have listed a total of eleven dairy industry and support groups that have contributed to their research. Having been professionally engaged in this discipline for 65 years, beginning with a personal background of milking cows, then doing a doctoral dissertation promoting the consumption of animal-based protein, I can only wonder what darkness lies in our future. [13][12][13] It is time for the science research community to take more responsibility for their work that is so important for the public. It is time to fully expose our conflicts of interests and the reason for such conflicts.

Plant Oils Are Not a Healthy Alternative to Saturated Fat

A Fallacious, Faulty and Foolish Discussion About...

Selling Fat: The Recipe for A Low-Carb Diet Book