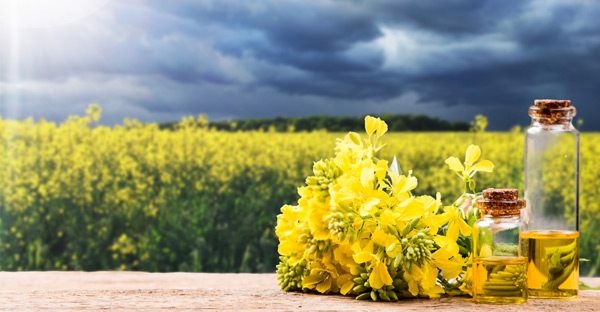 Plant Oils Are Not a Healthy Alternative to Saturated Fat

There seems to be a long held, widespread belief that saturated fat causes bad health, especially heart disease, perhaps some cancers and other ailments. This belief has often been used to defend vegan and vegetarian diets. Unfortunately, this is a weak defense. Not only does this misguided argument illustrate the importance of relying on sound science for food and health recommendations, it undercuts the very important health message portraying the benefits of consuming whole, plant-based foods.

Now, for some specifics. Saturated fat is much more common in animal-based foods, thus inferring to most people that this is a big reason why consumption of these foods should be minimized or avoided. This story became prominent in the 1950s-1960s when comparing the health value of diets in the Mediterranean area with ‘Western’ diets commonly used in the U.S. and U.K. Diets higher in saturated fat have been shown in many studies to be highly correlated with higher rates of heart disease and certain cancers. In contrast, polyunsaturated fats (PUFAs), mostly found in plants, if anything, is inversely correlated (more PUFA, less disease) and, as a consequence, have been considered healthier.

So it went: ‘down with saturated fat-laden butter and lard, up with plant oils!’ I remember well that phase playing out in the marketplace. But also at that time, if we were to use the healthier, but liquid plant oils (more PUFAs), this presented a practical problem. People wanted fats that were solid, not liquid, at room temperature because they wanted to use this ‘oil’ to spread on their bread, like butter. To correct that problem, a chemical process was devised to bubble hydrogen through the unsaturated oil to convert them to a saturated fat, making them solid at room temperature. Unfortunately, this process led to the formation of a mostly synthetic saturated fat, now known as trans-fat. And you know this story. Evidence emerged to show that this unnatural form of fat causes heart problems.

The evidence that saturated fat is a major cause of heart disease, and possibly certain cancers, arises primarily from studies showing a high correlation between saturated fat-laden diets with more heart disease. This is a classic case where correlation does not necessarily mean causation, a serious misinterpretation. Blindly accepting saturated fat as the causation of heart disease was a mistake. It is not biologically plausible, and this relationship should have been questioned. Let me further explain.

Then, there’s another twist that is very important to consider. Unsaturated fat (PUFAs) are susceptible to tissue damaging oxidation, and saturated fat is not. Oxidation brings into consideration the formation of chemically reactive oxygen (as ‘reactive oxygen species, ROS) that causes aging and increases cardiovascular disease and cancer. For example, plant oils experimentally promote cancer much more than does saturated fats—that’s right. This is an experimental observation that is at least 30-40 years old.

From a practical perspective, however, this mainly refers to added oils-isolated from plant sources. It does not refer to the oil within those plant-based foods because plants contain lots of antioxidants to keep the tissue damaging effects of ROS under control. In my opinion, this is a primary reason for avoiding consumption of added oils. Another reason for avoiding these oils is their contribution to total calorie intake which displaces, in effect, the consumption of calorie containing whole, plant-based foods.

Focusing on fat as the main culprit of an unhealthy diet is seriously misguided for a variety of reasons.

I have been concerned with this topic since the 1970s. To this day I cannot accept the saturated fat proposition. Since then, this position on saturated fat (and cholesterol) has almost become a biblical verse, so to speak. In those days I was making the same point, with less supporting evidence. I predicted that public focus on dietary cholesterol and saturated fat (as causes of heart disease and/or cancer) would someday come back to haunt us, and, so it goes.