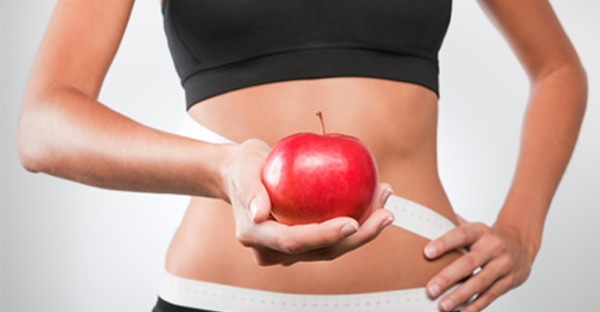 Those who limit healthy carbohydrates for a prolonged period have been shown to demonstrate mental lethargy and increased general fatigue as the first symptoms. If a carbohydrate restrictive diet is continued it can actually lead to internal organ damage and to the amazement of some, a reduction in lean muscle and excess body fat accumulation. If the body’s first choice for fuel (carbohydrate) is restricted it must then make another selection. If protein is all that’s available, then the body has no choice but to either stop its activity or burn protein. As mentioned earlier, protein creates toxins when burned for fuel. The production and elimination of toxins is of course a stress to the body and as such causes a stress response. As with all forms of stress cortisol, also known as the death hormone, will rise causing lean muscle to be catobolized and fat to be stored.

Training for my first Ironman triathlon, I entered into a new realm. The training was different from what I was used to, lower intensity, but much higher overall volume. With the intense workouts absent, the long ones seemed much easier, for the short term. It seemed that the more volume of training I could do the better. I was putting in eight to 10 hour training days. All was well; I was becoming steadily stronger each week, as per the plan.

What began to happen next I certainly did not expect. Despite the fact that I was performing 40 hours of exercise per week, I actually began to accumulate body fat! How could this be? Was I simply eating too much, more than I could burn? Not likely. So, what was the problem? Along with being undesirable, the extra dead weight slowly being gained over the summer was decreasing my strength-to-weight ratio, certainly a reason for concern. I had to stop this from advancing any further, but how? I tried what most people would have done to lose fat, cut back on calories. After a few weeks of a calorie-reduced diet, the situation was even worse, plus now fatigue was a real concern. I remained puzzled for some time over this one.

As it turned out, the cause of this strange situation could also be attributed to the causes of the previous year’s compromised sleep patterns. The answer of course was stress. Stress, primarily production (physical in this case), was what initially caused me to gain body fat. Had I trained the optimal amount, an amount that my body could recover from, I would have remained lean. As I found out later, the amount of training I was doing stressed my body to the point were my cortisol levels became chronically elevated for two months’ enough to gain body fat.

My adrenal glands were exhausted, and as a result, my hormonal health sharply declined. Not aware of this at the time, I surmised that I must have simply been taking in more calories than I was burning, as is the conventional way of thinking. By me reducing my caloric intake at a time when stress was already extremely high, I just precipitated the problem. Nutritional stress had now also become a problem. Had I began to eat more instead of less I would have helped my body recover from the demands of training more efficiently. I would have actually remained leaner by eating more.

My diet then consisted of primarily carbohydrates, with a modest amount of protein and almost zero fat. A diet rich in essential fatty acids as found in whole flax and hemp foods would have provided the extra fuel that my body needed to function more efficiently, thereby reducing stress. Of course, maca would have helped bring my adrenal glands back to optimum health within weeks. Chlorella’s detoxifying properties would have helped to cleanse my body, and its growth factor to speed my recovery.

An important lesson to be learned from this is that stress, even with high amounts of exercise, can cause fat to accumulate. Not eating enough nutrient-rich foods is stressful (as your body sees it). So yes, believe it or not, there are situations when eating more will reduce body fat percentage. In my book Thrive: The Vegan Nutrition Guide to Optimal Performance in Sports and Life, I offer several recipes to ensure the body remains well fuelled and lean.

Furthermore, if your goal is to lose body fat, be cognizant of the fact that dieting might not be the right solution. Ask yourself why it is that you have more body fat than you want. Are you overweight because you simply consume more calories than your body’s activity level can utilize? If so, than yes, a reduction in total calories will help. However, if you are one of those many people who have tried a wide array of diets with marginal success, only to have the weight come back, it’s time to get to the root of the problem. Follow the guidelines in Thrive will help you minimize nutritional stress to optimize health, that’s the main requirement.