Topics » Disease » The Link Between Nutrition and Cancer Is Not New, Just Ignored

The Link Between Nutrition and Cancer Is Not New, Just Ignored 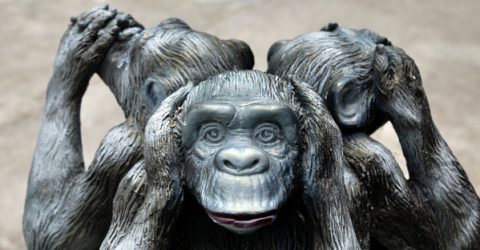 In 1982, I co-authored (along with 12 other U.S. National Academy of Science NAS Committee members) a 482-page report on “Diet, Nutrition and Cancer.” It was the first institution-based report to suggest that diet and nutrition was impressively connected to human cancer. Recommendations were made to decrease dietary fat and increase consumption of vegetables, whole grains, fruits and legumes for cancer prevention—eventually leading to a whole food, plant-based diet, so to speak.

This was said to be the most sought after NAS report in their history. The industry quickly pushed back, publishing within two weeks (!) their own 80-page ‘report’ composed of 56 testimonials from industry and academic scientists who questioned our ‘wisdom.’ They provided one copy for every member of the U.S. Congress. I was one of the more publically visible members of that NAS committee, testifying to congressional committees, being on national TV shows, etc., thus becoming a target of industry and its many academics who are industry apologists. This included, among other professionally serious incidents, a petition to have me investigated then expelled from my professional society, the American Institute of Nutrition, even though our executive council had just nominated me as their choice to be president.

According to the petitioners’ reasoning, I had betrayed (!) our society by supporting the NAS report, as if I were a member of a cult. Anything that inferred a decrease in total fat and animal-based foods, the backbone of the American diet, touched a very sensitive nerve. In retrospect, that report did indeed become a landmark event in the history of diet and cancer research, including increased funding for diet and cancer research at NIH that unfortunately was then used to help build the vitamin supplement industry.

Shortly thereafter (1985-86), I took a one year sabbatical leave at the University of Oxford to work with my colleagues on the data we had recently gathered from our project in rural China. Although that was an intellectually and personally exciting time for myself and my family, the troubles and accusations concerning diet and cancer connections back home only grew worse. I could not understand the extraordinary hostility and pushback that this 1982 NAS report had engendered (a result of my being ridiculously naïve, as I later came to realize!). Those of us on the committee had thought we had done something important. Most notably, our conclusions on diet and cancer were about the same as that of an earlier 1977 McGovern report on diet and heart disease (both reports were provided specific funds by the U.S. Senate). But, unlike heart disease, cancer was a very hot topic, especially when we questioned the consumption of meat (aka, animal protein).

I spent much of that year in Oxford trying to understand the history of diet and cancer for clues wherefrom this hostility arose, at least in the English-speaking world. Our 1982 NAS committee had assumed that this alleged connection of diet and nutrition with cancer was rather new including peer-reviewed scientific literature as early as 1931. I therefore spent much of my year in Oxford rumbling through four libraries (the Bodleian and Wellcome Trust libraries in Oxford, and the Royal Academy of Physician and Royal Academy of Surgery libraries in London) simply to research the older literature. I had two main interests, to learn whether this strange idea had earlier roots and to try to understand what do the words ‘nutrition’ and ‘cancer’ really mean—both are unusually contentious.

The connection of food and nutrition with cancer has a much richer history than I had imagined, going all the way back to the 1700s and picking up a trail left by Hippocrates and his contemporaries more than 2000 years before. Discussion on the causation of cancer became especially active and contentious during the 1800s, gradually establishing a position in the early 1900s for what was to become the institutions that we now depend on.

I wrote a fairly substantial paper (about 60 pages) and, except for making a presentation that year to a history of science conference in Sheffield, England, (now 30 years ago!), I set aside my paper and never published it—until recently. With more three decades to reflect on it, I am now convinced that that history has a lot to say about our current diet and health care system. We started wandering at least 200 years ago and, instead of charting a course for good, I believe that it fair to say that we strayed onto pathways—both for nutrition and for cancer—that has made it more, not less, difficult to understand their relationship.

After showing my manuscript to an old friend in cancer research, who is now editor-in-chief of a leading peer reviewed journal in the diet and cancer discipline, I took his advice to divide it into smaller pieces for publication. The first two pieces have been accepted and the first has just been published in the June issue of Nutrition and Cancer (open access) with the second to follow.

I offer this as a teaser leading to a much larger discussion not only of why the association of nutrition with cancer has been so difficult to understand but also how our future will be bleak if we continue on the present path. From the 1700s until about the time of the second World War, we created a tortured understanding of both disciplines, nutrition and cancer, that also reflects on our current healthcare system and the misguided debate that we are now experiencing. In my opinion, it was then that an infusion of capital became available to exploit an already questionable health care system—without nutrition—and turn it into the money-making medical machine that now is about to break our bank, destroy our environment and leave too many people without adequate health care.

I will follow up with additional papers as they become available.