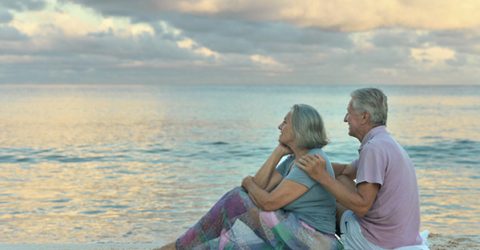 I had already been a whole food, plant-based (WFPB) eater for a number of years when I completed the eCornell Plant-Based Nutrition Certificate program. I’m 60 years old, athletic and feel great so my story is not particularly interesting, however, both my 83 and 84 year old parents had their health transformed by adopting a WFPB diet. They moved into my home recently and I do all the cooking. We got their last set of blood labs after they moved in and the improvement is nothing short of a miracle. Their cardiologist has taken them both off all medications with the exception of 1 each, and that may soon be eliminated, too.

Here are the details:
My father had a myocardial infarction (MI) 3.5 years ago, with a stent placement. He was placed on 4-5 different medications. He was 81 at the time; he had been a former marathon runner and long distance cyclist until his early 70’s. He had no history of high blood pressure. His cholesterol fluctuated around 200-260, but he was never placed on a statin. 14 months after the MI, he had another occlusion of the stent and had stent replacement. He was not at all overweight. His diet would be considered good by many uninformed people: moderate beef and poultry, a few eggs a week, skim milk, butter on toast but not on the veggies, whole wheat breads, a salad every night, olive oil in cooking, fresh vegetables and fruits, but he also ate grilled cheese sandwiches and ice cream. I added the last two items because he loved these foods. He had ice cream almost every night. He made sure my mother bought “ice milk” ice cream, thinking this would be more healthy.

In addition to his cardiovascular (CV) issues, he had a lengthy history of depression treated with various antidepressants with varied success. His depression after the two CV events was noticeably worse and his antidepressant was not helping.

My mother was diagnosed at the age of 82 with atrial fibrillation in December, 2013. She was hospitalized and placed on 3-4 medications. She also appeared to have early symptoms of dementia; the doctors said the AFib may have caused small cerebral strokes. She also had a history of irritable bowel syndrome (IBS) and high blood pressure. Her BMI was 36.2 and she was overweight, even though she had tried many diets over her lifetime.

By December 2014, it became apparent my parents could no longer live without meal assistance. They were relying more and more on convenience and fast foods, common among the elderly, and I felt this was contributing to their continuing decline. I had them move into my home in January 2015. They immediately started eating a WFPB diet. Within two days, my mother’s IBS symptoms were gone. No stomach aches or diarrhea. Within a week, my father’s digestive issues with constipation were gone.

They had their blood work done a few months later. Their cardiologist was surprised with the results. (He previously had told me he thought the WFPB diet was “too extreme.” I replied, “In my world, trying to keep track of 10 medications twice a day for two elderly parents is extreme!”)

My father’s total cholesterol went from 260 to 132. My mother’s went from 220 to 175. Their blood pressures are normal if not low. They both have been taken off all medications with the exception of one medication each. My mother lost 21 pounds in 3.5 months. My father lost 8 pounds, mainly from around his stomach.

As if that weren’t enough, we were amazed that my father’s depression improved markedly without any antidepressant, and my mother no longer needs thyroid medication. All of this was accomplished with real, whole foods, not pharmaceuticals.

Many thanks to Dr. Campbell for his groundbreaking research and his amazing book, The China Study. I read it and it changed my entire understanding of health and nutrition. In addition, Forks Over Knives was a great documentary to get the word out to the masses. I had my parents watch it twice so they could understand my rationale for changing their diet.