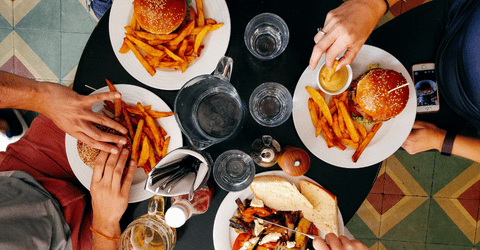 Food addiction and compulsive overeating are primary causes of obesity—a major problem in the US and many other countries. This article summarizes the causes and solutions to overeating and obesity. It is based on the book Sustainable Food Production and Diet. The whole system book discusses the most important components and consequences of food production and diet, including health, environmental degradation, global hunger, animal welfare, food deceptions, systemic changes, and overeating causes and solutions.

Switching to a whole food, plant-based (WFPB) dietary lifestyle is a solution to obesity. This diet can produce long-term weight loss: people can lose weight quickly and keep it off as long as they maintain the diet. Studies cited in The China Study show that vegetarians and vegans are 5 to 30 pounds lighter than meat-eaters on average.[1] Meat-eaters are three times more likely to be obese than vegetarians and nine times more likely than vegans.[2]

Obesity strongly contributes to many health and psychological problems. For example, being obese or overweight can substantially increase the risk of diabetes, heart disease, high blood pressure, stroke, osteoarthritis (degeneration of joints), sleep apnea and other breathing problems, and breast, prostate, colorectal, and kidney cancer. Obesity also can cause or contribute to pregnancy complications, menstrual irregularities, excess facial and body hair, urinary incontinence, social isolation, and psychological disorders such as depression.[6]

Obese people are nearly 300 percent more likely to develop dementia than people who are not overweight.[7] In addition, they have a substantially increased risk of death from all causes compared to healthy-weight individuals. Obesity contributes to over 160,000 deaths per year in the US.[8] The direct medical costs of obesity in the US are about $190 billion per year—that’s $90 billion more than is spent on cancer. Annual medical spending for an obese person is about $3,300 per year versus $500 for the non-obese.[9] Obesity accounts for about 21 percent of US healthcare costs.[10]

Many factors cause overeating and obesity. These include the type of food consumed, food company efforts to increase sales, subsidization of unhealthy foods, other components of lifestyle, stressful society, bad habits, neurological characteristics, and psychological issues. 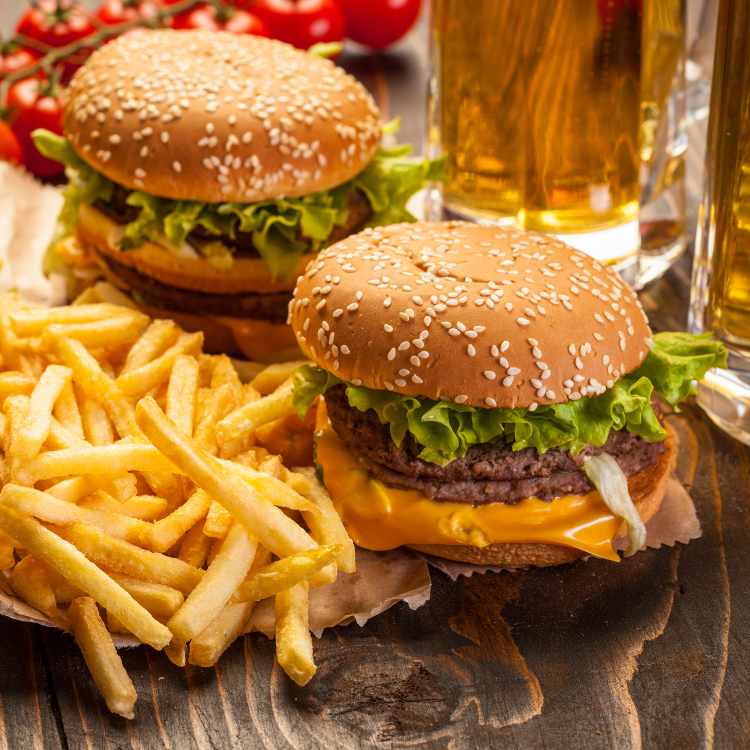 Food Companies. Flawed economic and political systems compel food companies to seek ever-increasing shareholder returns. To achieve this, they use many strategies that cause people to eat more food than they need.

To illustrate, food experts found that combining sweet and salty flavors drives people to eat more. As a result, more processed foods contain sugar and salt. Companies also encourage people to eat more by supersizing—providing larger portions of food at higher prices. In addition, they learned that people often would eat more if individual pieces of food were smaller. As a result, they began making more bite-size cookies, crackers, and other products.[12]

Companies also studied how food feels and dissolves in the mouth. About 30 years ago, food required about 20 to 30 chews per bite-sized portion of food. To increase food sales, companies often made food easier to chew. Now only about half as many chews are required. To further increase food sales, businesses hired human psychology experts to develop food advertisements. Food ads usually are designed to trigger food cravings and maximize food consumption.[13]

Subsidies. Corn, wheat, and crops fed to animals are heavily subsidized. They often are used to produce fattening refined carbohydrates and animal products. Subsidization makes these products appear to be far less expensive than they are. People wind up paying for much of their food costs through higher income taxes and healthcare costs.

Lifestyle. Excessive TV watching, web surfing and other cyberworld activities, and lack of exercise also promote obesity. Only about 30 percent of adults in the US exercise regularly. About 40 percent do no exercise.[13] 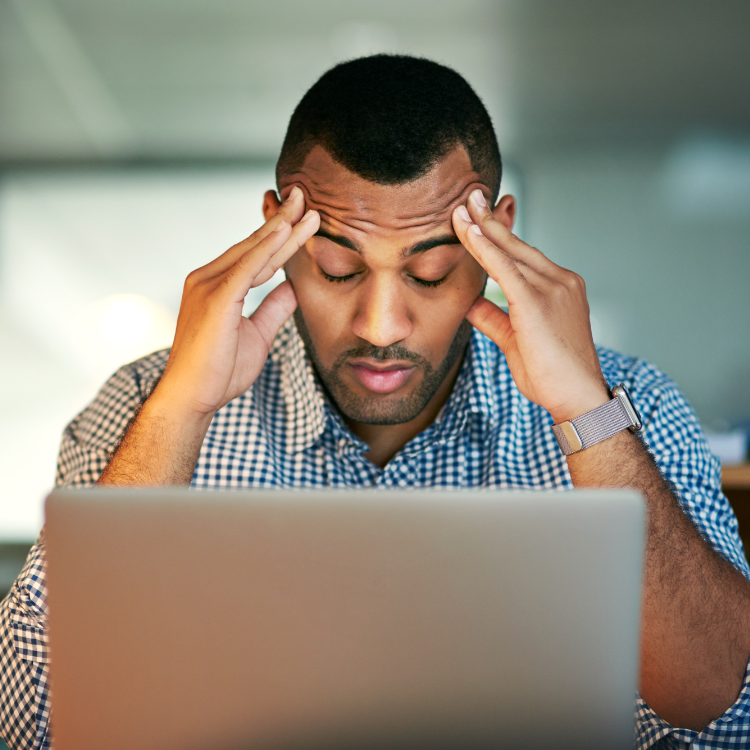 Flawed economic and political systems concentrate wealth at the top of society. Inflation-adjusted wages have been nearly flat for 40 years. Today’s young people are the first generation in US history that will be worse off financially than their parents.[14] Financial difficulties often increase stress.

Obese and overweight people often display classic signs of addiction, such as loss of control, lack of satiation, and preoccupation with food. They frequently are unable to resist their favorite foods, do not develop a sense of fullness or satisfaction when eating, and think about food frequently, even when they are not eating.

Psychological. Food addiction and compulsive overeating ultimately are psychological problems. People are not forced to overeat. Addiction related to damaged reward circuits is not a choice, but individuals do have the ability to choose non-addictive behaviors. Damaged reward circuits and fat/sugar/salt-laden foods can make it very difficult to stop overeating. But addiction is tendency, not destiny. People can always choose to not overeat.

Ending addictive or compulsive overeating is an act of self-love. It often requires courage and a willingness to face the unknown. These changes can be difficult. But it is not impossible. Millions of people have done it. Overcoming food addiction requires a sustained commitment to developing healthier habits.

Also, even if people successfully moderate their consumption of unhealthy foods, they often feel deprived. The pleasure they associate with eating remains largely focused on unhealthy foods. This sense of deprivation can cause people to forgo moderation and overindulge.

Changing Habits. Changing habits is essential for reducing overeating and obesity. Overeating is a common response to stress and other negative emotions. Over time, the response becomes habituated and reward circuits form. Overeating and other harmful habits form through repetition. As a result, repetition is also required to replace these habits with healthy ones.

Strengthening healthy habits is key to making healthy eating easy and automatic. Simply ending a harmful habit often is difficult because it leaves a void. There frequently is a strong tendency to fill it with old habits. A far more effective strategy is to develop and strengthen healthier, satisfying habits or behaviors that can fill the void and push the unhealthy habit out. 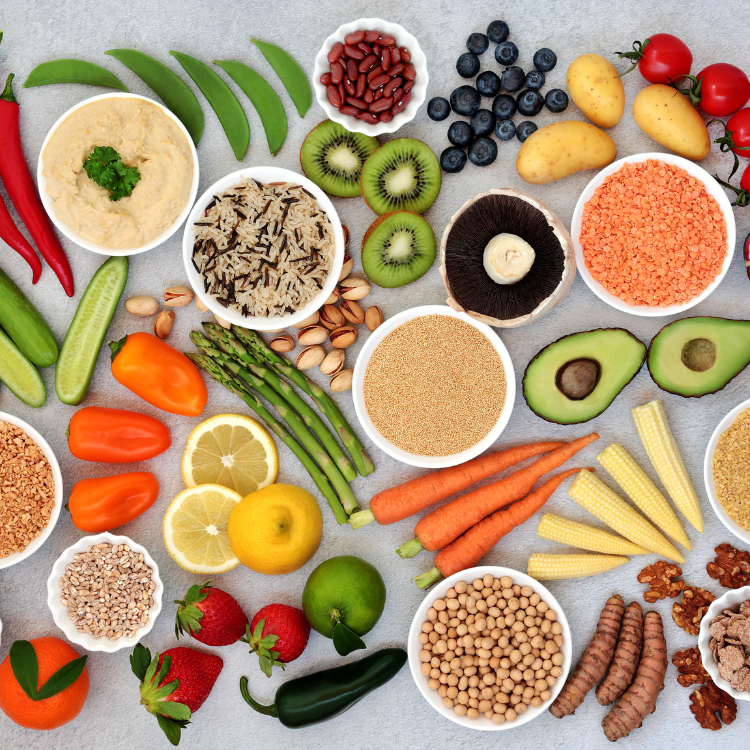 Intuitive Eating. This approach involves developing a natural, anxiety-free relationship with food. People learn to identify natural, inner signals that tell them when, what, and how much to eat. Dieting, emotional eating, and standardized mealtimes often interfere with natural hunger signals.

With intuitive eating, people learn to reconnect to their natural body signals. They learn to identify when they are hungry, what they want to eat, and when they are full. They are encouraged to eat what they want when they want it based on their natural inner signals. The goal is to remove the sense of scarcity and deprivation that often leads to binging and overeating. This is replaced with a sense of abundance, which helps people to feel calm and satisfied. A key aspect of intuitive eating is avoiding dieting because this frequently produces the deprivation/binge/guilt cycle. As a result, dieting rarely works.

Cognitive-Behavioral Therapy. CBT is an effective way to reduce overeating and obesity. It is based on the idea that thoughts cause feelings and behaviors, not external things like people, situations, or events. Life satisfaction results mainly from perceptions of life rather than life itself. This is highly empowering. People can change their thoughts and ideas about life circumstances, as well as actions that result from them. But they often cannot change external factors such as other people and past, present, or future events.

CBT is based on the scientifically supported idea that most emotional and behavioral reactions are learned. Therefore, the goal of CBT is to help people unlearn unwanted or harmful reactions and learn new ways of thinking and reacting.[16]

Successful dieting and long-term weight loss require learning and practicing new behavioral and cognitive skills. Behavioral skills focus on how to diet. They might include learning how to schedule meals and snacks, arrange one’s physical environment, set up reward systems, eat while traveling, eat during holidays, eat less junk food and more fruits and vegetables, and limit portion sizes.

Cognitive skills include learning how to stay motivated long-term, deal with hunger and cravings, and recover immediately from an eating mistake. The process often involves replacing negative thoughts with positive ones.

The CBT approach says that if someone is eating for emotional reasons instead of physical hunger, they would benefit from learning to do something else. When one is inclined to eat for emotional reasons, they might instead go for a walk or talk to a friend. Just as failure breeds more failure, choosing successful thoughts and behaviors will also produce more success. Each healthy eating choice makes the next one easier.

CBT could be thought of as an intellectual or knowledge-based approach to dieting. This approach applies positive ideas and thoughts to counteract negative thoughts and maintain long-term weight loss. Important examples include overcoming rationalizations, such as “I’ll do it tomorrow.”

A useful intellectual tool is to assume that tomorrow does not exist. People never quit overeating or other addictions in the future. They quit today, or they do not quit at all. Rather than continuously extending the deadline for ending overeating, it often is better to bite the bullet, quit now, deal with a few weeks of discomfort, and emerge at the other end into a vastly more satisfying and healthy life. 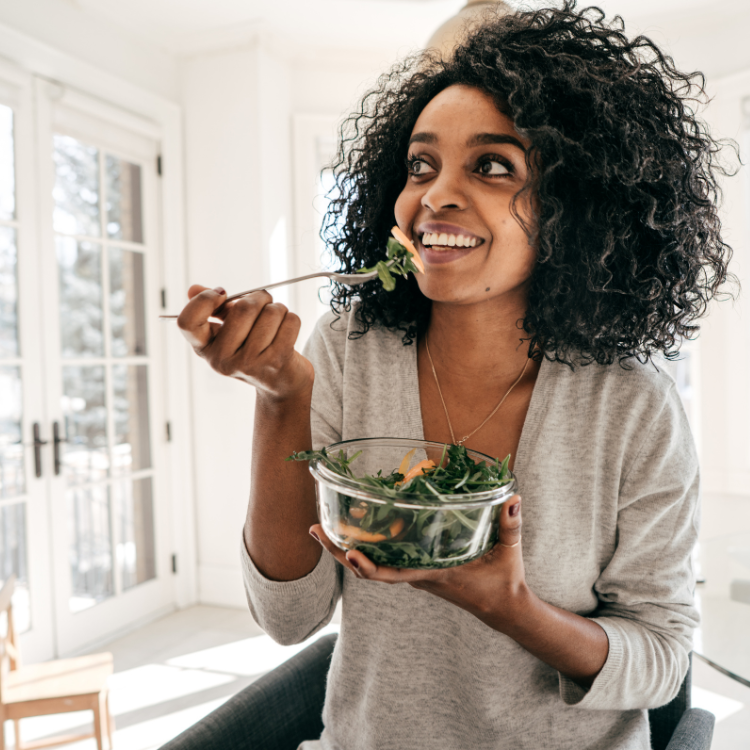 Twelve Step Programs. Engaging in Twelve Step programs is a highly effective strategy for ending overeating and other harmful behaviors. Taken from Alcoholics Anonymous, the Twelve Steps condense the basic spiritual principles of the world’s great religions into a non-dogmatic, universally applicable approach. They are based on the idea that overeating and other addictions are symptoms, often caused by psychological issues, such as fear, anger, resentment, and selfishness. These produce negative emotions that often are suppressed with overeating. Resolving psychological issues frequently removes the compulsion to overeat.

The program involves accessing the inner wisdom available to all people (referred to as a higher power), striving to remove character flaws, making amends, and living a life of service. The Twelve Steps have been used to guide self-help programs for nearly all addictions. They have helped millions of people to end overeating and other harmful behaviors.

Following Your Bliss. This is a powerful strategy for relieving the compulsion to overeat and achieving a successful, satisfying life. Joseph Campbell promoted the concept during a series of interviews with Bill Moyers called The Power of Myth. He suggested that people identify what uniquely excites them at a deep level, and then build their lives around it.

People often do what society says is important instead of following inner guidance. Ignoring inner wisdom frequently produces emptiness and dissatisfaction. People often attempt to fill this void with overeating and other addictions. But it never works. The solution is to live an authentic life guided by one’s inner wisdom.

Meditation. This also is an excellent way to control overeating and other harmful behaviors. The focus of one’s mind largely determines the quality of one’s life. Our divisive, disempowering culture often fills people with inadequacy and fear. When the mind dwells on the negative, the negative expands.

WFPB Dietary Lifestyles. As noted, adopting this dietary lifestyle is one of the most effective ways to lose weight and end overeating. People do not have to give up the joy of eating. There are many delicious WFPB meals. By switching to this lifestyle, people can develop new tastes and reward circuits. WFPB diets maximize health, longevity, and vitality. They strongly support the achievement of a successful, satisfying life.